With more than 50 subject-matter experts from Indiana University School of Medicine and IU, the Indiana Alzheimer's Disease Research Center is a leader in Alzheimer's disease research. From the discovery of new medications and unraveling mysteries behind rare forms of dementia to shedding light on early-onset Alzheimer's— the center investigates all realms of brain health and dementia-related disease.
Research spotlight

Advocating for those left behind in research 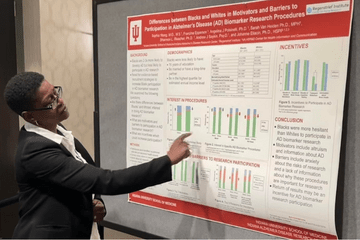 of views of Alzheimer’s disease (AD) research in underrepresented populations. Researchers and collaborators at the IADRC examine how to develop message content that may motivate potential participants to engage in or avoid Alzheimer's studies. This study will fill a significant gap in the literature by providing valuable information about cultural differences in perceptions and motivations to participate in Alzheimer's biomarker studies.

Discover more about those leading this effort 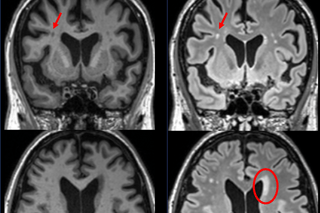 The connection between cell dysfunction and delirium

IADRC expert, Sophia Wang, MD, received a grant from the National Institute on Aging to explore an area of the COVID-19 pandemic that connects endothelial cell dysfunction with intensive care unit (ICU) patients who develop delirium. 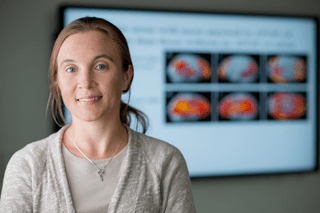 Could the eye be a detector for Alzheimer's?

While experts at IU School of Medicine pursue research that could lead to effective treatment, researchers at the IADRC aim to discover new methods for screening at-risk older adults for early symptoms of the disease.

Having completed her PhD at IU, Shannon has particular expertise in visual, olfactory and other sensory measures as potential biomarkers of Alzheimer's disease pathology in early stages of disease.