Dave Roberts backs drivers who push a car to the limit to take a checked flag. Now, he and his wife are supporting researchers at IU School of Medicine as they speed up searching for ways to halt Alzheimer’s disease. 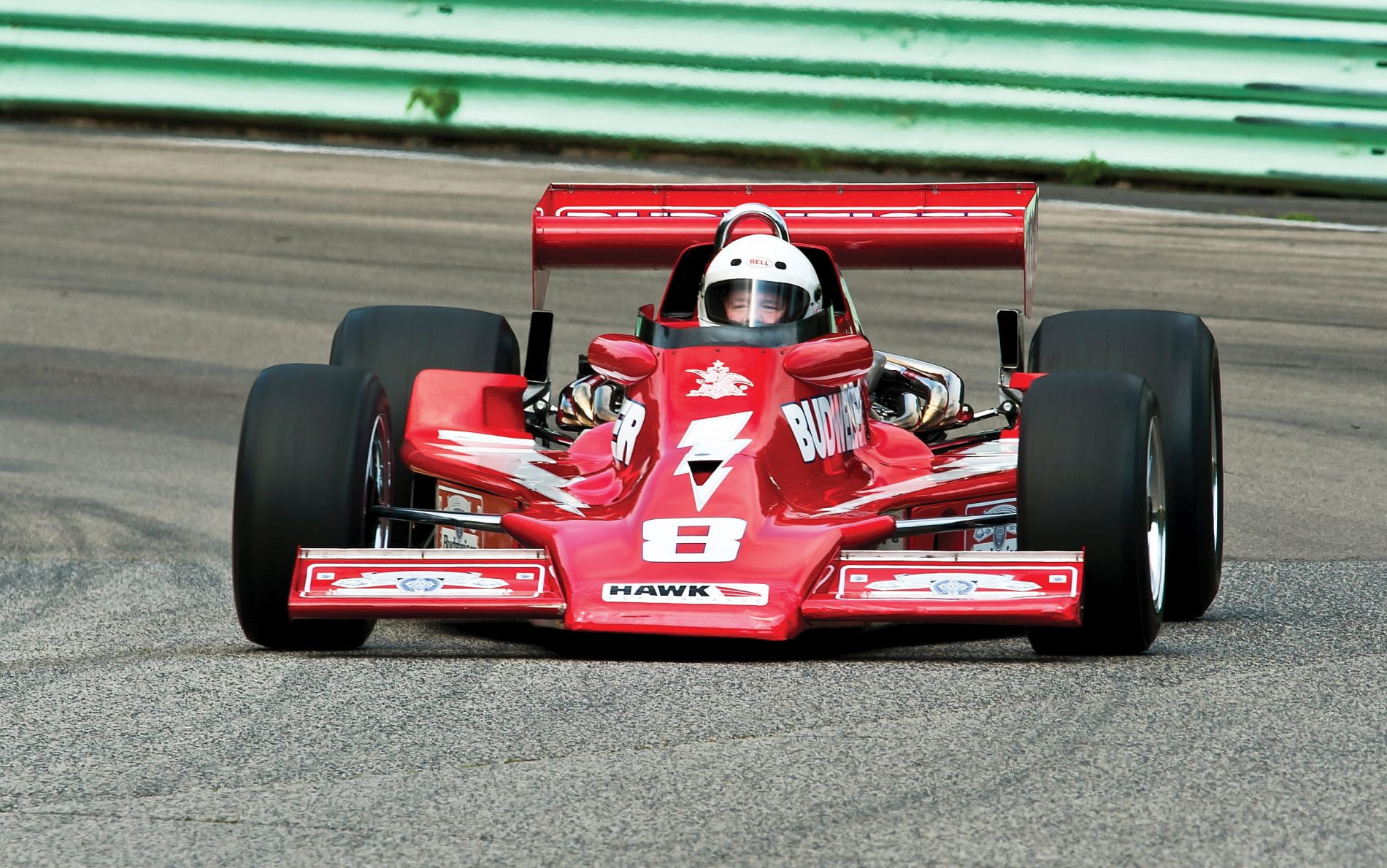 DAVE ROBERTS is all about speed.

The North Carolina-based businessman cultivated a love of racing at an early age and has amassed a collection of autos that would make any fan jealous. There’s the 1978 Indy car that ran in the 500. A coveted ’16 Porsche and an ’08 Corvette. And the ’69 yellow-and-blue Camaro he partnered with Indy Car driver Alex Lloyd to race in the 2016 pro-am Brickyard Vintage Racing Invitational at the Indianapolis Motor Speedway.

The multinational company he led for nearly a decade even sponsors drivers through its companies, including 2015 Indianapolis 500 winner Juan Pablo Montoya.

But Roberts’ obsession with moving fast doesn’t end at the race track.

He and his wife, Susan, are providing much-needed fuel to Indiana University School of Medicine to accelerate research related to Alzheimer’s disease. Among other gifts, the couple gave $2 million that was used to recruit a highly respected Alzheimer’s researcher from the Cleveland Clinic and another $1 million to purchase high-tech equipment necessary for his work.

“My goal is to make Indiana University front and center in the fight against this disease,” said Bruce Lamb, PhD, who now bears the title of Roberts Family Professor of Alzheimer’s Disease Research in recognition of the family’s generosity.

In addition to continuing his own science, Lamb oversees a wide-ranging research program related to diseases that affect the brain and nervous system as executive director of the Stark Neurosciences Research Institute.

For both Dave and Susan, who have been married for 45 years, the desire to make inroads against Alzheimer’s is born, in part, from personal experience.

Dave’s father, Wayne, suffered from memory loss late in his life. Shortly after Dave’s mom died, the World War II veteran left their longtime home in Illinois for the warmer climes of Alabama. Every Friday, he made the roughly 50-mile drive to Pensacola, Florida, to buy a single lottery ticket. “One ticket,” Dave says matter-of-factly.

Then came the phone call from Dave’s cousin who lived nearby. “He said, ‘We can’t find your dad. He went to buy a lottery ticket and he never came back.’ ”

Wayne Roberts had spent countless hours on the road during a long career as a truck driver, but this day, he headed in the wrong direction. He ended up in Nashville, Tennessee, confused and uncertain where he was. His memory continued to decline over the next few years. He died on October 5, 2010, at the age of 84.

Susan’s mother, Kay, also suffered from dementia when she reached her 90s. She died five years ago at age 96.

Still, Susan is quick to point out that the gift isn’t just about their families, but about all those who suffer because of Alzheimer’s disease and dementia. More than 5 million Americans are living with Alzheimer’s disease, and another 15 million loved ones and family members bear the strain of caring for them.

“For me, it wasn’t really as much about our parents as it was about all of our friends being touched by Alzheimer’s disease—the grand scope of all who are affected. It touches people now more than ever. Ten, 15, 20 years ago, people had heard of it but it wasn’t everywhere.

“To me, the only answer is research,” she adds.

When it came time to direct their gifts, the Roberts chose Indiana University School of Medicine because of deep ties to the university and state.

Though neither was born in Indiana, the couple met when both worked in Gary for the Budd Company, a major manufacturer of automobile parts and railroad cars. Dave had returned from service with the Marine Corps and accepted a full-time position as a mechanical designer. Susan, at the time an undergrad at IU Bloomington, took a summer job with the company. When she returned to school in the fall, he frequently made the long drive to Bloomington to see her.

Dave continued to work full-time at the Budd Company while simultaneously pursuing a degree from Purdue University, and he later earned his MBA from IU Northwest. Meanwhile, his business acumen and hard work impressed higher-ups. He progressed up the ranks at the Budd Company, then later held management and executive positions at Pitney Bowes, FMC Corporation, the Marmon Group and Graco Inc.

He is chairman of the board of Carlisle Companies, a publicly traded, global company that designs, manufactures and markets products for well more than a dozen industries, including construction, aerospace, transportation, mining and automotive. He previously served eight years as the company’s chairman and CEO.

Dave and Susan hope their gifts to IU School of Medicine contribute to scientific advances that provide tangible benefits to patients with Alzheimer’s disease.

Lamb understands the urgency. If ways to successfully prevent or treat the disease aren’t discovered, the number of Americans with Alzheimer’s could swell three-fold by 2050, to 15 million.

Luckily, speed is something Dave Roberts knows all about.