Longtime supporters Dave and Susan Roberts have committed to outfitting labs in a new medical research building that will seek answers for neurodegenerative diseases. 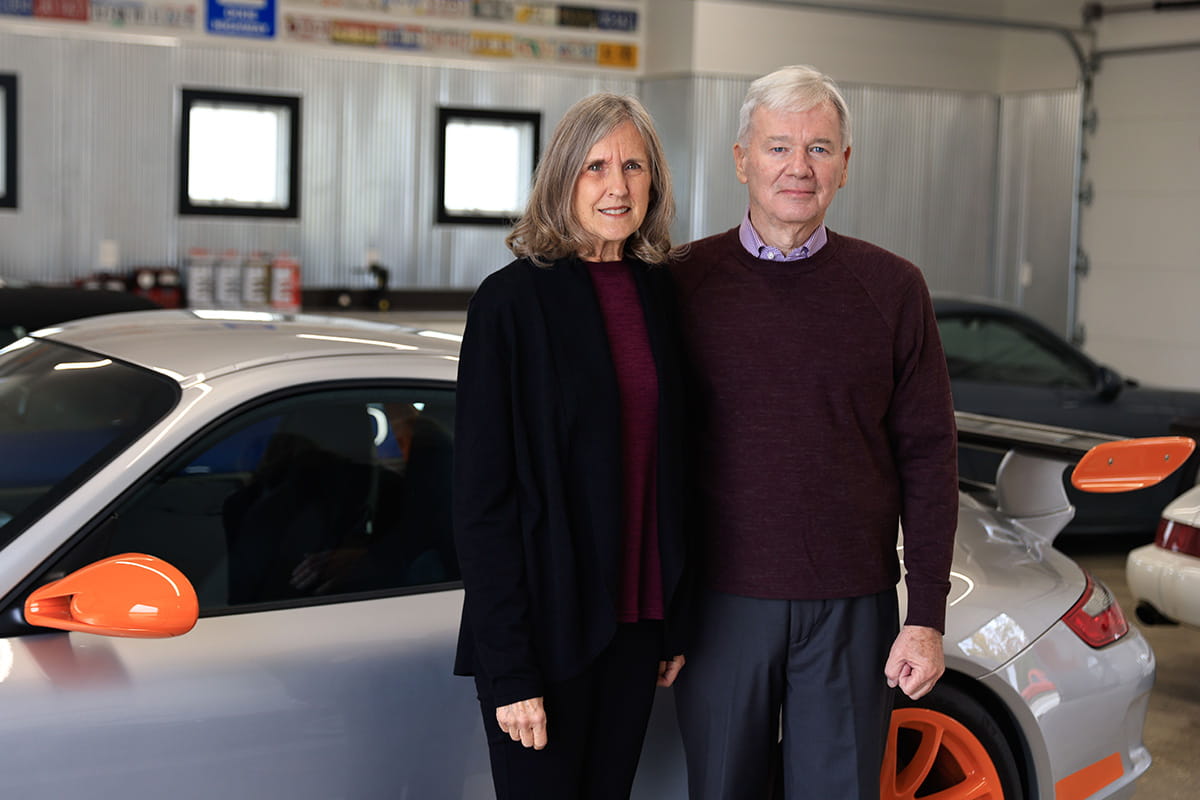 DAVE AND SUSAN ROBERTS know what it’s like to watch people they love slip into the shadows of memory loss. For Dave, it was his dad. For Susan, her mother. And they’ve heard the stories of others who’ve shared the same pain.

“Everybody we know has a relative or a friend’s relative that has dealt with it,” said Susan, an Indiana University graduate. “Sometimes it’s a five-or-10-year process. It’s just miserable for the person and their whole family.”

So, when they began to think about research areas where they could direct their charitable giving, Dave and Susan came to a swift conclusion. “We looked at how much money was dedicated to other diseases, and we felt that not enough was going to Alzheimer’s research,” Dave said. “We were looking for a research organization that was looking for the cause—and for a cure. We also wanted a place that could help patients with the daily destruction of a meaningful life from dementia symptoms—and the emotionally frustrating and financial devastation their families endure.”

They found it in IU School of Medicine. And, since 2017, Dave, a retired manufacturing executive and auto enthusiast, and Susan, his wife of 50 years, have invested more than $10 million in neuroscience research.

Now, the Indiana couple has made a new commitment to outfit a suite of neurodegenerative disease research labs in the School of Medicine’s new medical education and research building, which is due to open in late 2024.

We were looking for a research organization that was looking for the cause—and for a cure. We also wanted a place that could help patients with the daily destruction of a meaningful life from dementia symptoms—and the emotionally frustrating and financial devastation their families endure.

The labs will focus on Alzheimer’s disease and related dementias, but researchers there will also seek answers for Parkinson’s and Huntington’s diseases, and ALS, also known as Lou Gehrig’s disease.

Part of the purpose of the new building is to provide much-needed research space for the School of Medicine, which has seen its National Institutes of Health research grants double in the last decade. Grants pay for research, but not the spaces where it’s done. And lab space is now at a premium, especially in neuroscience.

The Roberts gift is expected to support equipping lab space for 42 researchers, faculty and lab support spaces, precision tools for research, and specialty areas such as brain and tissue banks.

“We are so grateful for this generous gift from Dave and Susan,” said IU School of Medicine Dean Jay L. Hess, MD, PHD, MHSA. “Their support of our neuroscience research has been nothing short of extraordinary. This gift comes at a crucial time, giving us room to expand our work, attract new talent, and make important discoveries.”

The Roberts have previously supported brain imaging research and drug discovery projects, fellowships for young researchers, and a powerful PET-MRI scanner that’s one of a few of its kind in the world. They also funded the creation of a new faculty chair used to recruit Bruce Lamb, PhD, from the Cleveland Clinic. 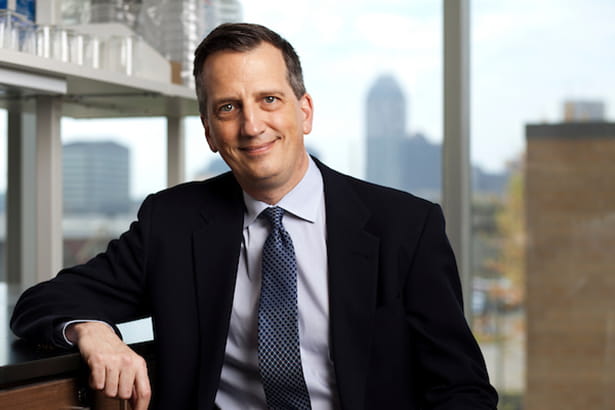 Since his arrival in 2015, Lamb has come to know Dave and Susan well. He’s discussed with them where Alzheimer’s research is headed and has been impressed not only by their generosity but also their grasp of what he and others are trying to do.

“Dave and Susan have not only been tremendous partners in our work, but they’re also just good people,” Lamb said. “They ask great questions and they have a heartfelt interest in sparing future generations from the devastating effects of neurodegenerative disease. There is no question that their ongoing support has helped speed our efforts. We’re so thankful for their support.”

Dave had a lengthy career in business. And he’s sponsored, collected and driven race cars—so he appreciates the importance of going fast. But he also understands the years of work that go into building a strong business or a fast car. He says, when it comes to neurodegenerative diseases, he knows the returns on his investments could take years or even decades.

“Would we like to see something immediately? Of course. But we recognize that research is going to take a long time,” Dave said. “So, we recognize it is a long-term fight to get there, but we’re OK with that.”

Learn more about the new medical education and research building.