Revving Up the Immune System 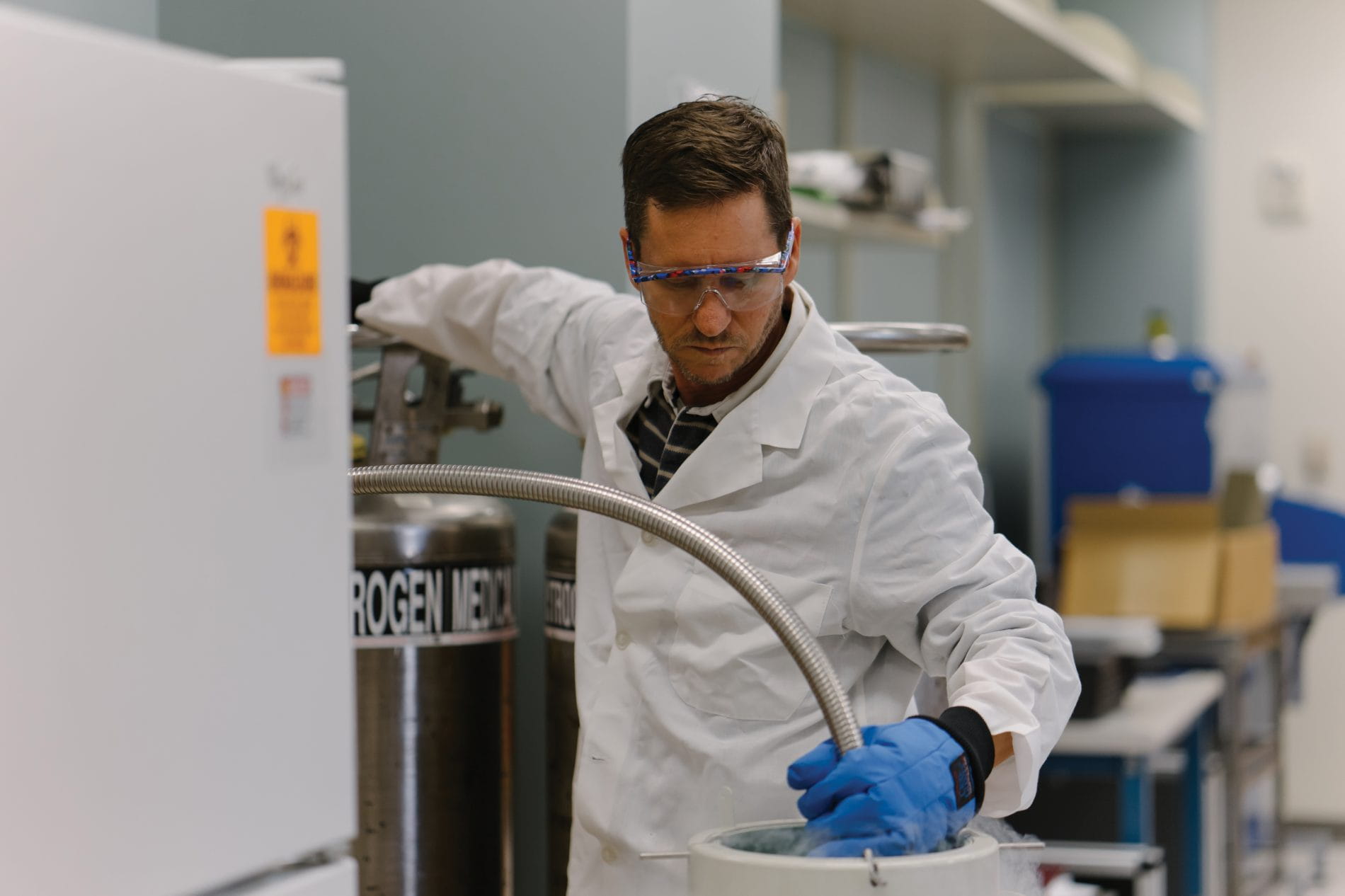 The newly established Brown Center for Immunotherapy at Indiana University School of Medicine will discover innovative ways to deploy immune-based therapies to treat cancers and pioneer the use of this powerful technology in other diseases.

“Immunology is the right place for a big investment. It is clear to me that this is the most exciting area in all of science,” said Don Brown, MD, a 1985 graduate of IU School of Medicine who made a $30 million gift to establish the center. “It has tremendous potential for long-sought breakthroughs in cancer, but also autoimmune diseases, neurodegenerative diseases, and a whole range of conditions. We have tremendous resources and talent in Indiana. Hopefully, my contribution can push us over the top to do some really exciting things.”

The gift is IU School of Medicine’s largest ever from an alumnus. The infusion of resources will enable IU School of Medicine Dean Jay L. Hess, Executive Associate Dean for Research Affairs Anantha Shekhar and other school leaders to move aggressively to build the center and recruit top-flight experts in immunotherapy to Indiana.

“Immunotherapy represents one of the most promising advances in my career, if not in the entire history of medicine,” said Hess, MD, PhD, MHSA, vice president for university clinical affairs and Walter J. Daly Professor. “The impact of this gift on patients will be extraordinary. The center will focus on developing innovative therapies to cure at least one type of cancer and slow the progression of at least one other chronic disease. We are tremendously grateful to Dr. Brown for partnering with IU School of Medicine to make this vision a reality.”

The gift will also provide a powerful boost to the state’s economy. Brown’s charge to IU School of Medicine is “to use the work of the center to catalyze the formation of new companies and the creation of new jobs in the field of immune-based biotechnology.”

To accomplish these goals, the Brown Center for Immunotherapy will collaborate with the private sector throughout Central Indiana, including leaders in pharmaceuticals, biotechnology and other relevant fields.

While Immunotherapy broadly refers to a variety of techniques used to spur the immune system to fight disease, the Brown Center for Immunotherapy will focus more specifically on the emerging field of cell-based therapies.

Thus far, these therapies have shown the most promise against cancer. Cancer is able to thrive in part because tumor cells evade the body’s natural defense system. Cell-based immunotherapy seeks to retrain the immune system to seek out and attack these tumor cells.

T cells—a type of immune cell—are extracted from a patient and engineered in a laboratory to recognize specific antigens on tumor cells through the insertion of a chimeric antigen receptor. Such modified T cells are known as chimeric T cells, or CAR T cells. Thousands of the CAR T cells are created and infused into the patient’s bloodstream.

The cells act as a living drug that hunts down and kills cancer cells. Importantly, these reprogrammed immune cells survive in the body for years, constantly patrolling for cancer cells and attacking them as they appear.

While use of the therapy is still in its infancy, the results of small trials elsewhere have been remarkable. For example, CAR T cell therapy has been successfully used to treat refractory acute lymphoblastic leukemia, a disease that was previously considered universally fatal. In early trials at the University of Pennsylvania, nearly 90 percent of patients treated with the therapy survived.

The Brown Center for Immunotherapy will initially focus on multiple myeloma and triple negative breast cancer, two diseases for which IU School of Medicine and its clinical partner Indiana University Health have a strong foundation of talent, sizable patient populations and existing resources that can be leveraged to maximize impact.

Researchers will also investigate potential opportunities to prevent and treat Alzheimer’s disease and other neurodegenerative disorders with immunotherapies.

“Our hope is to show this therapy’s ability and effectiveness in one or two diseases while we simultaneously develop technology that is broadly applicable to many, many diseases,” said Shekhar, MD, PhD, who leads research for the School of Medicine. “Our vision is not simply to build a center or facility that can make immune cells and give treatments to a limited number of patients here in Indiana. Our vision is to create a program that will transform the whole technology so that thousands of patients all over the world can benefit from it.”

The promise of immunotherapy provides tremendous hope to patients. Kevin Gilmore, a father of two young children from West Lafayette, Indiana, was diagnosed with multiple myeloma in 2005, about a week after his one-year wedding anniversary. Myeloma is a cancer of the plasma cells that is treatable, but not curable.

Gilmore endured about eight months of treatment, and has been in remission since 2006.

“The research is very important for a couple of reasons,” Gilmore said. “Selfishly, at some point it’s probably going to come back. You can be in remission for 10 years, 20 years, multiple myeloma does tend to come back. I’d like to have the best treatment available or a cure available. But also, I don’t want someone else to have to go through what I did. It was terrible.”
Shekhar said he expects to begin testing the effectiveness of immunotherapy to treat multiple myeloma as part of a clinical trial within a year.

“I want to be around to raise the kids, hold my grandkids,” he said.