Medical students, scientists, and physicians can be hesitant to talk about their mental health needs. IU School of Medicine is striving to make it easier. 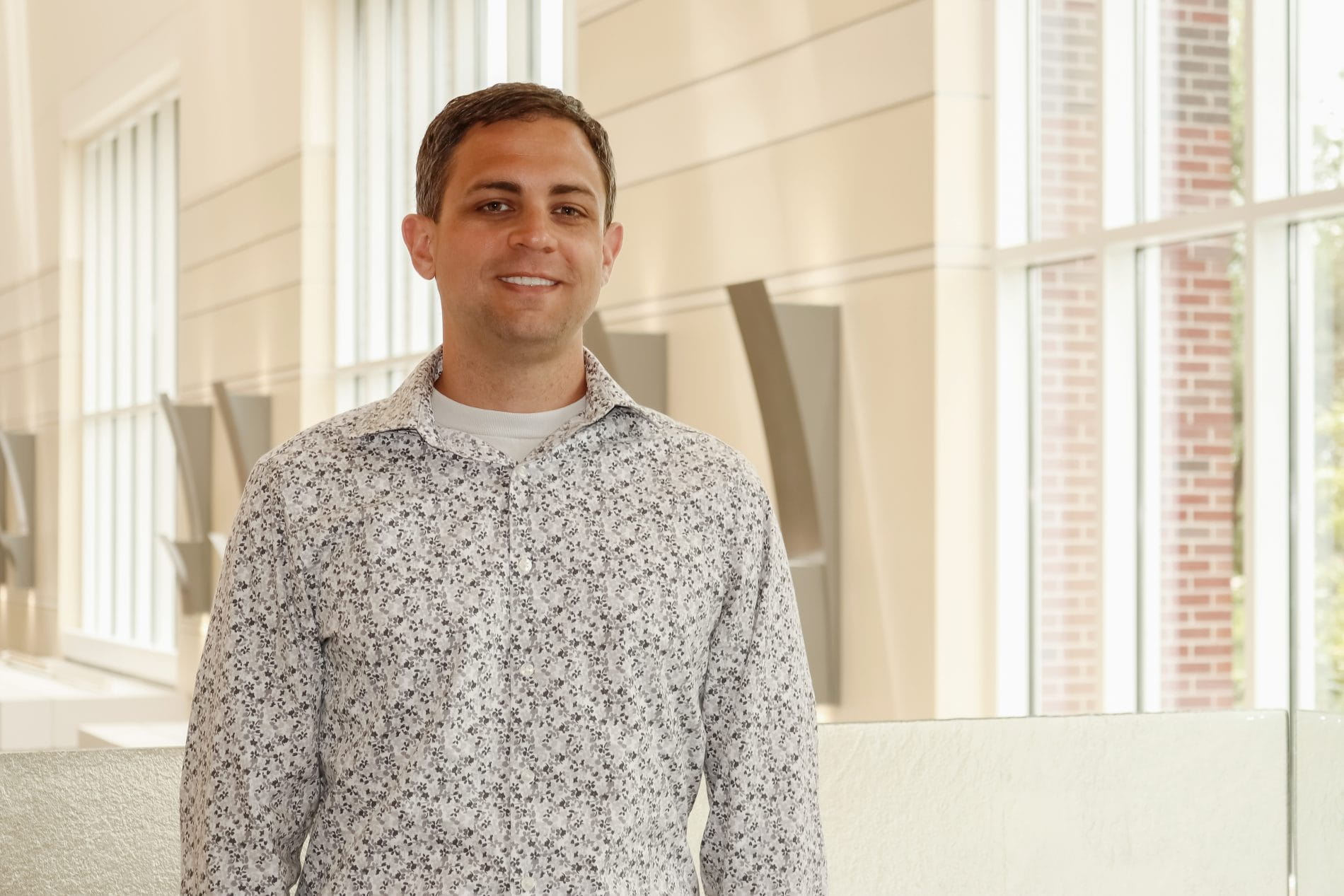 ADAM B. HILL was deep in the woods. Hill, MD, had battled depression since his days as a student at Indiana University School of Medicine, when he was overwhelmed by the course load, the gravity of his chosen profession and the humbling reality that, unlike most of his life, he was no longer the smartest person in the classroom. Still, Hill continued to “grind,” as he describes it. He graduated medical school in 2007, moved on to a residency in St. Louis and then a pediatric oncology fellowship at Duke University. All along, he hoped to see some daylight that never came. “I was hanging on by fingertips and fingernails, just surviving,” he said. “You can only do that for so long.”

When Hill could do it no longer, when he felt overworked and underappreciated, when his depression deepened, he turned nightly to alcohol. Eventually, that wasn’t enough. He drove himself to a state park in North Carolina, sat in the woods and considered ending his life.

Hill found his way out of the woods. He sought treatment and found a new balance to his life through a box of tools ranging from counseling to exercise to mindfulness activities. Nearly eight years later, Hill, 38, is a husband and a father of two toddlers, an assistant professor of clinical pediatrics at IU School of Medicine, and division chief of the palliative care team at Riley Hospital for Children. He’s also an increasingly visible spokesperson in the push to draw attention to what he calls a national epidemic—the neglect of the mental health of physicians and others working in the medical community.

It’s a concern that’s been recognized at IU School of Medicine, which in the last three years has dramatically increased mental health resources for medical students, staff and trainees.

Until 2016, a lone psychologist strived to serve the entire IU School of Medicine. But, seeing a need to do more, the school created an in-house mental health service that winter, hiring psychiatrist Samia Hasan, MD, as its director. Since then, the service has grown to encompass three therapist/psychologist positions, including one who travels to regional campuses. A 24-hour crisis line was set up as a safety net. The School renovated a suite of offices in Gatch Hall to house the service and there are plans to add another psychiatrist, a therapist and an administrative support position. In collaboration with IU Health Physicians, the School of Medicine recently recruited an associate dean and chief wellness officer to coordinate its wellness efforts, including those scattered in various departments.

“We cannot expect to improve the health of others if members of our own school community are not healthy themselves,” said Dean Jay L. Hess, MD, PhD, MHSA.

Members of the IU School of Medicine community are already taking advantage of the new resources. In the academic year ending in June 2018—the most recent for which numbers were available—227 medical students sought assistance across the school’s nine campuses. That was 16 percent of the student body. Another 149 medical trainees (interns, residents and fellows) also sought help.

To meet those needs and lower barriers to seeking care, IU School of Medicine has made a significant commitment to providing support for medical learners. Therapy sessions are provided at no cost to learners and there’s no limit to the number of sessions. “The idea is that we are invested in their well-being and committed to providing care for the duration of their medical education,” Hasan said.

Part of the challenge of delivering the services, though, is overcoming the stigma that prevents students and other learners from seeking help.

Hasan said some of that is driven internally: a student or trainee may feel that, if they acknowledge a mental health issue, they may be conceding weakness or an inability to be a good doctor. They might also fear that others would lose respect for them.

Other barriers, Hasan said, are external: medical students may worry seeking help could hurt them as they pursue residency training, a medical license or credentials from a hospital. In most cases, Hasan said, questions from those bodies can be easily answered and negative consequences of seeking care are very unlikely.

The biggest barrier, however, may be the lingering notion that physicians must be superheroes, immune to the problems others deal with. “I sometimes think physicians may suffer from that more than patients do,” Hasan said. “The patients know doctors are human. We (physicians) are still working on that.”

That’s one of the reasons—along with the suicides of six of his medical colleagues he’d met at various stops along his training and career—that Adam Hill decided to risk coming out publicly about his personal struggles. He first came forward to his colleagues at Riley, during grand rounds, in 2016. In 2017, Hill wrote an essay for the New England Journal of Medicine detailing his journey.

“I’ve seen so many people suffer and die. I took an oath in medicine to help other people. I felt a calling to stand up and speak up. If there were repercussions or ramifications, I knew I was doing the right thing. Fortunately, it has only brought blessings into my life.”

Not only has Hill received the support of the hospital and the medical school, but affirmation has also come from colleagues who faced similar struggles, both locally and around the country. He’s now being asked to speak to medical groups from Harvard to Stanford. And he has a book coming out in December, entitled Long Walk out of the Woods:  A Physician’s Story of Addiction, Depression, Hope and Recovery.

Hill hopes his story will help physicians and others overcome their hesitation to seek help. For him, it’s made all the difference. “I feel really, incredibly lucky,” he said. “I can live my honest authentic truth openly and if it can help other people professionally, inside and outside the walls of medicine, that’s amazing too.”

“Facing personal and professional challenges is a part of life” Hasan said, “but if you develop self-awareness, self-reflection and you learn to ground yourself—those are skills you take with you for the rest of your life.”