Delivering a One-Two Punch to Cancer 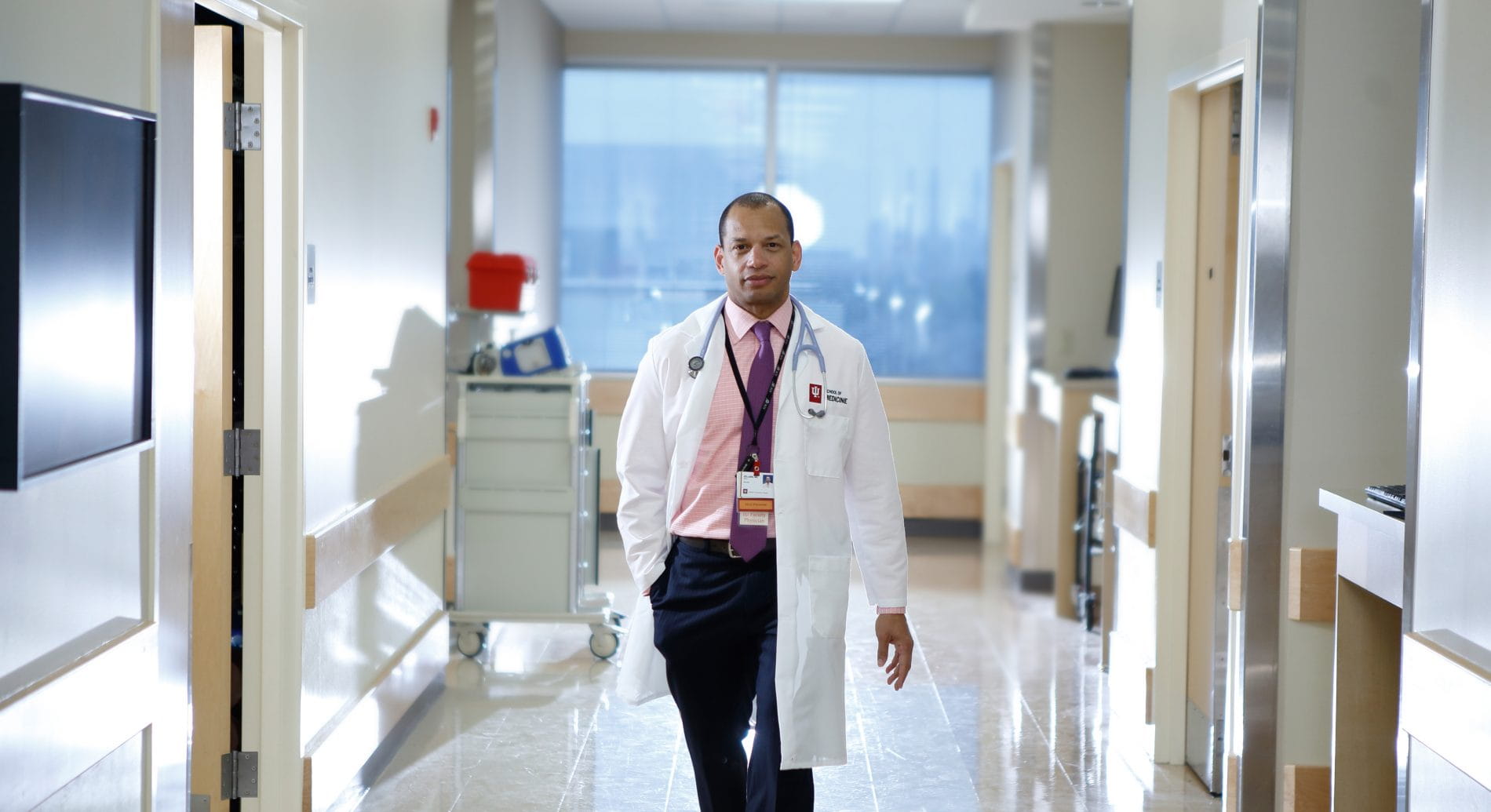 JUST LIKE every other year, Sandra Chapman went in for her annual mammogram in October 2016. But this time, something was different. A few days later, she got a call. Doctors had spotted a pea-sized spot and wanted to take a closer look.

In the weeks that followed, Chapman underwent additional imaging tests and a biopsy.

“The Monday after Thanksgiving, I was informed it was cancerous,” said Chapman, a mother of three who is an investigative reporter for WTHR in Indianapolis. “That’s how it all started. It was a total surprise. I have no family history, and I get a mammogram every year. I’m very faithful about that.”

About 1 in 8 U.S. women will develop breast cancer in her lifetime. For many, the therapy needed to rid them of their disease can last as long as a year, making it hard to leave a painful chapter behind. But Chapman completed her treatment—which included a lumpectomy, chemotherapy and radiation—about five months after she was initially diagnosed, thanks to an innovative research trial being led by an Indiana University School of Medicine faculty member.

Richard C. Zellars, MD, chair of the Department of Radiation Oncology, is experimenting with the delivery of existing therapies, with the aim of dramatically shortening the course of breast cancer treatment and reducing the likelihood of recurrence.

“I’ve been treating women with breast cancer for more than 20 years, and I see every day how hard the treatment is on them and their families, both physically and emotionally,” said Zellars, a member of the Vera Bradley Foundation Center for Breast Cancer Research at IU School of Medicine. “I knew there had to be a way to do this better. We’ve done a lot to improve survival rates for women with breast cancer, but we have to do more to make the treatment itself more tolerable.”

For certain types of cancer—such as esophageal, lung, colon and rectal—patients receive chemotherapy and radiation concurrently. The benefits are clear: Chemotherapy helps sensitize the tumor cells to radiation, making the radiation more effective, and patients can complete their therapy more quickly.

But that dual approach didn’t work for breast cancer. “When people tried this in the past, putting breast radiation and chemo together, patients had horrible burns, burns that were prohibitive,” Zellars said.

It turns out, the chemo doesn’t only sensitize the tumor to radiation. It also sensitizes skin, making it more likely for patients to suffer intense burns. Because treatment involves radiating the entire breast, there’s plenty of skin to scorch.

As a result, experts all but abandoned the idea of concurrent therapy for breast cancer. That means surgery is often followed by four to six months of chemotherapy, a month off, then six weeks of radiation. “It typically takes a year,” Zellars said of standard therapy.

That elongated timeline continued to gnaw at Zellars, and he wasn’t quite ready to abandon the idea of offering chemo and radiation at the same time. He noticed that, in previous studies, burns tended to be worse when a larger area of the breast was radiated. He hypothesized that radiating a smaller section of a breast might solve the problem.

While on faculty at Johns Hopkins University, Zellars launched two studies to investigate the simultaneous use of chemotherapy and partial breast irradiation. He expected to see a reduction in serious burn cases but was prepared for as many 20 percent of women to encounter the problem. What he found stunned him: Not a single burn, regardless of which type of chemotherapy drug he tried. And the combined treatment was also helping to manage even a difficult-to-treat type of breast cancer known as triple negative.

Zellars left Hopkins in 2015 to join IU School of Medicine and has continued his research in Indiana. He is now leading a multi-site randomized study to compare which works better: combining chemo and radiation, or offering them consecutively. In addition to studying any side effects, Zellars will follow the women for several years to determine if one group is more likely to suffer a recurrence.

It’s still a process. I am still getting stronger every day and getting back to where I was before all this. The sooner you can start working toward that, the more positive it is, and perhaps it helps you emotionally to know that you’re making those strides.

If his original hunch holds up, Zellars may transform care for women with breast cancer—and help them get back to living their lives much more quickly. “We could take six months of chemo and radiation and shrink it down to maybe seven weeks,” he said. “That makes a huge difference.”

The trial is enrolling patients at IU Health Simon Cancer Center, all hospitals that are part of the Johns Hopkins Clinical Research Network, the University of Texas Health Science Center at San Antonio, and Reading Hospital and WellSpan York Hospital, both in Pennsylvania. The Breast Cancer Research Foundation funds the trial.

Chapman learned about the trial from her oncologist, IU School of Medicine professor Kathy Miller, MD, and decided to enroll based on promising preliminary results. She underwent her last treatment session on April 27, 2017. If she had undergone standard therapy, she would have likely remained in therapy until late August.

“I could focus on healing and getting back to myself,” she said of the expedited treatment plan.

“It’s still a process. I am still getting stronger every day and getting back to where I was before all this. The sooner you can start working toward that, the more positive it is, and perhaps it helps you emotionally to know that you’re making those strides.”

Chapman—whose son Quentin Taylor is a guard on the IU basketball team—said she is grateful to have this kind of research available in the city where she lives, and she hopes her participation in the trial makes it possible for other women to have similar options.

“It’s pretty incredible,” she said of the research. “I’m so grateful that IU and the Simon Cancer Center have that to offer women. No one wants cancer, but if you are diagnosed, you want the best treatment available. I feel like I was able to experience that.”