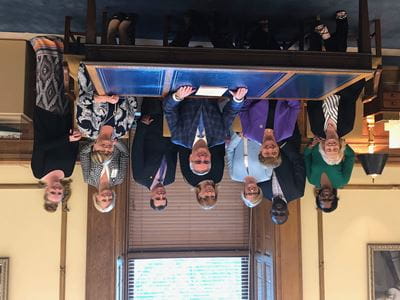 Two Indiana University School of Medicine faculty members are working to decrease the number of maternal deaths in Indiana through a new state committee.

In April, Governor Eric Holcomb signed Senate Enrolled Act 132 into law. The bill creates a maternal mortality review committee through the Indiana State Department of Health to find out how many mothers die during pregnancy or within a year of giving birth as well as how to prevent those deaths.

“Our task force will keep the numbers and review the cases to find out if there is something during or after pregnancy we can do differently,” said Mary Abernathy, MD, an associate professor with the IU School of Medicine Department of Obstetrics and Gynecology. She and another OB-GYN faculty member, Brownsyne Tucker Edmonds, MD, MPH, MS, teamed up with a professional group in 2017 to encourage the creation of the committee. The new law states as of July 1, 2018, health care providers or facilities must report all maternal deaths to the committee. It also sets up immunity provisions for those providers and requires confidentiality to protect families.

“This legislation makes sure we can go in and evaluate and review charts,” said Dr. Abernathy. “If there is a maternal death, they have to report it and we go out and investigate.”

The most recent data collected by the United Health Foundation shows Indiana’s current maternal mortality rate is 41.4, which is twice the national average of 20.7. However, because there was previously no formal reporting system, Dr. Abernathy says the team now hopes to gain numbers that are more accurate. They also hope to find new information about how to prevent maternal deaths.

“More than 30 other states already have similar committees,” said Dr. Abernathy, “and they’ve found 50-60 percent of maternal deaths are preventable. If we find there’s something we can do differently, we can put better protocols in place for providers and facilities.”

Based on current research, Dr. Abernathy says the most common causes of maternal deaths include hemorrhages, hypertension or cardiovascular disease. Obesity is also an underlying issue. If the review committee can learn more about the causes, they can focus on making sure mothers are healthier before giving birth or before getting pregnant.

“Healthier moms have healthier babies,” said Dr. Abernathy. “If we can help them be healthier before they even get pregnant, they are more likely to have a healthier pregnancy and baby.”

The committee will make a report each year with their findings.