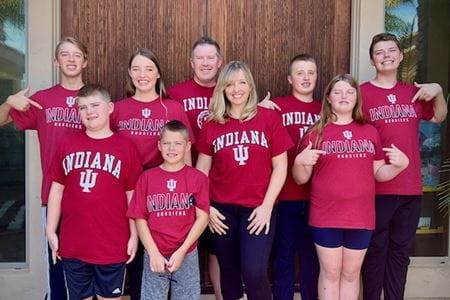 IU ready: Sarah and Jason Merrill with seven of their nine children

As a mother of nine children, Sarah Merrill has heard a lot of opinions on big families. When she revealed her intent to go to medical school and become a neurosurgeon—with kids spanning from toddlers to teens—there was even more unsolicited input.

“Any time you do things differently, people have opinions about it,” she said.

“For my girls, I hope they will see whether they choose to be stay-at-home moms or choose to have really demanding careers—or both—whatever their life path is, not to worry about if other people agree with it or if it’s different than what others are doing. I hope they will follow the path that’s right for them,” Merrill said.

“And for my sons, I hope they’ll go out there and be champions for women pursuing career success and fulfillment and that they will be equal partners in the home,” she added. “They have seen that I support my husband, and he supports me. I hope they carry that forward into their future lives and families.”

Sarah and Jason Merrill met as students at Dartmouth College. Both had big dreams. Sarah studied neuroscience with intent to become a brain surgeon, while Jason studied mechanical engineering. He later landed a job as an aerospace engineer at Lockheed Martin. Imagine the jokes around this brain surgeon-rocket scientist matchup—if only the timing had aligned. Sarah didn’t anticipate a 20-year pause on her plans.

She and Jason married mid-college when she was just 19. The following year, she signed up to take the Medical College Admission Test (MCAT) with sights on medical school. Little did Sarah know she would be 5 months pregnant by the time of this grueling exam. 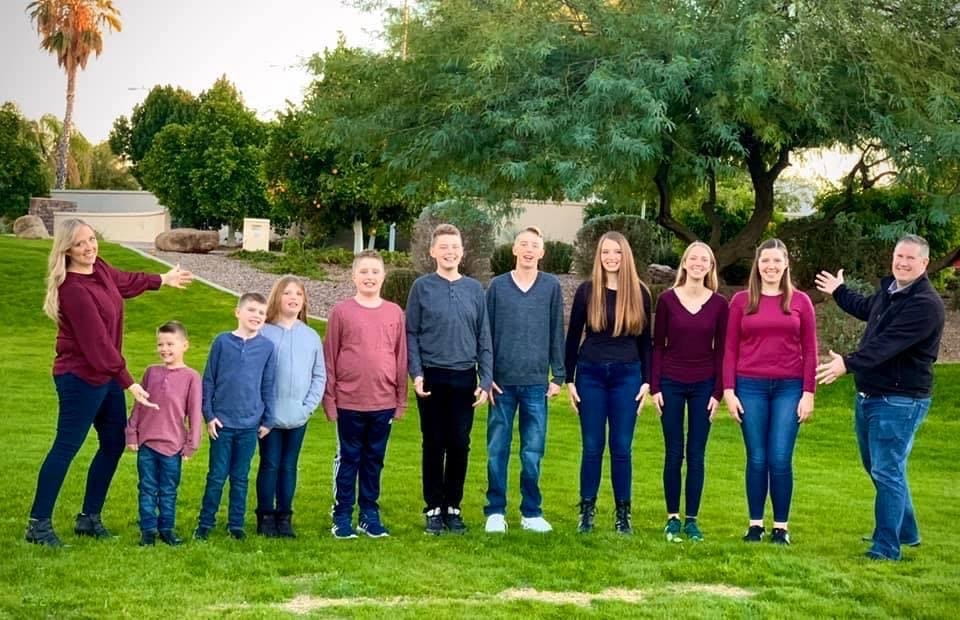 When her daughter was born, she felt torn. Sarah still wanted to be a neurosurgeon, but she also wanted to be home with her child. Neurosurgery requires one of the longest and most demanding training programs in medicine.

Sarah and Jason went on to have eight more children in a period of 12 years. They didn’t purposely set out to have a large family but “were open minded about what our family would become,” Sarah explained.

“It was a difficult decision for me to switch tracks,” she said. “I was naturally ambitious and not naturally domestic. For a long time, I had some frustrated ambition I channeled into different paths—I worked part time, took some courses and started a photography business.”

Meanwhile, Jason decided to make a career shift to finance and enrolled in business school. The family moved several times for his education and career, eventually settling in Philadelphia. Sarah stayed connected to neuroscience through part-time work for a neurosurgery clinical research program.

“For a lot of that time, I struggled with wanting to go back to school but knowing it wasn’t the right time—and I wondered if the right time would ever come,” Sarah admitted. “When I felt strongly it was the right time, it did not rationally seem like the right time.”

Her youngest children were 2 and 3 when she started taking pre-medical courses through the Harvard Extension School and studying for the MCAT (her original outstanding score had long since expired).

“I would study in bits and pieces—listen to lectures in the car and do practice questions while they played. Sometimes I needed to leave the house to study on the weekends,” Sarah recalled. “As a mom, you have to be really flexible about when and where and how you study. I hope that’s good preparation for medicine.” 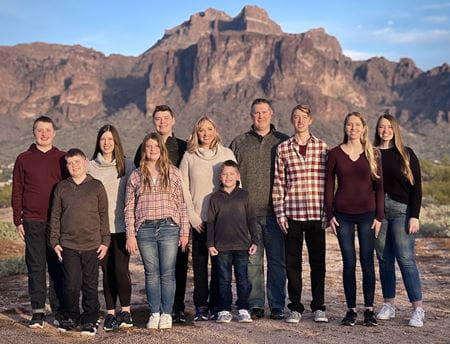 When she got accepted to the Mayo Clinic Alix School of Medicine, the family made a cross-country move out West. Jason was fortunate to be able to keep his job and work remotely, which was rare in 2018 before the pandemic. Sarah’s mother also relocated to help the family out.

Now the Merrill family is making another big move to the Midwest so Sarah can begin her residency in Indianapolis. Despite the difficulties, every member of her large family has been supportive.

“One of the more important factors for succeeding in a tough residency program like neurosurgery is to have a strong support structure at home. We knew that Sarah had this,” said Mitesh Shah, MD, interim chair for the Department of Neurological Surgery at IU School of Medicine. “Her ability to raise a family of this size speaks volumes for her discipline and organization skills.”

‘All or nothing’ ambition

Micaela Merrill, 20, isn’t making the move with her family this time. The oldest of the brood, she is following in her mother’s interests as an interdisciplinary neuroscience major at Truman State in Missouri. Micaela credits her mom for giving her an “early sampling period in science” but says her parents never pushed any of their children toward particular interests.

“It was just really fun having a mom who understood my interest in neuroscience,” Micaela said. “She was excited to hear me talk about how excited I was about the brain.” 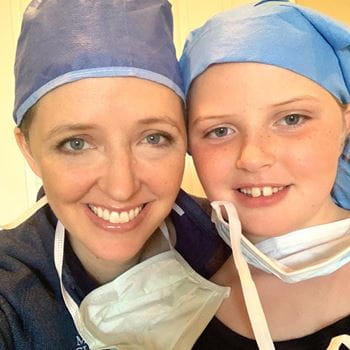 Although Micaela considers her mother “a genius,” she was still a bit surprised when her mom told the family she wanted to go to med school at age 38 and then start a seven-year residency program at age 41.

“I would describe my mother as a very all-or-nothing person—in a good way,” Micaela said. “Like, when she wanted kids, she didn't just have a couple. When she wanted to become a doctor, she picked arguably the most intense specialty. She's really ambitious like that.”

For Jason, the relocations and schedule challenges are part of his commitment to reciprocating the support Sarah showed for his early career development.

“I know there were plenty of times when she was cooking, cleaning or changing diapers, that she must have been thinking to herself, ‘I could be in med school right now instead of doing this,’” Jason said. “Once the time came, I knew it was my turn to make sacrifices in order to support her, and I knew it wouldn’t be easy.”

Things got particularly challenging at the end of Sarah’s second year of medical school when the COVID-19 pandemic shut down schools, libraries and businesses just as Sarah was studying for her first medical licensing exam, known as Step 1. 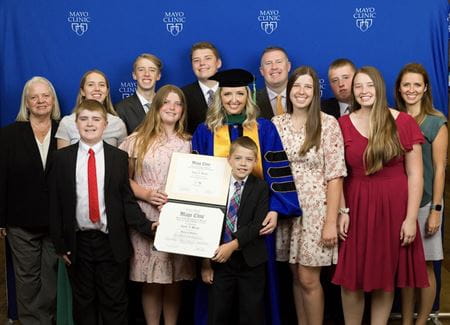 “There was a lot of pressure to know everything and score well,” she said. “All the kids were at home trying to finish school virtually, and we didn’t have nine computers for them. At times, I got discouraged, but you have to keep putting one foot in front of the other. Our faith helped us through a lot of those difficult times.”

Jason said Sarah has “an incredibly strong intellect coupled with a very high level of energy”—along with proven grit.

“It requires tremendous stamina to be a neurosurgeon, and I have seen her demonstrate this countless times over the course of our marriage, from multiple pregnancies and long labors to her hobbies of running marathons and other intense pursuits,” he said. “When she has a vision or goal in mind, she accomplishes it, regardless of the obstacles or difficulties that may arise.”

Neurosurgery is one of the least diverse medical specialties, with historically low numbers of women in the field. At IU School of Medicine, 13 percent of neurological surgery faculty and 21 percent of residents are women, which is higher than the national averages for both groups. That was attractive to Sarah, as was the school’s reputation as a leader in neurosciences.

Because neurosurgery requires seven years of residency training post-medical school, Sarah kept an open mind as she rotated through other medical specialties: “I told my husband if I found any other specialty I liked half as much, I’d do it.”

Although Sarah could relate well to patients and families during her pediatrics and obstetrics/gynecology rotations, that couldn’t sway her from her longstanding passion for neurosurgery. The daughter of two musicians, Sarah was drawn to science on her own, always fascinated by injuries and diseases. After participating in a neurosurgery research internship at age 19—right before her marriage—she was forever hooked. 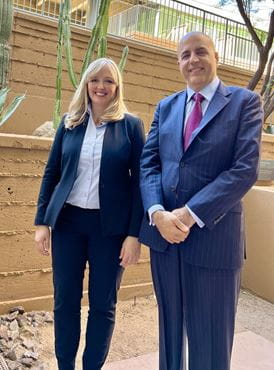 “In the end, the specialty was worth whatever challenges I might encounter,” Sarah determined.

Before her first day of med school classes in Phoenix, she had already reached out for mentorship from the department chair for neurologic surgery, Bernard Bendok, MD.

“It was clear to me immediately that she was destined for academic and clinical success,” Bendok said, adding, “We very much cherished all aspects of her unique background. She combines empathy, integrity, sharp intellect and passion to be the best. These are key ingredients for success as a neurosurgeon and physician.”

Entering medical school, Sarah was the only mother among her classmates, yet she found she did not feel like an outsider. Everyone brought different backgrounds and strengths.

“What matters is the kind of teammate you are,” she observed. 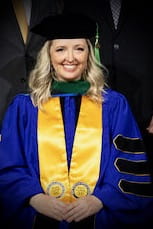 At IU School of Medicine, Shah is convinced Sarah will fit the department’s culture of “bright, hard-working individuals who value collegiality and have the ability to contribute to making neurosurgery better.”

For Sarah, her decades-old dream is finally being realized.

“Waiting a long time to do this made me appreciate it more,” she said.