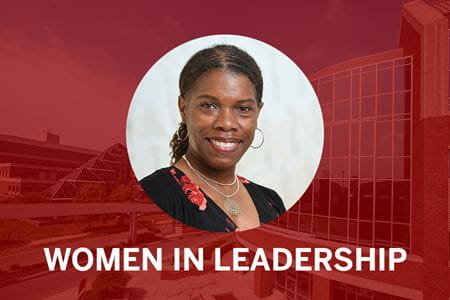 As a first-generation college student, Karen Smartt had enthusiastic parental support but little working knowledge of how to apply for admission into a university or for specific programs and scholarships. Her ambition and perseverance paid off as she went on to earn not only a bachelor’s degree, but also two master’s degrees and a Doctor of Education in organizational leadership.

As assistant dean and director of admissions at Indiana University School of Medicine, Smartt carries those memories from early adulthood with her as she helps applicants navigate the medical school admissions process.

“I have a strong interest in students who have similar experiences from the standpoint of needing that extra help or direction. That’s why I think I am so passionate about trying to reach out as much as I can to students who are members of the first-generation population and have backgrounds in underserved communities,” Smartt said. “One of the responsibilities we carry in admissions is that we want to make sure students feel like they have an equal opportunity to gain admission to their program of choice.”

Under Smartt’s leadership toward implementing IU School of Medicine’s recruitment goals, underrepresented in medicine (URM) admissions have gone from 8 percent to 23 percent—representing a higher minority population at the medical school than in the general Indiana population. This is significant progress in moving toward a future physician population that is more representative of the patients they serve in Indiana and nationally, Smartt said.

U.S. News & World Report ranks IU School of Medicine 24th in the nation on its list of Most Diverse Medical Schools for 2021. Smartt, who has been in admissions at IU School of Medicine since 1999, has developed a strong and effective outreach program to stimulate the interest of underrepresented undergraduate applicants within the state of Indiana and nationally, working with Historically Black Colleges and Universities (HBCUs) in other states, said Taihung “Peter” Duong, PhD, associate dean for admissions and student financial services.

“She, along with the admissions office staff, personally counsels underrepresented applicants one-on-one and establishes a personal bond with them, helping them navigate through the rigorous process of applying to medical school,” he said. 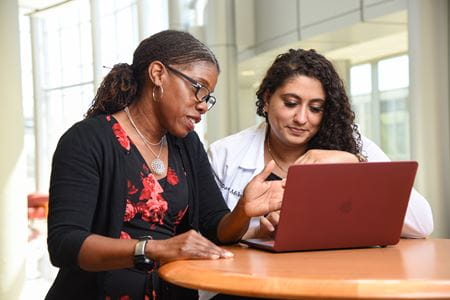 Smartt frequently travels and reaches out both locally and nationally to recruit students who would be an asset to IU School of Medicine’s diverse, highly qualified student body, added Admissions Committee co-chair Andrew Beckman, MD.

“I think it is safe to say that many generations of students, who might otherwise be excluded from the admissions process, have become part of IU School of Medicine with much credit due to Karen,” he said.

Third-year medical student Deena Mohamed, a first-generation Egyptian-American, was once told by an academic advisor at another university that she would “never be a doctor.” She pursued an aviation degree, but the call to medicine never left her.

She enrolled in the Master of Science in Medical Science (MSMS) program at IU School of Medicine, a pipeline program to prepare URM students to matriculate into medical school. That’s where Mohamed connected with Smartt.

“I finally had someone advising me who believed in me,” said Mohamed, who met with Smartt several times for advice on strengthening her application. “It was amazing. Honestly, her presence and her guidance just made the biggest difference when I applied this time.”

Even after her acceptance to IU School of Medicine, Mohamed continued her visits with Smartt.

“For the past four years, she has been one of my mentors. I love coming to her office and talking to her to get advice or just to catch up,” Mohamed said.

“She leads with a quiet competence that is steady, reliable and consistent. Karen’s leadership skills include a vast knowledge base, humility and compassion,” Sharpe said. “She is respectful and empathetic toward everyone.” Smartt grew up in the Butler-Tarkington neighborhood on the north side of Indianapolis, the youngest of three children. When she was 8 years old, her father unexpectedly died.

“Despite the challenges of becoming essentially a single parent, my mother was able to sustain the financials in our household and always provided support at home. I just credit her for being such a strong person and really committed to the family,” Smartt said.

Through her mother’s example and guidance, Smartt learned the importance of becoming independent. Although neither of her parents had college degrees, education was highly valued in her home.

“Being self-sufficient was something we always talked about, not being reliant on others but thinking about how you can support yourself and be prepared,” Smartt said.

With a solid academic record, Smartt’s high school guidance counselor encouraged her to apply for college but provided little advice on the process for doing so.

“It was daunting to figure out on your own how to initiate the application process and figure out the finances,” Smartt recalled. “I definitely had support and encouragement, but trying to devise a plan was a bit overwhelming.”

Smartt navigated the process and was accepted to Indiana University. She wanted to stay close to home because her mother had been diagnosed with Parkinson’s disease. An avid athlete and member of IU’s track and field team, Smartt chose to study sports marketing and management. 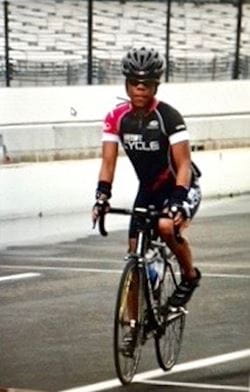 “I was thinking about opportunities to work with sports corporations and flirted with maybe becoming a sports agent,” she recalled.

Her first experience working with educational administration came in the form of a part-time job with disabled student services. The job interested her because she has a brother with special needs.

“That was probably my first interaction with administrative staff, and I did kind of think maybe I'd have some interest, but at that point, sports was my passion,” said Smartt, an avid fitness buff whose weekly workouts consist of strength training, high intensity and interval training, cycling, running and swimming.

After graduating from IU, Smartt was working in a retail position selling fitness equipment and questioning her career trajectory when she landed a position as an admissions counselor at Saint Mary-of-the-Woods College.

“Without a doubt, this position was a fundamental factor in preparing me for future leadership roles in student recruitment,” Smartt said. “There was no manual, no administrative support or professional development resources, only a hit-the-ground-running approach to admissions process planning.”

After two years in that position, Smartt received an offer to serve as assistant director of admissions at Ball State University.

“That’s how I shifted into higher education. You just never know how it’s going to work in your life,” Smartt said. “I tell students all the time, you might have a vision for something, but life can take you in a different direction.”

Smartt said the hardest part of her job is declining admission to a large number of talented medical school candidates due to an increasing application pool and a limited number of positions available in the entering class.

“When students aren't able to gain admission to medical school, we talk about the alternatives, thinking about having a plan B, if you will, because sometimes it doesn't work out in the way that you hope. And that's OK,” Smartt said, referencing her own unexpected but fulfilling career path. 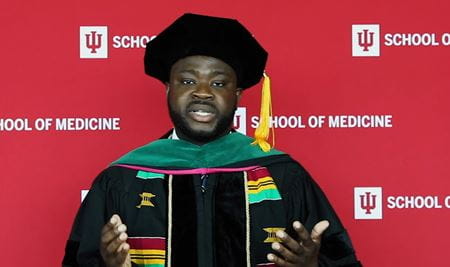 Yet often, her advice is to keep trying. Michael Adjei, MD, is now a second-year resident in anesthesia with IU School of Medicine. No one would guess his first three attempts to gain admission to medical school were unsuccessful.

“When I first met Dr. Smartt, it was after the third time I applied. She told me not to give up. That was the first encouragement I got,” said Adjei, a first-generation physician who immigrated to the United States from Ghana, West Africa, 11 years ago. “The director of admissions telling me not to give up gave me a lot of hope.”

Even more, Adjei felt Smartt genuinely cared about him as a person. He wasn’t prepared for the bitter Indiana cold when he did his admissions interview in January, bringing only a light coat.

“Dr. Smartt called me to her office and said, ‘Hey, I have coupons for Burlington—go buy a heavy coat. You’re going to need it here,’” Adjei recalled. “When I got into medical school, I went to her office and showed her my coat.”

“IU School of Medicine and a large percentage of medicals schools nationwide are looking for candidates who have backgrounds that align with holistic factors such as medical service learning and philanthropy experiences,” Smartt said. “Applicants should not lose sight of the fact that the study and practice of medicine is considered a privilege and an honor. The ability to embrace humility and a strong interest in serving the community are frequently desired characteristics in medical school applicants.” 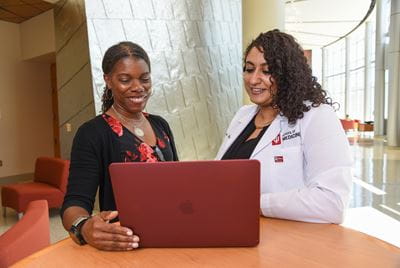 Smartt has been the key driver of a culture that personalizes the admissions process, offering applicants continual coaching to achieve success, said Clark J. Simons, MD, co-chair of the Admissions Committee.

“It is fair to say that Dr. Smartt has had one of the biggest impacts on minority physicians who have graduated from IU School of Medicine—greater than any other individual on campus,” he said.