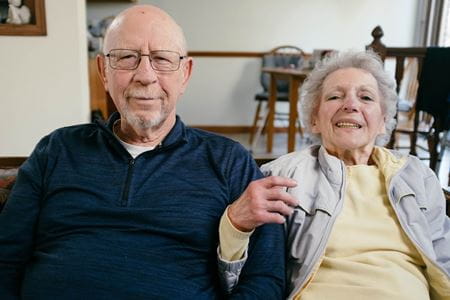 The Walther Cancer Foundation has committed $14 million to Indiana University School of Medicine to establish the Walther Supportive Oncology Program. The following are answers to common questions about the gift, the field of supportive oncology, and the benefits to patients.

What is supportive oncology?
The National Cancer Institute defines supportive care as “care given to improve the quality of life of patients who have a serious or life-threatening disease. The goal of supportive care is to prevent or treat as early as possible the symptoms of a disease, side effects caused by treatment of a disease, and psychological, social and spiritual problems related to a disease or its treatment.”

Supportive care, which is sometimes referred to as palliative care, also focuses on assisting patients with decision making and articulating their goals. It is delivered concurrent to traditional cancer therapies and extends into survivorship.

How does this gift compare to others?
While there have been other significant gifts in support of palliative care, the gift from the Walther Cancer Foundation is believed to be the largest ever to be directed to supportive oncology. Other notable gifts include:

How will this gift be used?
The gift will establish five endowed chairs that will be used to recruit healthcare professionals and researchers who are leaders in supportive oncology.

An endowed chair is a permanent fund. The principal is invested, and a portion of income is allocated each year to support the research and educational activities of the faculty member who holds it. Because the original gift is preserved, it continues to produce interest and provides a continuous stream of funding for generations to come.

The endowed chairs will be used to recruit a director for the program; a leader is psycho-oncology; and three other experts in the field of supportive oncology. The chairs will be leveraged with support from IU School of Medicine, IU Simon Cancer Center and IU Health to create a sustainable clinical and research program focused on supporting oncology.

A study published in the New England Journal of Medicine in 2010 found that patients with metastatic non-small-cell lung cancer, the leading cause of cancer death, who received palliative care shortly after diagnosis lived almost three months longer than those who did not receive supportive care. They also experienced improvements in mood and quality of life.

Is supportive oncology the same as hospice?
Supportive or palliative care is for anyone with a serious illness such as cancer and is available from the time of diagnosis. It is provided along with treatments directed at curing or controlling cancer. One need not to be dying to receive all of the benefits of this kind of holistic care. Hospice is reserved for people who are in the last six months of life.