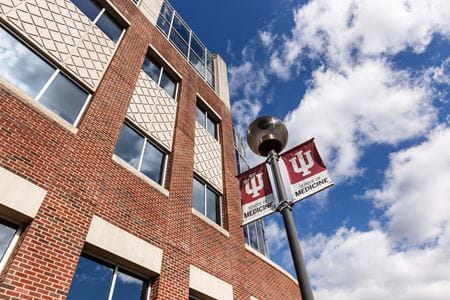 By Andrea Zeek and Emily McKnight

At IU School of Medicine, 2017 was an exciting year for research and discovery, with faculty scientists and physicians bringing in a school record of more than $135 million in funding from the National Institutes of Health (NIH)—an increase of more than 13 percent compared to 2016 and nearly 40 percent over 2013.

Read on to see which research projects and initiatives were awarded the largest NIH grant awards of the year.

This grant represents one year of a five-year, $30 million award to the Indiana Clinical and Translational Sciences Institute (CTSI) by the NIH’s Clinical and Translational Science Awards (CTSA) Program. The Indiana CTSI is one of more than 50 CTSA Program hubs across 31 states and the District of Columbia working together to speed the translation of scientific discovery into improved patient care. The institute was founded in 2008 by director and IU School of Medicine executive associate dean for research affairs Anantha Shekhar, MD, PhD, and is a statewide collaboration among Indiana University, Purdue University and the University of Notre Dame that seeks to improve human health in Indiana by providing resources and expertise that help research-based solutions reach patients faster. The Indiana CTSI also brings together partners in local government, health care, industry, nonprofit and community organizations to tackle health issues throughout the state.

This award represents one year of a five-year, $25 million grant from the National Institute on Aging to establish and fund the Alzheimer’s Disease Precision Models Center at IU School of Medicine and The Jackson Laboratory (JAX). The center is jointly led by Drs. Bruce Lamb and Paul Territo at IU School of Medicine and Drs. Gareth Howell and Greg Carter at JAX, with the goal of breaking the bottleneck in developing new drugs to treat Alzheimer’s disease. The center will focus on creating dozens of new models of Alzheimer’s disease; study their physiology, behavior and genomes for disease relevance; and discover and test potential Alzheimer’s disease treatments. The Alzheimer’s Disease Precision Models Center builds on IU’s strengths in neurodegenerative research including 25 years as home to the NIA-supported Indiana Alzheimer Disease Center, expertise in clinical drug testing and a leadership role in the national Alzheimer’s Disease Neuroimaging Initiative.

The East Africa International Epidemiologic Database to Evaluate AIDS (IeDEA) Regional Consortium, led by IU School of Medicine, received this grant to continue the consortium’s work to enhance HIV care and treatment by assessing patient-level developmental and behavioral factors, in addition to the immediate healthcare environment. The primary goal of IeDEA is to provide answers to questions that clinicians, programs, and governmental and international organizations consider fundamental to the evolution and sustainability of their long-term HIV care and treatment strategies. The currently global focus is on achieving the Joint United Nations Programme on HIV/AIDS (UNAIDS) 90-90-90 targets, which aims to diagnose 90 percent of all HIV-positive persons; provide antiretroviral therapy (ART) to 90 percent of those diagnosed; and achieve viral suppression for 90 percent of those treated by the year 2020.

6) Morphogenesis and growth of the ventricular wall in development and disease
Amount: $2.3 million
Principal Investigator: Anthony B. Firulli, PhD

Congenital heart defects are the most commonly encountered birth defect, affecting as many as eight in 1,000 live births. In many cases, life-saving surgical intervention is required, but despite the prevalence of congenital heart defects, in many cases the underlying molecular etiology of congenital heart defects is not known. This grant represents one year of a five-year, $11.9 million grant awarded to IU School of Medicine in 2017 to shed light on mechanisms that regulate growth and morphogenesis of the heart ventricle during development. Led by principal investigator Anthony Firulli, PhD, who is director of the cardiac developmental biology program at the IU School of Medicine Department of Pediatrics’ Herman B Wells Center for Pediatric Research, the research team’s objective is to gain understanding of how early events impacting mesoderm-lineage specification and differentiation, how mid-gestational events impacting septation and papillary muscle formation, and how late-gestational events impacting cardiomyocyte polarity and sarcomere maturation each contribute to normal ventricular morphogenesis.

Neurofibromatosis type 1 (NF1) is the most common inherited cancer predisposition syndrome, frequently affecting children, adolescents and young adults. This represents one year of a five-year grant through which clinical investigators, physician-scientists and basic researchers with an extensive track record of productive collaborations will focus on developing effective, higher-quality healthcare delivery options for children, adolescents and young adults with neurofibromatosis (NF) and provide insights that will benefit the entire Ras community. The overall goal of the SPORE is to implement effective targeted molecular therapies for neoplasms and cancers by conducting integrated, mechanistically-based translational research.

The Indiana University Melvin and Bren Simon Cancer Center received this award as part of a five year, $7.8 million grant to continue support for the center’s five highly-interactive research programs in the areas of breast cancer; cancer prevention and control; experimental and developmental therapeutics; hematopoiesis, microenvironment and immunology; and tumor microenvironment and metastasis. In addition, funds from this grant will aid the center’s seven shared resources, including chemical genomics; flow cytometry; in vivo therapeutics; a clinical pharmacology and analytical core; tissue procurement and distribution; and biostatistics and data management. Under the guidance of center director Patrick Loehrer, MD, associate dean for cancer research at IU School of Medicine, the grant will assist researchers in upholding the mission of the IU Simon Cancer Center to decrease the mortality and suffering from cancer by conducting outstanding translational research, providing excellence in education, and delivering high-quality, patient-centered care. The IU Simon Cancer Center is Indiana’s only National Cancer Institute-designated cancer center that provides patient care.

This represents one year of a five-year, $10.6 million grant to the Indiana Alzheimer Disease Center (IADC) at IU School of Medicine to continue to support research targeting early intervention and treatments for Alzheimer’s disease and other dementias. Established in 1991, the overarching goal of IADC is to support the U.S. National Plan for AD (National Alzheimer’s Project Act, NAPA) to prevent and effectively treat Alzheimer’s disease by 2025 through innovative research, early detection and novel therapeutics. Principal investigator Andrew Saykin, PSYD, and researchers within the IADC have identified an array of barriers for early intervention, and are utilizing these funds to overcome these barriers and accelerate the pace of research toward prevention and effective treatment. According to the U.S. Centers for Disease Control and Prevention, an estimated 5.4 million people in the U.S. currently suffer from Alzheimer’s disease.

Though management strategies and concomitant technologies for improving glycemic control in patients with Type 1 diabetes continue to evolve, the majority of adolescents with diabetes have glycosylated hemoglobin (HbA1c) values, which measure average blood sugar levels over three months, above the recommended range. Additionally, inequities in health care delivery for these patients occur, including differences in providers’ knowledge/adherence to guidelines, variability in access to providers and socioeconomic inequities. This research project, led by IU School of Medicine professor of pediatrics Tamara Hannon, MD, aims to impact the health and care of adolescents with Type 1 diabetes by using a computerized decision support system in order to provide individualized recommendations to health care providers regarding the needs of their patients. The approach of Dr. Hannon’s team considers the wants and needs of patients, parents and other stakeholders not only in the design of the computerized decision support system, but in helping to refine that system to include patient-centered outcomes.