Multiple myeloma patient believes a cure is around the corner 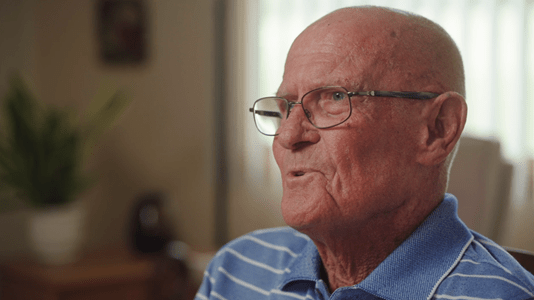 Myron Gill was 50-years old when he began experiencing excruciating back pain. Doctors ran several tests and couldn’t figure out what was wrong with him. Eventually, after evaluating a 24-hour urine specimen, doctors diagnosed Gill with multiple myeloma.

It’s a disease that is often misdiagnosed and mispronounced.

“It’s not melanoma, it’s myeloma,” said Rafat Abonour, MD, IU Grand Challenge Precision Health Initiative multiple myeloma research team leader. “Multiple myeloma is a blood cancer. About 2% of all cancers are made up of these cells that make antibodies to fight infection, they multiply in the bone marrow and they cause the patient to have bone destruction, anemia, high calcium or kidney failure.” The bone disease, brought on by the multiple myeloma, can make the spine fragile, “like a marshmallow,” said Abonour. “It’s the bone destruction that can cause the kind of pain Gill experienced and be a primary symptom that leads to a multiple myeloma diagnoses.”

When Gill was finally diagnosed with multiple myeloma, doctors gave him a couple of years to live. It’s been 20-years, since he was originally diagnosed, and he believes through the IU Grand Challenge Precision Health Initiative and the technology and talent it brings along with it, we [IU] will come up with a cure. “I don’t think it’s gonna be very long before they do,” said Gill. “I certainly hope not, because I don’t want to see people suffer like I had to for a while.”

Gill’s journey with the disease has been wonderful but it’s been hard.

“He’s lived long enough to see grandkids accomplish things and I think that’s blessing, said Abonour. “But if we are going to make a difference, we need to prevent myeloma.”

And the more exciting question, we are asking ourselves today, is can we cure multiple myeloma. “We believe, through the IU Grand Challenge Precision Health Initiative, we have the tools to try to cure a percentage of patients, said Abonour. “We want to try to come up with the right combination for patients so they have a lasting remission and live a long life.”