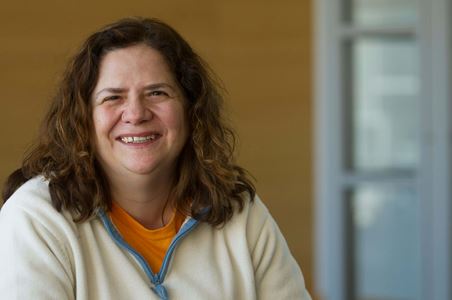 Imagine feeling happy, sad, angry or scared, but not knowing how to use those simple words to describe your emotions. For Maria Martino, that’s been her reality for over 10 years.

“All I knew was sad, frustrated and angry,” said Martino. “I only knew some unpleasant emotions.”

Martino has a condition called alexithymia, which causes her to have trouble processing emotions. It results from neurological damage after traumatic brain injury, which Martino experienced 13 years ago in a car crash.

“I had major injuries,” said Martino. “I had a concussion, I bruised my sternum, I couldn’t walk.”

Martino spent years trying to recover from her injuries, but she finally found help understanding emotions when she participated in a study with Indiana University School of Medicine Department of Physical Medicine and Rehabilitation and the Rehabilitation Hospital of Indiana.

“I learned it was alexithymia and I’m like, ‘oh my gosh, somebody really cares,’” said Martino.

The study used a tool called My Emotional Compass to help people like Martino relearn how to recognize and describe their own emotions. The compass divides emotions into four quadrants based on emotional valence (pleasant or unpleasant) and energy (high or low).

“At the beginning, I just had lot on the unpleasant side of the compass,” said Martino.

As part of the study, Martino was asked to look at videos or read scenarios that described an emotional event, then identify words that described how she would feel in response to those scenarios. She says at first, she had a hard time choosing the right words, because the few emotions she could identify were all considered part of the high-energy, unpleasant quadrant, such as angry. She also had trouble understanding that some emotions could be associated with both low and high energy and therefore fall under two different quadrants depending on the situation, such as “happy” being a low energy or high energy emotion.

“I didn’t have a lot of pleasant emotions,” said Martino. “It wasn’t making sense. There was no Venn diagram for me to connect it.”

But Martino did not give up, and after several weeks, something finally clicked.

“All of a sudden this lightbulb went off and I had words,” said Martino. “By the end, I was so exuberant. I was on cloud nine, because I had all these words… without words, you’re powerless, and so I felt stronger.”

Now, the new My Emotional Compass app is helping Martino and others with alexithymia to continue learning new words and emotions. Martino downloaded the app on her cell phone and tablet and uses it to help identify how she is feeling in certain situations. She says the ability to continue learning to talk about her emotions is helping her achieve new goals in life. She recently started a new job and she plans to continue the doctorate program she started before that car crash 13 years ago, working toward a PhD in Family Studies and Health Behavior at Indiana University.

“I am grateful I was able to participate in this study. Now with my emotions, I can talk about them,” said Martino. “I’m alive and I’m doing this well, so it’s a miracle.”