Growth in the Lab

For the fifth-straight year, Indiana University School of Medicine set a school record for research funding received from the National Institutes of Health, showcasing its continued leadership in the field of medical research. 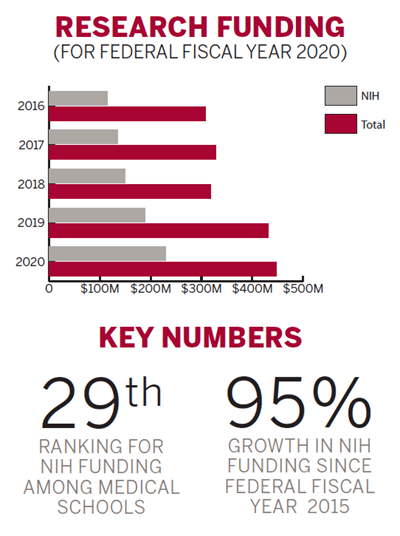