Should I join the military to pay for medical school? 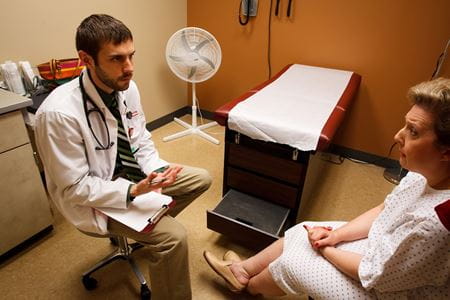 Of course, as a financial aid professional, I believe in making students aware of opportunities such as the HPSP and if there is interest, I suggest they meet with a military recruiter to learn more about the opportunity.  I have found that military recruiters can be very good or very bad, depending on their background.  If they come from a medical corps background, they can be very informative and insightful on expectations; otherwise, they can be more of a used car salesman approach.  Fortunately, many of the recruiters I have had the pleasure of assisting, have been the former.

The White Coat Investor makes a great point, which I will repeat here: “I would never recommend someone join the military for the financial benefits.  The unique hassles of the military such as going through the military match, dealing with military bureaucracy and hospital rank structure, not having control over where you live, and potential deployments cannot be compensated for with money.  Only a true desire to serve your country and those who put their lives on the line for you and your loved ones each day can compensate you for that.  In the end, this decision should be made based on the prospective medical student’s desire to be in the military and not the financial ramifications.”

If money is the only motivator, is it worth the investment?  Well, let’s see.  If I add up the compensation while in medical school as a resident medical student, I come up with an approximate value of $260,000 or $360,000 for a non-resident student.  This is compared to borrowing these amounts as an investment and paying back the loans with interest at a ballpark of $458,945 or $560,000 respectively.  This is assuming it will take 10 years to pay back the amounts after a 4-year residency program.  So, it is easy to see where an HPSP would be worth its value financially during medical school.  Now, if you look at it from a career standpoint, then the position may change depending on what type of career you go into.  It is still a great deal financially while in residency since the resident income for an HPSP Resident is near $75,000 annually while the civilian residency salary is near $56,000.

The military physician makes approximately $150,000 per year while in their active duty service (this includes military housing allowances).  Based on a resident (versus non-resident) medical student, after four years of medical school, three years of residency, and four years of post-residency practice, the military physician has received benefits of approximately $1.125 million and the civilian physician has received benefits of $1.083 million (based on average civilian physician compensation), essentially a draw.  The balance is tilted in favor of the civilian route for a cheaper medical school, cheaper loans, a higher-paying specialty, or a more lucrative private partnership type position.  Conversely, the balance is tilted in favor of the military route for a more expensive medical school, a lower paying specialty, or prior military service.

A financial perspective to Interviewing and relocating to a residency program.
On 529-Plan Knowledge
Introducing MS Money Blog