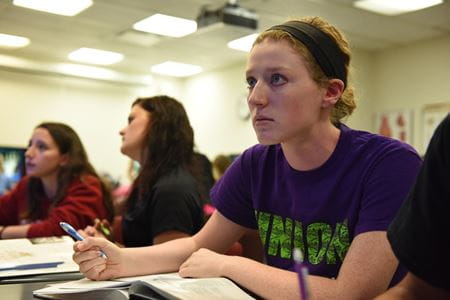 Student in classroom looking up

I recently sat down with a medical student parent who did not know what a 529 Plan was.  I was struck by this and began researching the 529 Plan.  Despite these plans being around for more than 15 years, the 529 college savings plans are not utilized in great numbers.  A recent survey by Edward Jones of just over 1000 U.S. adults (including parents and those without children) indicated that “66% of Americans don’t [even] know what a 529 is.”

First launched in the 1990s, 529 plans are tax-advantaged savings vehicles intended to help parents and other adults save for college education. Financial planners can choose from 529 college savings plans that offer stock funds, bond funds and other investments and 529 prepaid-tuition plans, which offer a promise to keep up with tuition inflation. Earnings in both types of 529 plans grow tax-deferred and can be withdrawn tax-free when used for qualified higher-education expenses, such as tuition and room and board.

Sallie Mae released a report in April 2015 called “How America Saves for College” that stated 27% of parents are using these plans.  My story may be unique in that we started saving for our daughter’s college costs when she was born in 1990.  In the mid-1990s, we switched to a 529 Plan with the state of Indiana called College Choice.  This decision made it possible for our daughter to choose Harvard University over Duke University and Indiana University, both of which had given her the sun and the moon to attend.  With the 529 Plan, she was able to attend Harvard debt-free with the help of the need-based funding policies.  Hard did not and still does not give merit-based funding.

Sallie Mae also found that it was unclear whether 529 plans were becoming more well-known as the years passes.  Clearly, this year’s statistics was an improvement from 2014, when 63% couldn’t identify a 529 plan.  There was evidence that trends pointed toward significant growth during the history of 529 plans, but over the last few years that trend has slowed.

It’s unknown what’s behind the slowing growth, but one 529 expert says several factors could be at play. Joe Hurley, founder of Savingforcollege.com, which tracks 529 plans, says it’s the result of Americans having other financial priorities, such as saving for retirement, that trump college savings—as well as confusion about what 529 plans are and how they work.

He says the industry needs to do more to market the plans to families. “There certainly is a marketing challenge which the industry has not conquered,” he says.

The College Savings Plans Network, which represents the 529-plan industry, says the plans have been taking steps to increase the number of new account owners. “Plans are very innovative in their outreach approaches, utilizing everything from matching-grant programs to opening accounts for new parent’s right at the hospital at birth,” says Betty Lochner, chairwoman of the group and the director of the prepaid plan in Washington State.

At the medical school, I have seen a small increase in the number of entering students using 529 Plans to help pay for their tuition.  Generally, it is for the first year and possible for a partial second year.  What I commonly have seen is that many of the students using their 529 plans is a result of the student getting all of their undergraduate costs covered through merit-based scholarships and may not have had an opportunity to use their college savings while in undergrad.

A financial perspective to Interviewing and relocating to a residency program.
Should I join the military to pay for medical school?
Introducing MS Money Blog