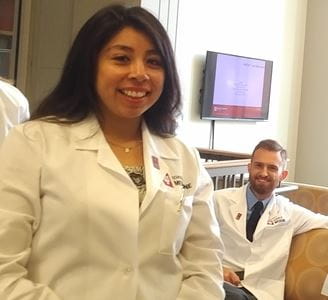 IU School of Medicine–West Lafayette’s monthly medical Spanish lunch series has come to end for the year. During the inaugural semester, IU School of Medicine brought in local Spanish-speaking physicians as well as Purdue Spanish professors to offer diverse perspectives on utilizing Spanish in medicine. The series was a mix of informational lecture-based sessions on taking a history in Spanish, group-based discussion surrounding cultural differences among Spanish-speaking countries and interactive competitions to increase medical Spanish vocabulary. Students enjoyed the excuse to utilize their Spanish skills all the while building a clinical toolbox that will be useful no matter where they end up practicing. By the end of the series, even non-Spanish speaking students were giving it a try!

A special thanks to Thomas Jones, MD, for organizing all of the physicians and professors as well as Cecilia Tenorio from Purdue’s School of Languages and Culture for her willingness to partner with IU School of Medicine and create a learning module for students in the years to come.

Be on the lookout for information about the medical Spanish lunch series next academic year!