Out of the Shadows – Story One: Waking Up From the Fog 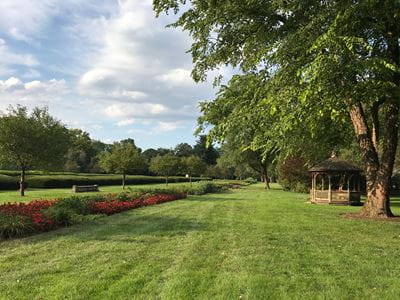 As a fourth-year medical student pursuing a career in psychiatry, I care about mental health — both in my patients and colleagues. To address obstacles to medical student wellness, I partnered with the Wellness Committee at IU School of Medicine to develop Out of the Shadows: Personal Stories of Mental Health from the IUSM Community, an initiative aimed at destigmatizing issues related to mental health through the sharing of stories of adversity by individuals in the IUSM community. One of the most important parts of this initiative is to show students that while everyone has different experiences, no one is alone in their struggle and there are ways to seek help.

For our first story, I interviewed a fourth-year medical student about her struggle with depression and anxiety and how therapy and medication helped her regain her sense of hope. To respect the privacy of this student, personal identifying information has been removed.

Can you tell me about what led you to seek help?

I was unprepared for the stress of second year. In the middle of it, I was at dinner with my husband and suddenly couldn’t breathe and had crushing chest pain. I thought it was a heart attack – “What else could it be?” I thought. Everything checked out fine, of course, and when I saw my primary care physician soon after, she said, “It sounds like it was a panic attack.” I kind of shrugged it off, but once Step 1 season began, I noticed more signs of stress. I would study for 8 hours/day, and wouldn’t remember a thing, which isn’t typical.

When we got into third year, for some reason I got super depressed right off the bat. As it got into the fall and winter season I had the thought that it would be easier to get in my car, drive somewhere else, start over, and fake my own death than stay here and do this. That was when I realized I needed to get help.

Was that the first time you had thoughts of death and dying?

I’ve battled depression in high school and have had feelings like that before, but this was the one that scared me the most because I was looking ahead to the long road and how competitive it can be and how taxing it was physically and emotionally so far that I didn’t want to do this. I felt like there was no good that was in the future.

In December, I just so happened to have my annual appointment with my Ob/Gyn. She’s known me [for] years and all throughout medical school. I told her I think I might be depressed. That was the first time I had said that out loud. I told her about the brain fog and trouble sleeping. I said maybe I’ll eventually I’d like to try medication. She said “We’re going to try something now because you aren’t the person I’m used to.” I was skeptical, but I started medication and within two weeks my family said they noticed a difference.

What did they notice?

The way my husband put it was [that] I was more even. He said things didn’t throw me off as much. He said it seemed like I was in more control.

What was the first thing you noticed that changed after starting medication?

It was studying. I’d read Pestana’s for surgery, a week later I did practice questions, and I remembered reading it – I would get the answer right. I was like this is what I read in the book and this is the answer. That had been so different for me last year where I could study and not retain anything.

It’s interesting that the first thing that you noticed was your concentration, not necessarily your mood.

Yes, that never had been an issue before. That was one of the first signals that something was wrong. I would study harder, but wouldn’t remember any of it. I think that’s one of the symptoms that is overlooked the most in depression/anxiety. People forget the brain fog. It was like my brain had betrayed me.

Did you use therapy as well?

Yes, we have this program at [my campus] that’s part of their capstone program for clinical psychologists who hadn’t graduated yet but were really close and, therefore, it was a free therapy session. [They were] very brief 20-minute sessions, but she gave me really good coping tools to deal with the anxiety.

What types of coping skills did you learn in therapy?

My therapist taught me square breathing. You breathe in for three seconds, hold for three seconds, and exhale for three seconds.  She also taught me a grounding technique. You look around with both feet on the ground hands on your thighs. You try to identify five things that you can see, four things you can touch, three things you can hear, two things you can smell, and one thing you can taste. And it just helps stop the loop of anxiety, grounds you, and allows you to feel safe. And you know what? It works. It really works. She was also very good at challenging my negative thoughts instead of validating them, which was very important.

Some people say they’re hesitant to start medication because they’re worried that it might change who they are. Do you think medication changed who you were?

I think it made me more of who I am. I think I was hollow. I didn’t feel like I had an identity and now that I’m on medication I’m excited about life. I’m happy to get out of bed. I enjoy studying. I enjoy talking to strangers. This is who I am.

What would you say to someone who might be struggling and is hesitant to seek help?

I would say I was surprised by how understanding everyone was from my primary care physician to my gynecologist to the Ph.D student. No one was surprised by what I was feeling. That was very validating for me. I thought for sure other physicians would look at me and think “What’s your problem? Just get over it. We’ve all been through this.” But it was very much the opposite. So, for someone who’s hesitant, I would say expect understanding instead of reprimanding.

Matthew is a 4th year medical student passionate about mental health and wellness. Outside of the hospital, he loves running, cooking, and exploring coffee shops in Indy.