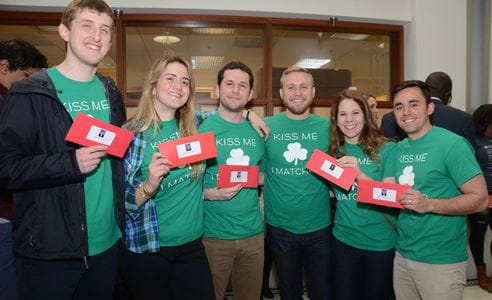 Match Day is one of the biggest days in the lives of graduating medical students at Indiana University School of Medicine and at other academic institutions in the U.S. After months of applying and interviewing with desired residency programs in their selected specialty, MD students will finally learn the next stop of their medical training journey at the fun-filled and highly anticipated Match Day ceremony. Check out these facts about Match and IU School of Medicine residencies, adapted from AAMC’s 8 Things to Know about Residency and The Match®.