Celebration of Life for Peter Roach, PhD, is June 8 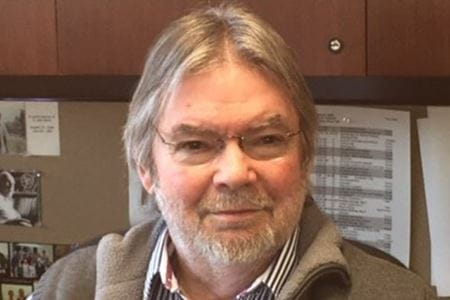 A Celebration of Life for Peter J. Roach, PhD, will be held on Wednesday, June 8, 2022. Dr. Roach, who passed away on March 11, was an Indiana University Distinguished Professor, IUPUI Chancellor’s Professor and Professor of Biochemistry and Molecular Biology at IU School of Medicine in Indianapolis.

Born in Rangeworthy, United Kingdom, Dr. Roach joined IU School of Medicine in 1979. During his career, he received many accolades, both as a faculty member and as a mentor, including being named Chancellor's Professor of IUPUI in 2000 and IU Distinguished Professor in 2008. A strong believer in the value of basic research as applied to disease, he published more than 200 peer-reviewed papers and for 41 years held the longest-funded National Institutes of Health grant at Indiana University. Dr. Roach earned international recognition for his studies on glycogen metabolism and its regulation. In the last 15 years, his glycogen expertise led him to studies of Lafora Disease where he made outstanding contributions to the pathogenesis of this deadly childhood disorder.

Professor Bruce E. Kemp, from the University of Melbourne, stated “Peter Roach immortalized the concept of sequential phosphorylation by naming it “Hierarchical protein phosphorylation,” that “this concept has achieved the status of one of the canons in the field and his contribution passes the test of developing a concept that is so widely accepted and imbedded in our understanding and thinking that it typically would not be cited.”

Dr. Roach was the founding principal investigator and director of a T32 training grant in diabetes and obesity. His approach to student training is a model for faculty members not only at Indiana University, but throughout the world. Under his mentorship, 18 students earned PhD or master’s degrees and 20 postdoctoral fellows studied under his direction.