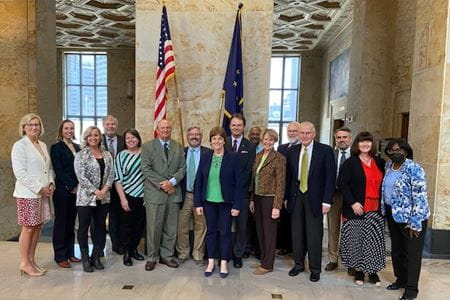 Small town doctors can make a big difference in statewide change. That’s the lesson David Welsh, MD, learned from his longtime mentor Otis Bowen, MD, an Indiana University School of Medicine graduate who started as a rural family physician before being elected to the Indiana House of Representatives and ultimately serving as Indiana governor from 1973-1981.

“I was always taught you give back and help in your community,” said Welsh, a 1984 IU School of Medicine graduate and general surgeon who, for the last 30 years, has served as health officer for Ripley County, a rural community in southeast Indiana. He recently added responsibility for neighboring Franklin County, as well.

Across the state, about 50 percent of Indiana’s 94 local health departments (LHDs) are led by IU School of Medicine-trained physicians.

While Indiana ranks well on quality-of-life metrics like cost of living and K-12 education, it consistently ranks among the bottom 20 percent of states on key public health metrics, including life expectancy, obesity, smoking and infant mortality. 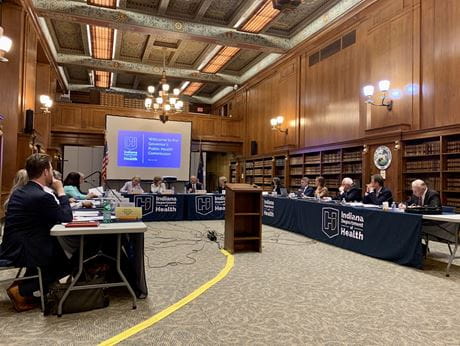 The commission’s report calls for the state legislature to increase public health spending by nearly $250 million. Indiana currently ranks 48th out of the 50 states for public health funding.

“Years ago, we focused on K-12 education, and we’ve been busy focusing on our economy. Now we need to grow appreciation for investing in public health,” said State Health Commissioner Kristina Box, MD, FACOG, a 1987 IU School of Medicine graduate who was the commission’s secretary. “This is the next right thing for Indiana.” 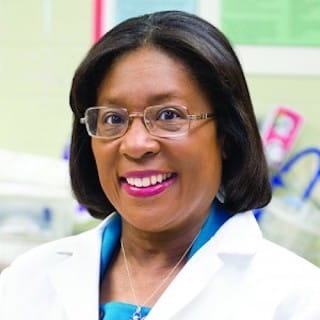 As Caine sees it, “Local health departments are the backbone of efforts to keep our communities safe.” Disparities in community-level funding mean not all Hoosiers have the same access to public health services.

Disparities in LHD funding range from a low of $1.25 per capita spending in Shelby County to a high of $82.71 in Marion County. In Ripley County, it’s about $11.

Across Indiana, average life expectancy varies by as much as nine years, depending on which county a person lives in. And Indiana’s overall life expectancy is nearly two years below the national average of 78.8, ranking the state 40th in the nation.

“Where you live really does impact your health and length of life,” Box said.

Box has been leading the Indiana Department of Health (IDOH) since 2017, succeeding another IU School of Medicine alum, Jerome Adams, MD, MPH, after he became Surgeon General of the United States for the Trump administration. As an obstetrician and gynecologist in Indianapolis for 30 years, Box had become increasingly involved in state-level advocacy to address Indiana’s high rates of infant and maternal mortality prior to becoming health commissioner. 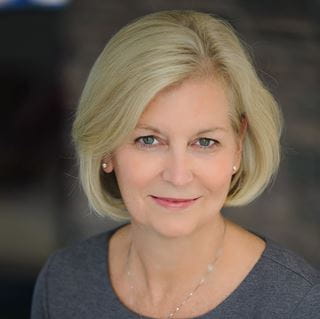 “For some time, I’ve felt called to do more to help Hoosiers,” she said in 2017 when she became health commissioner. “While the opioid epidemic and infant mortality may grab the most headlines, public health in Indiana is also about decreasing tobacco use, obesity, chronic diseases and so much more. Our state has many health challenges, and we must work together creatively to make a difference in Hoosiers’ health.”

“They didn’t tell me there would be a pandemic,” Box said ruefully.

“At the state level, we had a core team who sacrificed their lives to serve around the clock—people were falling asleep in virtual meetings that lasted until 11 pm,” Box recalled.

“The most important thing the state Department of Health can do is to support our local health departments—our boots on the ground,” Box said, noting many LHDs have five or fewer employees. “Many weren’t prepared, and others did the best they could. The Indiana National Guard and Indiana Hospital Association really helped.” 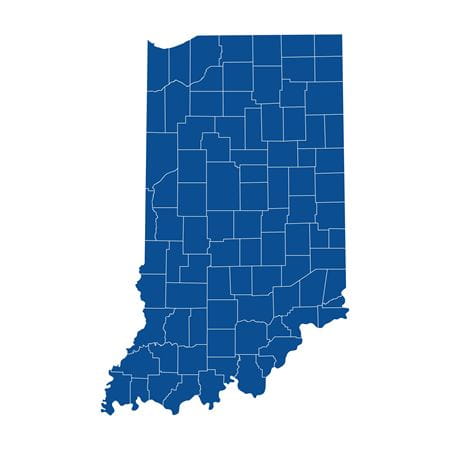 In December 2020, the IU Fairbanks School of Public Health released an Indiana Public Health System Review, which highlighted deficiencies. The findings were not a surprise to Box, but the timing of the report—arriving while health workers were giving their all during the pandemic—was “like a dart to my heart,” she said.

“All the gaps and warts in our public health system were exposed,” Box said. 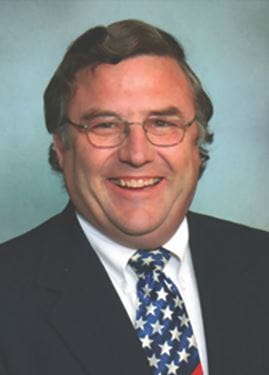 “We have a very short bench,” acknowledged Welsh. “COVID wore people down—there’s been turnover of workforce at the health departments.”

At the state level, 330 of 760 health department employees left their jobs at some point during the pandemic, Box said. The commission’s recommendations include ways to address public health and health care workforce shortages through enhanced training, recruitment and incentives for retention.

“We need to collect data, integrate it across multiple data sources and use data analytics to drive public health decisions across the state,” Box said.

As part of the Governor’s Public Health Commission, Welsh and Caine invited other local health officers to give their input during an hours-long conference call.

“Listening is key for public health,” Welsh said. “You want to find out what the needs and concerns are in the community.” 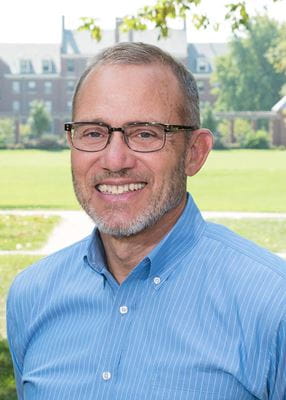 A 1981 IU School of Medicine graduate and 35-year faculty member, Einterz brings a global perspective to his role as county health officer. In 1990, Einterz co-founded IU’s partnership program with Moi University in Kenya, which evolved into the AMPATH global health initiative. He retired as director in January 2020 and stepped into his role with St. Joseph County in February—one week before the World Health Organization declared COVID-19 a pandemic.

“I have no question that some of the successes we had in St. Joseph County were a direct result of the knowledge and insights gained through IU’s global partnerships,” said Einterz, who had experience with the HIV pandemic in Kenya. “I was proud we were the first county in Indiana to issue a mask mandate—which caused some consternation—and I was proud of the mass vaccination clinic we put together, relying on community volunteers working with the health department.”

“IU School of Medicine is doing a terrific job teaching health promotion and disease prevention and giving students a greater understating of public health than what we had 40 years ago,” Einterz noted.

Medical education at the South Bend campus is particularly focused on ethics, equity and justice—important considerations in public health.

“There are too many health disparities across multiple health conditions, which is the result of fragmentation in this community,” Einterz said. “We employ community health workers who serve as liaisons between the community and the health department. They work as resource navigators whose role is to give voice to community members—to empower those who heretofore had little or no voice.” 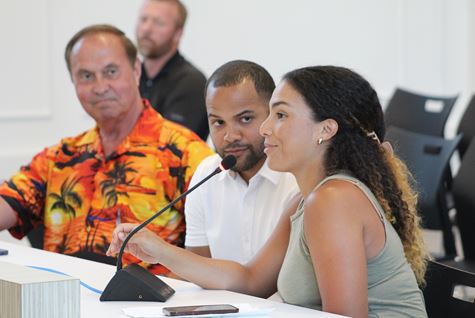 In Tippecanoe County, Gregory Loomis, MD, stepped into the health officer role in June 2022 after teaching at IU School of Medicine-West Lafayette. He continues to provide service-learning opportunities for medical and nursing students through the county health department.

“I teach my medical students that when people ask you to do things for the benefit of the community or for underprivileged and vulnerable populations, you have to help out,” Loomis said. “We, as physicians, all want to help people stay healthy, but the deeper dive is creating the environment which allows them to do that.”

Now, as local health departments face increasing numbers of monkeypox outbreaks, they will take the lessons learned during COVID and attempt to mend the systemic weaknesses it exposed. The Governor’s Public Health Commission report will serve as a guide for moving forward and changing Indiana’s dismal health statistics.