Diversity on the Walls: Celebrating the portrait unveiling of Clarence Lucas, Sr., MD, one of the first African American graduates of IU School of Medicine

On October 7, IU School of Medicine held a virtual ceremony to unveil the portrait of Clarence Augustus Lucas, Sr., MD, one of the first African American medical students to graduate from IU School of Medicine. Located in the atrium of the Van Nuys Medical Science Building, this portrait reflects the monumental accomplishments of Lucas’ life and his legacy as a trailblazer in medicine.

The unveiling of Lucas' portrait is the first of many aimed at promoting representational diversity in the artwork displayed across campus buildings through the “On the Walls” project. Led by Theresa Rohr-Kirchgraber, MD, this project began last year after she heard from students and staff that the walls around IU School of Medicine did not reflect the rich diversity of our community. In fact, after looking at each portrait, Rohr-Kirchgraber found that the school did not have a single portrait of an African American physician or scientist and only one picture of a woman.

“We sought to change this,” said Rohr-Kirchgraber. “We looked back in history and found that Dr. Lucas was one of our first African American graduates in 1908, but his picture wasn’t included in the class portrait as he was not allowed to be included. We are changing that story and we are enthusiastic about the changes that are now going on within the school of medicine in many different sectors.”

To celebrate this unveiling, family members were in attendance, including his granddaughter, Lynn Lucas-Fehm, MD, JD. Lucas-Fehm has kept a treasure trove of her grandfather’s documents throughout the years, such as class registration lists, clinical cards, pictures, passports, letters of recommendation and newspaper clippings--all of which have been passed down through multiple generations. Paul Mullins, PhD, professor of anthropology at IUPUI, was able to provide the audience with insight into Lucas’ life as a physician in Indianapolis due to the family’s diligent record-keeping.

To celebrate and honor the legacy of Lucas, Jay Parnell was commissioned by the “On the Walls” project to paint his portrait. During this special unveiling event, Parnell expressed how honored he was to be chosen for this portrait project and explained how he selected an oil painting to reflect the character of Lucas. “Oil portraiture goes back thousands of years and I think is the best and timeless choice to memorialize someone,” said Parnell. His legacy will live on for generations to come. 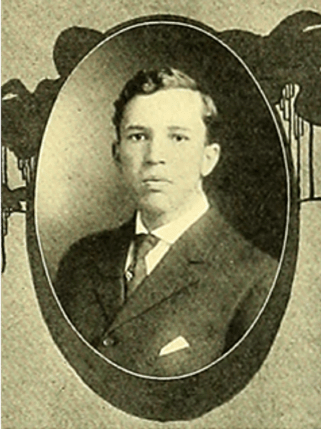 Born on November 23, 1884 in Huntington, West Virginia, Clarence Augustus Lucas, Sr., MD, was raised by his grandparents on their farm in Piketon, Ohio. Dedicated to becoming a physician, Lucas worked in hotels and on dining and Pullman cars during vacations to pay for medical school. Upon arriving in Indianapolis, Lucas began his medical training in 1904 at the Central College of Physicians and Surgeons before completing three years at the Indiana Medical College.

Upon graduating in 1908, alongside Alfred Hudson Hendricks, Jr., another African American physician, Lucas became the second African American intern at city hospital. After completing his internship, Lucas established a private practice and served at Lincoln Hospital, which was established by African American doctors in response to their being barred from treating black patients in city hospitals. In addition to practicing and serving at Lincoln Hospital, Lucas trained throughout his life and attended clinics at Harvard University and the University of London. 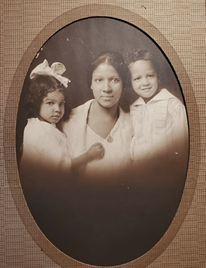 In June of 1912, Lucas married Carrie Heston, a teacher, and moved to a house on Bellefontaine Street near the Northside of Indianapolis, where their daughter, Carolyn, and son, Clarence Lucas, Jr., were born in 1913 and 1914, respectively. In 1930, a white physician colleague sold his Central Avenue house in an exclusively white neighborhood to Lucas in 1930. A week later, the Central Avenue neighbors met and formed the Northside Protective Association to force Lucas and his family out of the neighborhood. They gave him an ultimatum, either the Lucas family sold their house to the association or the members of the association would discharge every African American they employed in domestic service. Not wanting to cause such an outcome, the Lucas family moved back to their home on Bellefontaine Street.

This was not the only discrimination the family encountered with racial antipathy. Lucas’ son, Clarence Lucas, Jr., followed in his father’s footsteps and became a physician. However in 1940, almost one month into his internship at City Hospital, he was dismissed for refusing to eat in a separate dining area specifically for black interns. This was despite the fact that white interns and physicians signed a petition to allow him to sit with them in the main dining area. Ultimately, Clarence Lucas, Jr. left to complete his internship in St. Louis and returned to Indianapolis to practice. 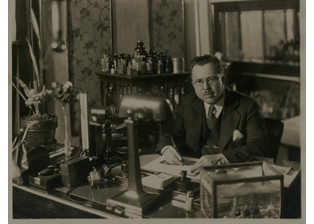 Lucas-Fehm shared that the monument her grandmother refers to “is the recognition and communication of the challenges which my grandfather and father met head on and overcame just as numerous other African American physicians endured throughout our nation. I hope that all of their stories will someday be told.”

Those interested in seeing the portrait in person can visit the Van Nuys Medical Science building. The portrait is in the atrium near the DNA Tower sculpture. For those interested in watching a recording of the “Diversity on the Walls” event please click here. Additional information about Clarence Lucas Sr. and other early African American physicians in Indianapolis can be found at the following link: https://invisibleindianapolis.wordpress.com/2020/08/09/the-heritage-of-racism-and-medicine-in-indianapolis/

Advance your career in academic medicine with PLUS
IU Nephrologist named to IBJ's 'Forty Under 40'
IU’s Dbeibo named to IBJ’s ‘Forty Under 40’
Faculty bringing a new focus on ethics, diversity, equity and inclusion in the anatomy field
IU's Michael Davis cooperates with government, global health leaders to curb COVID cases in Liberia