15th Anniversary of Miles for Myeloma Forty-eight cyclists hit the road in October for the annual Miles for Myeloma ride. Rafat Abonour, MD, leader of the Precision Health Initiative multiple myeloma disease research team, first organized this event back in 2005 and has participated each year. Kendallville Mayor SuzAnne Handshoe proclaimed October 11 as “Miles for Myeloma 15th Anniversary Day” and gave Abonour a key to the city.

Even though the weather conditions weren’t ideal for this year’s ride, there were 14 volunteers along the route, providing snacks and water for the cyclists. The two-day event gives patients and their loved ones a chance to raise awareness about the blood cancer and raise money for research about the rare disease. So far in 2019, the team has raised $378,702.95. Anyone can still donate through December 31, 2019. 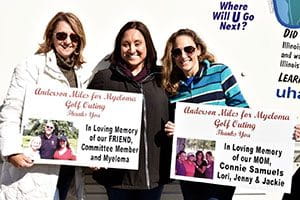 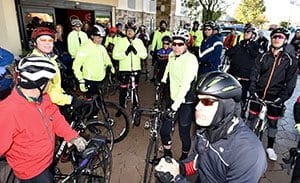 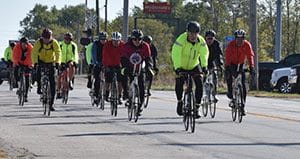 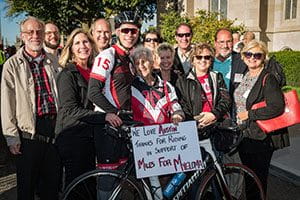 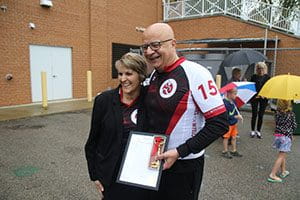 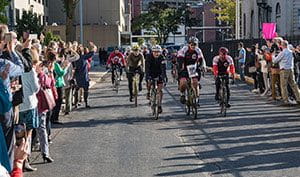 The fundraising team also announced a generous $1,000,000 gift at the Miles for Myeloma dinner from a family affected by the disease, with $500,000 designated for myeloma research and another $500,000 set aside specifically for general cancer research. Since 2005, Miles for Myeloma has raised more than $5 million for research and patient care at IU.