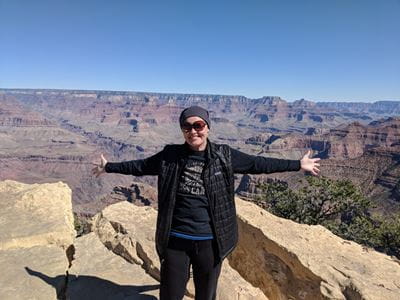 Jenny Larner Brown knew she had an aggressive form of breast cancer. She had been through surgery, chemotherapy and radiation therapy—twice. At every juncture in her difficult breast cancer journey, Brown’s oncologist, Kathy Miller, MD, had been there to assure her there was a path forward for treatment.

This time was different.

“She held my hand, and it was one of those surreal moments that freeze in time,” Brown recalled. “This time there were no treatment options.” 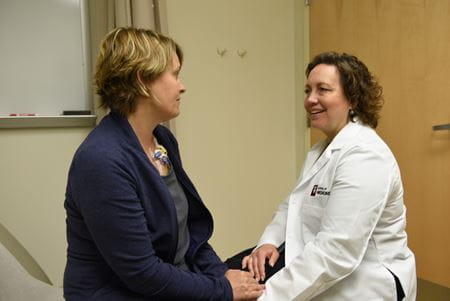 Brown dreams of a day when no one would ever experience that kind of moment.

“I hope in five or 10 years that nobody worries about dying of breast cancer,” she said. “I would love there to be a time when the most serious breast cancer can be managed as a chronic illness—and that no one has to sit down with their oncologist and hear that they’re out of options.”

It’s now been more than two years since that terrifying moment when Brown learned her cancer was back for the third time—stage 4 of a rare, deadly combination of both triple negative and inflammatory breast cancers—and that she had an estimated 12-to-18 months to live.

Yet here she is. Taking trips with her family and friends, hiking sections of the Appalachian Trail, pursuing a master’s degree, and savoring every moment.

Because there was one option.

Brown was invited by Miller, co-leader of the breast cancer working group at the Vera Bradley Foundation Center for Breast Cancer Research, to participate in an Indiana University School of Medicine first-in-human clinical trial for women with recurrent triple negative breast cancer (TNBC). Called Whac-a-Mole after the popular arcade game, the trial aimed to test a two-drug knockout combination therapy. TNBC is tricky to treat because when one chemotherapy drug knocks out the cancer, another genetic pathway “pops up” allowing the cancer to persist, just like those pestilent moles in the game.

With all clinical trials, there are risks, and participants are made aware that they may not personally benefit but will help advance the medical community’s understanding and future treatment of the disease.

Brown and her medical team at the Indiana University Melvin and Bren Simon Comprehensive Cancer Center certainly did not expect what happened next.

In four years of battling cancer, Brown had never vomited from chemotherapy. But that changed during the infusion of her first dose of the experimental drug therapy in August 2019.

“It was really scary—my whole body went into shock. I was convulsing, teeth chattering, in a fog. I was in so much pain,” Brown recalled. “It felt like I had meningitis, epilepsy and hypothermia all at once—and I couldn’t stop throwing up. I truly feared I might not survive the treatment.” 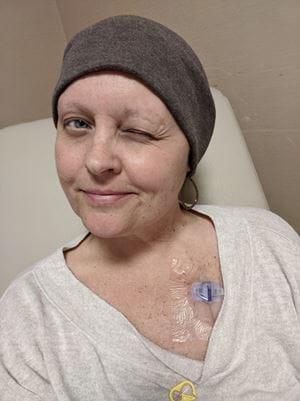 She was admitted to the hospital for two days to monitor and manage symptoms. It seemed her body had rejected the drugs, so she didn’t expect much from her first follow-up ultrasound to check the effect on her tumor.

The result was indeed shocking—her tumor had vanished.

“It was a total response after one treatment,” Brown still marvels. “That first crazy hit, it was like an exorcism. And ever since, my scans have been stable. It feels like a miracle.”

Brown stayed on the trial drugs for nine months—at her own insistence—and never had another negative reaction. Today—18 months after ending all cancer drugs—she remains cancer free.

Brown’s results were a remarkable exception rather than the norm in the Whac-a-Mole clinical trial.

“What we really hope to do is understand it,” said Miller, the Ballvé Lantero Professor of Oncology at IU School of Medicine and associate director of clinical research at the IU Simon Comprehensive Cancer Center. “The better we can understand how that happened for her—what is unique about Jenny, her tumor and this therapy—the closer we get to being able to replicate it and get that response for others.”

The resurrection of everyday life

There was a time in Brown’s pre-cancer life when she might have allowed herself to be distracted when hearing the play-by-plays of her teen daughter’s school happenings. She might have worried about missing work or other obligations when helping her college-aged daughter set up her first rental house and utility bills.

“Everything feels like a huge gift,” Brown said. “Getting this unexpected time has changed how I live and how I approach my relationships. I don’t put things off, and I try to be very present—and grateful—for the experiences I get to have.”

If the trial drugs generated a cancer exorcism, Brown is now experiencing her resurrection—reawakening to life after years of impending death.

Last summer, she enjoyed a road trip to Orlando with her daughters and hiked 33 miles of the Appalachian Trail in North Carolina with her husband, Danny. Brown aims to do the entire 2,180 or so miles of the rugged mountain trail in her lifetime—which now seems possible.

The first section of the Appalachian Trail she ever hiked was the 80-mile portion through Georgia in 2015—a year before her initial breast cancer diagnosis—and she did it solo. In the midst of her cancer treatments, she mentally drew strength from that experience, reminding herself she would make it if she just kept taking the next step forward.

“The trail teaches you so much about resilience and resourcefulness,” Brown said. “You feel every emotion, and you manage to find strength you didn’t know you had. You’ve got to keep putting one foot in front of the other. You keep breathing; you keep walking—even when it hurts.”

Now Brown is embarking on a new career in medical social work. Her aim is to become a breast cancer navigator.

“Cancer has a way of taking away power and control from you. It’s a whole new world with a whole new language—things happen really fast, and it’s overwhelming,” Brown said. “I would love to work with people newly diagnosed with breast cancer and help them understand the different parts of treatment and empower them to make informed decisions about their course of treatment.”

The testimony for clinical trials


Brown is especially passionate about alleviating patients’ reluctance to participate in clinical research. After all, she’s a walking testament to the potential benefits.

Brown recognizes the good fortune of her position at the time of her diagnosis. She was an IU School of Medicine staff member in the Office of Strategic Communications, so connecting with breast cancer experts was easy. She was aware of ongoing research into triple negative breast cancer and trusted the clinical trial designed by Miller and Milan Radovich, PhD. 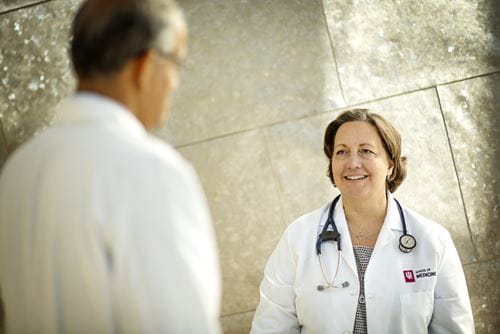 The Whac-a-Mole trial was undergirded by years of research in Radovich’s lab, beginning by comparing samples of healthy breast tissue from the Susan G. Komen Tissue Bank at the IU Simon Comprehensive Cancer Center with tissue samples from breast cancer patients with TNBC. Analyzing their molecular and genetic differences was key to discovering what had gone haywire in the cancerous cells—and determining which drugs might be most effective in knocking out the cancer.

“It does really feel like a miracle to have been in exactly the right place, where this lab is looking into treatment options for the exact type of disease I have—it seems like divine intervention,” Brown said.

About 43,600 women and 530 men in the United States are expected to die from breast cancer this year, according to the American Cancer Society. Miller and other medical scientists at IU School of Medicine will continue searching for better therapies—until there is a cure.

“We’ve come a tremendous way, but we’re not done because people still die,” Miller said. “I think we’re in an incredibly encouraging and exciting time. I think we will see continued improvements in the effectiveness of the treatments we have to offer people as we learn more about the detailed breast cancer biology in all of its different forms.”

Brown donated her breast and lymph tissue so medical scientists can continue studying her outstanding outcome. 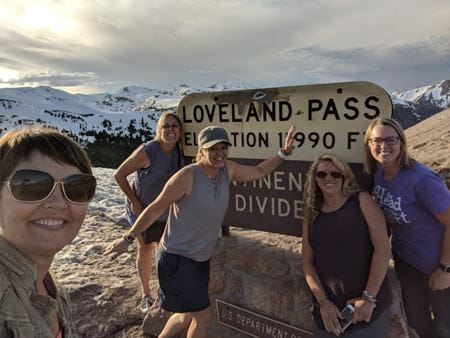 “One of my early professors, a medical geneticist, was constantly reminding us to treasure our exceptions—that’s where you have the greatest potential to learn,” Miller said. “Jenny’s response is definitely the exception. It makes me smile every time I see her.”

“I think at IU School of Medicine, we are very fortunate to have leadership that’s passionate about creating clinically meaningful work—meaning all of our efforts, from the laboratory to translational to clinical research, are focused on making an impact on patients,” said Bryan Schneider, MD, the Vera Bradley Professor of Oncology at IU School of Medicine. “That is woven into the very fabric of how we look at things here. We have an incredible number of world-class investigators who are highly collaborative and really committed to the bigger picture of making the lives of cancer patients better.”
The views expressed in this content represent the perspective and opinions of the author and may or may not represent the position of Indiana University School of Medicine.