I’m an MS4 based at the Indy campus, though I spent MS1/2 at the Muncie campus. I started med school with a strong interest in international missions, pediatrics, education, and whole person care. I’m still interested in all those things, except I re... 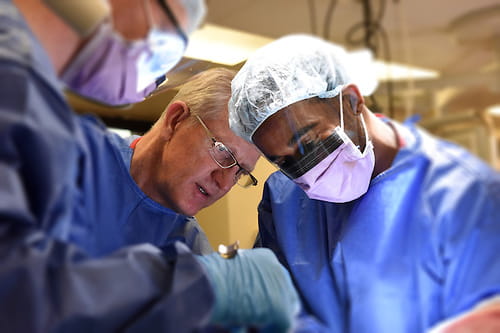 Somehow, almost 3.5 years of med school have flown by and we’ve reached the Promised Land that is Fourth Year (*cue Hallelujah Chorus). MS1 was all about the basic sciences, adapting to wearing a white coat without feeling like you’re at a costume party, and learning to take a thorough history (the most important key […]

I’m currently on my vacation month, so figured it’s a good time to catch up. I just wrote a post on Block 1 (Medicine, Neuro, Psych) and here’s the post on Block 2! Pediatrics: My favorite rotation thus far, hands down. But in all honesty, it didn’t start out that way. The first few days […]

Obviously MS3 has been pretty busy–less exams, but a lot more scheduled time. Each rotation is different, each team is different, each attending has different expectations. I’ve been really blessed to have great teams. I think that truly does make all the difference…it’s the whole “you can hate your job, but if you love the people […]

Obviously I haven’t posted in quite awhile. I’ll do a catch-up post soon, but I wanted to share this quick story before I forget. I’m currently on my Neuro rotation and my attending and I walked in to see one of our patients. Before we could start talking, the patient told my attending he wants […]

Missed the March deadline, so here’s a delayed post! This semester has been crazy busy! Obviously we have all the usual pressure of weekly exams but this semester we’ve also got Step 1 in the back of our minds. Step 1 is like the MCAT of med school. It’s a big exam you take at […]

Med school is hard. It’s not always fun. But thankfully, this week was pretty motivational for me. You should know that this past weekend, I was seriously contemplating dropping out of med school. You should also know that this contemplation happens for almost everyone at some point. Usually at multiple points, actually. Ok, let’s be […]

Just realized I haven’t posted anything this month. I’m such a gunner, you guys. For those of you who aren’t familiar with the term, Urban dictionary defines “gunner” as: A person who is competitive,overly-ambitious and substantially exceeds minimum requirements. A gunner will compromise his/her peer relationships and/or reputation among peers in order to obtain recognition […]

Pathology: Use Pathoma to understand material. Read class notes to get test questions right. Focus on the underlined/bold terms. I don’t go to class, but she does do some review questions at the end of class that tend to appear on the exam. Know the pics from the notes (especially if she uses them in […]

“Why is it in medical school we’re separated from the things that brought us here?” One of my classmates texted me that statement from a doctor’s speech at a conference in Chicago. We’ve discussed that sentiment quite a bit this year. Let’s just say MS2 isn’t really what I expected. In some ways it’s better, […]