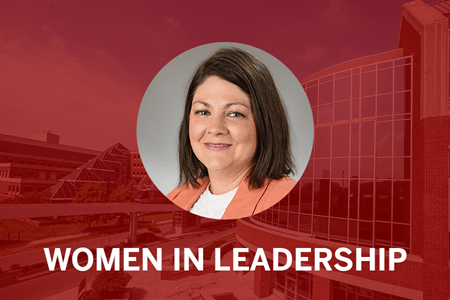 In seventh grade band class, Leslie Hulvershorn would sometimes step in for her teacher to conduct the ensemble of learning musicians. An oboe player, she dreamed of one day conducting an orchestra.

While she still loves music, Hulvershorn, MD, MSc, now conducts a symphony of scientific discovery, clinical care and learning as she leads the Department of Psychiatry at Indiana University School of Medicine. She assumed the role of chair in June 2022 after a year as co-interim chair and is the first woman to hold the position at IU School of Medicine.

Hulvershorn is also engaged with an international research program studying the offspring of people with bipolar disorder and works with Indiana state government leaders on several initiatives related to mental health and addiction. Her notable efforts include development of a psychotropic medication monitoring program for the Department of Child Services.

“Our state and country are in the midst of overlapping crises in behavioral health—including pediatric mental health and addiction. As one of very few child and adolescent psychiatrists in the country who is also board certified in addiction psychiatry, Leslie’s expertise is highly sought after and aligned with some of the biggest public health priorities of the day,” said Zachary Adams, PhD, assistant professor of psychiatry at IU School of Medicine. 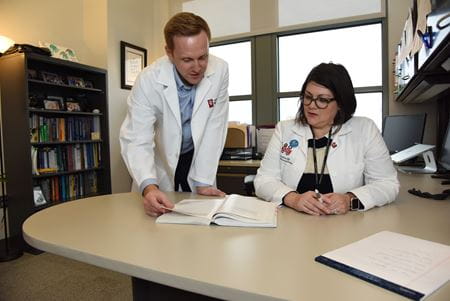 Indiana ranks in the bottom five states for access to child psychiatrists. To help address this crisis-level shortage, Adams worked with Hulvershorn to establish the Indiana Behavioral Health Access Program for Youth (BeHappy), which aims to provide Hoosier families with access to best-practice pediatric behavioral health care through remote provider support. Pediatricians and other primary care providers can consult with a board-certified child and adolescent psychiatrist over the phone, enhancing quality of local care.

“There is a huge demand for psychiatric services that we can’t meet—there’s been a workforce problem for decades, and it’s only worsened since the pandemic,” Hulvershorn noted. “Building psychiatric practices the way we have for the last 100 years is not working. We have to think differently. Collaborative care allows pediatricians and family doctors to continue working with their patients while being supported by psychiatrists.”

She sees the Department of Psychiatry playing an important role in training not only more medical residents throughout the state, but also educating community behavioral health care providers on evidence-based practices for psychotherapies that “actually make people better.”

“There’s such a big gulf between what’s needed and what we have. It’s a very dire situation,” Hulvershorn said.

Leading research on the adolescent brain

Distinguished Professor Emeritus John Nurnberger, MD, PhD pegged Hulvershorn as a rising leader years ago. The two first met when Hulvershorn, a 2005 IU School of Medicine graduate, began her psychiatry residency at IU and started working in Nurnberger’s clinic for patients with bipolar and other mood disorders.

After completing her residency, Hulvershorn did a research-track fellowship in child psychiatry at New York University, where she learned cutting-edge brain imaging techniques. She returned to IU School of Medicine as a faculty member in 2010. 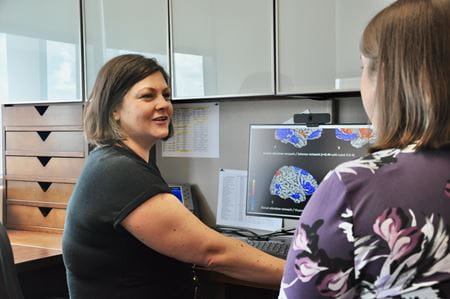 “When Leslie came back, she joined a bipolar research program I had going, and we published a bunch of papers. Then she got independent funding that moved her in a different direction, and she got me working on some of her stuff. It was a project studying the brain processes of young people with a family history of substance abuse, which was a new area for me—it was fun,” recalled Nurnberger, who was then vice chair of research in the psychiatry department. “From the time she came back from New York, we knew she was going to be a future departmental leader in research.”

Hulvershorn has published extensively on child and adolescent mental health and addiction.

A physician-scientist with leadership positions at IU School of Medicine and beyond, Hulvershorn splits her time between the lab, the clinic and the conference room.

“Academic work is so impactful, so interesting and different every day,” she said. “I don’t feel like I’m at work. I’m doing something I enjoy that is good for the field and good for people. What a win.” 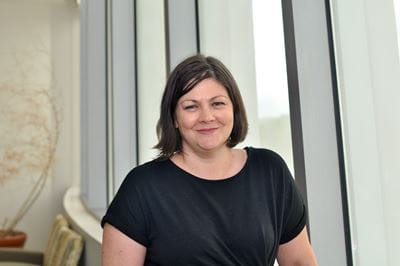 Hulvershorn credits her parents for her interest in human behavior. They were both teachers, so there were many discussions in her home about why students would exhibit odd or disruptive behaviors.

“Nothing is more interesting than humans—they’re so complicated,” Hulvershorn said. “I study the biological origins of why people make unsafe or risky decisions.”

She majored in neuroscience as an undergrad at Indiana University and then earned a Master of Science from the University of Oxford in England. She and her British husband, Matthew Flett, returned to Indiana for her medical training. Aside from her time in New York, Hulvershorn has remained in the Hoosier state to grow her career and raise her family—although she’s traveled widely including to Australia and Southeast Asia.

Like their mother, all three of Hulvershorn’s children—ages 4, 7 and 10—are musically inclined; they each started at the Indianapolis Suzuki Academy at age 4, the older boys on cello and their younger sister on violin. Hulvershorn still plays her oboe as a member of the IU School of Medicine Orchestra.

While women are well-represented in the field of child psychiatry, they’re still lacking in general psychiatry and leadership positions, Hulvershorn said.

“People aren’t overtly hostile, but I think it’s more implicit bias,” she said of her experiences. “It can look like unintentionally discounting the qualifications and the skills that you have and not thinking of you as being as accomplished as you are.”

Throughout her career, Hulvershorn has been intrepid about reaching out to potential mentors and taking on leadership roles as opportunities presented. Working with the Indiana Family and Social Services Administration’s Division of Mental Health and Addiction, Hulvershorn regularly engages in statewide advocacy.

“I’m more aware of the problems than people who don’t have access to the statewide data. So, when there have been funding opportunities, I have applied to start programs like BeHappy,” she said.

Olivia Murray, an MD/PhD student who works in Hulvershorn’s lab, says the best advice her mentor has given is, “Do not be afraid to ask questions, and learn as much as you can from the experts around you.”

She is inspired by Hulvershorn’s passion for producing the highest quality research and clinical care. 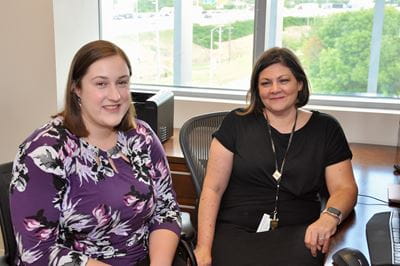 “With her knowledge and communication skills, Dr. Hulvershorn makes research and clinical problem-solving look easy, and when things are not easy, she displays the skill and patience to troubleshoot and logically reason her way through the problem,” Murray said. “I definitely want to be her when I grow up.”

“A lot of our programs are so successful because, from her vantage point in her various roles, she can see the connections and see how things fit together to help us meet bigger picture goals,” he said. “She’s an outstanding clinician-scientist and accomplished researcher who is well connected nationally and sets an example of the high-quality work we want to see on our teams.” 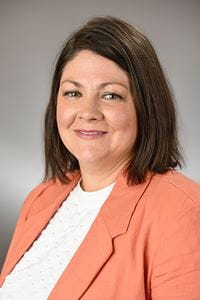