IU School of Medicine-Terre Haute: Training the next generation of rural physicians 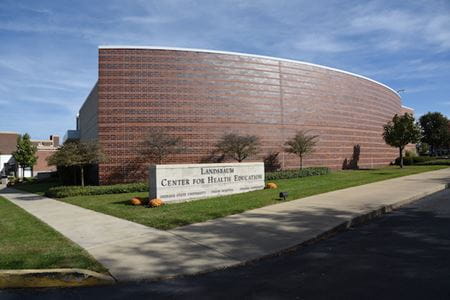 When Taihung “Peter” Duong, PhD, came to Indiana University School of Medicine to teach anatomy in 1991, the internet was just emerging and not widely understood or used, even in academia. Classroom instruction was done on chalkboards rather than PowerPoint. And there weren’t any state-of-the-art simulation centers where medical students could practice new skills.

Duong, now the associate dean and director of IU School of Medicine-Terre Haute, has seen his career grow alongside the medical school. Today his students get hands-on training at the Rural Health Innovation Collaborative Simulation Center as they practice new skills and learn emerging procedures.

Not only has technology come a long way, so has the medical education program in Terre Haute, where two-thirds of the students are on the rural health track—unique to this campus. 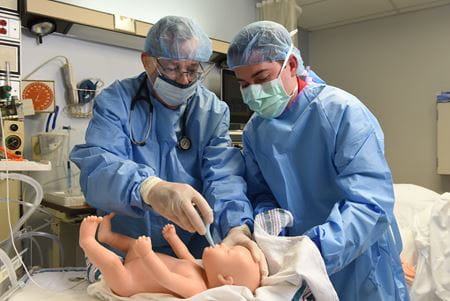 “The students who do best are often those with a real curiosity or passion to learn more about a topic, who have found themselves wondering about the ‘why’ and ‘how’ of a condition, location or population. If a student has something they are enthusiastic about, we can figure out a way to make a rural-focused research project around it,” Ireland said.

The roots for this educational innovation date back to 1971 when Alvin S. Levine, PhD, transferred from Indianapolis to lead the new medical center located on the campus of Indiana State University. The first eight medical students in Terre Haute arrived to an unusual situation—an inverted teacher-to-student ratio with faculty outnumbering learners three-to-one.

“Dr. Levine created the original partnerships with hospitals and the structure for the faculty in Terre Haute,” Duong said. “He did a tremendous job during his time to cement the program.”

Succeeding Levine was Roy Geib, PhD, a dynamic leader who spearheaded expansion of the medical center’s facilities and introduced a then-novel concept known as “wellness.” 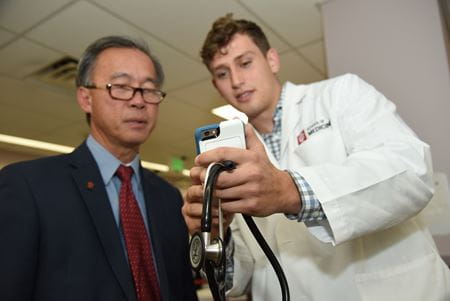 “Back in the ’90s when he was talking about wellness in medical school, people would look at you funny. Now our school emphasizes it,” Duong said. “Dr. Geib was a pioneer in that field and wanted to make sure our students were equipped to deal with the challenges of being a physician.”

Duong continues to promote wellness for faculty, staff and learners on the Terre Haute campus. He encourages students to use the resources at Indiana State including a fitness facility and a resort-style pool with a lazy river. Students can also visit the art museum or reserve rooms in the Music Department outfitted with instruments like the piano, guitar and drums.

“Dr. Duong is an excellent leader who is down-to-earth. His door is always open to students,” said third-year medical student Sarah Hopfer. “If you have questions about school or your career, or even your life, you can go talk to him.”

Answering the call for rural physicians

Duong became the campus leader in 2008, the same year Terre Haute launched the Rural Medical Education Program. It was also the first year that third-year medical students could stay on the regional campus to start their clinical education rather than transferring to Indianapolis.

“My role was to set up the training program for the next two years of medical school, which meant developing more hospital partnerships in Terre Haute and at Critical Access Hospitals in rural areas statewide,” Duong said. 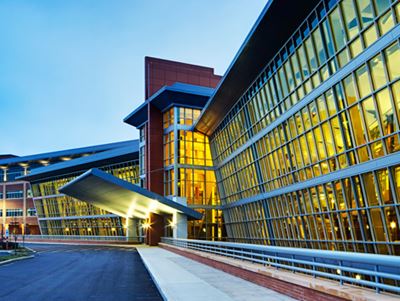 Developing a rural medicine program was the vision of Stephen Leapman, MD, a renowned transplant physician and IU School of Medicine’s first executive associate dean for educational affairs. Geib helped implement that vision by developing a pipeline program in partnership with Indiana State to recruit high school students from rural areas throughout the state to do a pre-med undergrad program with potential to matriculate to IU School of Medicine-Terre Haute (B/MD).

“We talked for several years about the strong need to replenish the ranks of physicians in rural areas,” Duong recalled. “It was a national crisis for rural medicine—we didn’t have enough graduates returning to rural areas and small towns to practice medicine.”

“These are rural hospitals with a limited number of beds that are usually managed by rural family physicians and serve as a first line of defense in those areas,” Duong explained, adding, “During COVID, some of those Critical Access Hospitals were overwhelmed overnight.”

Although Duong grew up in a rural, mountainous area of Vietnam, he moved to Los Angeles, where he earned his bachelor’s at Whittier College and PhD at UCLA—quite removed from anything rural. It wasn’t until he came to Terre Haute that he began to understand the health care issues unique to rural communities. As a researcher in Alzheimer’s disease, Duong joined a support group for patients and caregivers to learn more about their challenges. Much of the faculty research in Terre Haute now focuses on issues of rural health—things like toxoplasmosis from exposure to poultry droppings and fungal infections from exposure to hay and compost.

“Rural residents, when compared to their urban counterparts, have an increase in mortality rates, premature morbidity and mortality from diseases such as diabetes, and they are more likely to engage in unhealthy behaviors such as alcohol or drug use,” added Scott Canfield, PhD, assistant professor of anatomy, cell biology and physiology. His lab studies how varying pathological conditions and environmental toxins can negatively affect the blood-brain barrier in an attempt to unveil novel therapeutic strategies.

Each year, IU School of Medicine-Terre Haute gets about 67 applications for its rural health track but only has 16 seats to offer. Duong is constantly working to expand that number by looking for more partnering clinics and rural physicians who are willing to teach.

Although many rural doctors run busy solo practices serving a large geographic area, Duong has found the response to his overtures overwhelmingly positive. “The physicians said, ‘We need the next generation to take over for us,’” Duong recalled.

Angela Hatfield, MD, a family physician in Clinton, Indiana (population 4,641) is a homegrown mentor for Terre Haute students. She started her education in the B/MD program at Indiana State and matriculated into IU School of Medicine-Terre Haute in 2011.

“I never did a rotation outside of the Wabash Valley,” said Hatfield, who, like most rural folks, had animals at home to care for, making it difficult to travel.

She completed all four years of her medical education on the Terre Haute campus, graduating in 2015, and then stayed local for her residency training at Terre Haute’s Union Hospital.

“The fact that I’ve done all my training in the Terre Haute area helps because I know just about everybody,” said Hatfield, who now serves as the family medicine clerkship director for IU School of Medicine-Terre Haute. “I usually have a student with me at all times.” As a rural family physician, Hatfield does just about everything from delivering babies to performing vasectomies to caring for the elderly in nursing homes. Working with physicians like Hatfield gives medical students a true picture of what it means to practice rural medicine, Duong said.

His vision for the campus includes expanding research in rural public health to address issues like smoking, alcohol and drug dependency, and trauma related to farm accidents.

“We can try to help rural patients one at a time, but we also need to help on a societal level,” Duong said.

Hear what IU School of Medicine-Terre Haute students have to say about their experiences on this thriving regional campus. 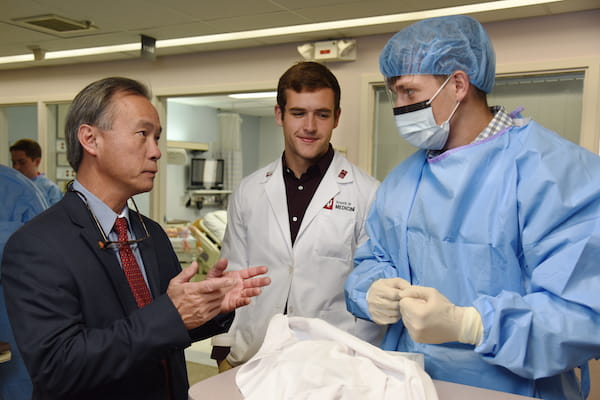 The first eight medical students started at IU School of Medicine-Terre Haute in 1971. The idea was to train new physicians on regional campuses throughout the state and keep them there to practice. And it’s working.