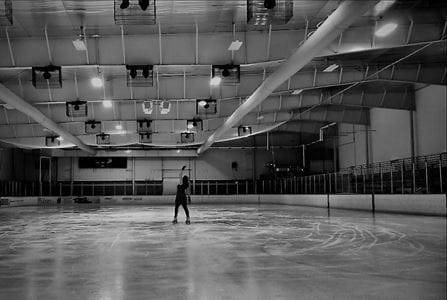 In the final weeks of my doctoral studies, I placed a copy of my almost-complete thesis on a table outside a coffee shop in Broad Ripple to make a few last-minute edits. Moments later, I could do nothing but watch as an uncharacteristically-strong and unexpected blast of wind propelled the unbound pages skyward from the flimsy cardboard file intended to contain them. Had they flown in slower motion, surprised passersby and I, grabbing with futility in the papers’ general direction, may have been able to re-capture more than handful, but the majority were gone in seconds. Despite my environmentally-conscious lifestyle, observing pages of thesis disappearing over the trees into the void (well, other people’s backyards — apologies, Broad Ripple residents) gave me a childlike sense of gratification — a visualization of what would have occurred had I, as I had wanted to ​many times​, thrown my thesis out of the window. Mischief without culpability. I was satisfied.

But this blog post is not about flying theses. It is about what made me want to defenestrate 5 years of my life in the first place, and, most importantly, how I have worked toward reducing the chances of wanting to again. This, unfortunately, was ​not ​as simple as choosing a postdoctoral position in a lab with no windows.

As postdocs, work-life balance is a thing all of us have heard of, most of us want, and few of us have. There is significant pressure to dedicate all of our waking hours — which I just mistyped as “working hours”, as if to prove my point — to working. Undoubtedly, some of this pressure comes from external sources; however, much of it comes from our own perceptions of what we should be doing. “Should”, as it happens, is a word I would like to ban. While I do not remember the exact point my life became all-consumed by science, I do remember the first time I put down a novel, thinking “I shouldn’t be reading this!” as I observed a recently-printed stack of research articles with rather less enthusiasm than I had when I picked up my book. That novel — Kazuo Ishiguro’s ​Never Let Me Go —​ ​was the first novel I had ever started and not finished. By the time I thought to return to it, a movie had been made, and I watched that instead in the interests of saving time.

The more I worked, the more I lied to myself that work was all I needed, and that I could twist my non-scientific passions into work-related pursuits without losing anything in the process. Reading papers, designing experiments, writing a thesis, papers, grants… that was all an adequate substitute for the non-academic reading and creative writing I had pushed to the side. ​Wasn’t it?

The problem with losing oneself in work is that that self does not, in fact, get lost. Instead, it gets boxed up in a corner of your mind and ignored, where it mulls and festers and begins to throw tantrums like a five-year-old child as it desperately tries to claw back some attention from you. As anyone whose strive for work-life balance involves family will be aware of, ignoring a five-year-old child for a prolonged period of time is not advisable, nor is it realistically possible. Eventually, the screaming will become too loud. It might even start to throw things. Or bite. In the end, the time and effort required to restore calm will have increased exponentially in comparison with what it would have taken to maintain it in the first place. ​That ​is when you will want to throw your work out of the window. In buildings like ours, where the windows do not actually open, this could rapidly become both dangerous and expensive.

“You need balance!” people told me when I shared my frustrations. This, I knew. What I did not know was how to get it. “Find something you enjoy!” I heard, as my brain sneered an all too confident ​“Ha! You don’t enjoy anything!” ​back at me. It, as the subconscious mind has a tendency to be, was wrong. There were plenty of things I enjoyed. The problem was that I had stopped doing them. It is much easier to maintain habits than it is to pick them up, especially if that is a habit of ​not ​doing something. It is amazing how much time one can waste in the process of not doing enough things. Now that I have established a routine of complementing my working life with non-scientific interests, I have more time than I ever had when I focused solely on work.

Unfortunately, this is not because I developed a time-turner in between experiments, though that remains on my list of long-term goals (which is a topic for another post). Instead, fitting exercise, writing, and social activities into my calendar alongside work maximizes my use of available time. Knowing that I only have a certain amount of time in which tasks must be completed before I can go and have my carefully-scheduled fun forces me to procrastinate less. As a result, I complete ​more ​work in my allocated work time than I would have had I not had anything else in my calendar and stayed for an extra three hours. It is a myth that more hours worked is equal to greater productivity.

Of course, I am making this sound a lot easier than it is. Feel free to ask me how many times I have failed to take my own advice… and I will have no answer, because I have lost count. If it was easy, we would all be doing it already, and we would be doing it consistently. Experience indicates that this is not the case. It is very easy to lose track of balance, even after it has been achieved, in all aspects of life. The underlying principle of the ancient practice of Ayurveda is balance, and that without it, our physical and mental health will suffer. This translates well into our busy modern lives, where all too often we make sacrifices in one area without realizing how that, in itself, impacts negatively on our experience of, or performance in, the activity we are making that sacrifice for in the first place. It is important to be mindful of where your time is going, check in with yourself regularly to ensure that you are not ignoring one important aspect of your life in favor of another, and to allow your passion, creativity, and spirit the space they need to grow, both inside and outside of your career obligations. If you need to write a great introduction for your latest grant, but you also want to go for a walk, it is never a bad idea to go and take that walk. Chances are, your grant will be better for it. Many of my best scientific ideas appear, as if by magic, as I spend time in nature — especially when I am not actively thinking about my projects.

These are by no means comprehensive, but here are a few tips for cultivating work-life balance that you can start with today:

If all of this sounds like something you already know, congratulations — you are one of the lucky ones. I wrote this because although many people had advised me to, essentially, get a life, translating that into action was much more difficult than it could have been had I known what I know now. As a final piece of advice, I would like to offer this: no matter how much you may feel like everyone around you knows what they’re doing and you’re the only one who is winging it… they don’t, and you’re not.

L is a postdoctoral researcher, writer, and extremely amateur figure skater with an overactive imagination and inimitable talent for breaking things.