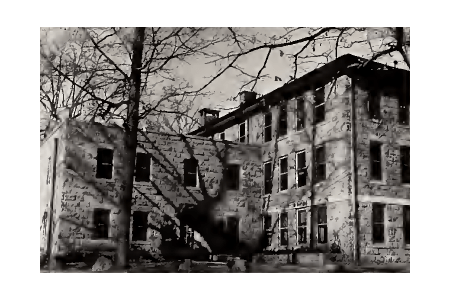 The Children’s Wing of the Emerald-Hodgson Hospital, completed in 1950 through contributions raised by Dr. Torian. Photo courtesy of University Archives and Special Collections: The University of the South.

Today’s students, faculty, and alumni of Indiana University School of Medicine offer many extraordinary examples of compassionate medical care and service to underserved populations in the United States and around the world. But look back to IU School of Medicine’s earliest days to Oscar Noel Torian, MD, one of the first IU School of Medicine physicians to specialize in pediatrics and who practiced for 62 years. His example still inspires me and hopefully, all of us, to use our time and expertise well as physicians during our medical careers and retirement to continue to care for people who desperately need medical care.

Dr. Torian was born in Evansville, Indiana, graduated from the University of the South in Sewanee, Tennessee, in 1896 and earned his medical degree from the University of Pennsylvania medical school in 1900. Dr. Torian served on the faculty of IU School of Medicine from its very beginning in 1908 as an assistant professor of pediatrics until when he “retired” as a professor of pediatrics emeritus in 1941. Records of the James Whitcomb Riley Memorial Association show that Dr. Torian was one of a half dozen medical professionals that the Joint Executive Committee, made up of representatives from the Association and Indiana University, consulted for advice on what the design of the James Whitcomb Riley Hospital for Children should look like. Dr. Torian not only was a member of the original Pediatrics Department for IU School of Medicine in 1908; he also was a member of the original medical team for the James Whitcomb Riley Hospital for Children when the hospital opened in 1924. His contributions and leadership were recognized with an honorary doctor of law from Indiana University in 1951.

Dr. Torian and his wife, Sarah Hogsdon Torian, left Indiana in 1941 upon his retirement and returned to a place they both loved, Sewanee, Tennessee. The pressing needs for medical care by children in Sewanee’s rural Franklin County drove his caring heart immediately back to work as a pediatrician for the next 30 years.
From 1941 until his death in 1971 when he was 95 years old, Dr. Torian, recognized as the “Albert Schweitzer of the Sewanee,” provided free medical treatment – as well as bandages, medicine, and prescriptions – to families too poor to pay for medical care. Dr. Torian treated hundreds of babies in the Emerald-Hodgson Hospital (the only fully-equipped children’s hospital between Nashville and Chattanooga). When people who could afford it began to pay him, those fees were later put into “The Children’s Fund,” a large-scale fund raising project to build Dr. Torian’s dream – a 12 bed children’s wing for the Emerald-Hodgson Hospital. The fund raising project launched into full swing with its first donation of $18,000 from Josiah Kirby Lilly, Jr. of the Eli Lilly Company in Indianapolis. Dr. Torian had taken care of the Lilly family’s children in Indianapolis and had become a family friend. By September 1950, Dr. Torian’s dream was realized and the first Children’s Wing was built and opened.

Once the Children’s Wing was built, Dr. Torian didn’t stop there. He continued to practice as a pediatrician and devoted his efforts to raising a $300,000 endowment to secure the permanence of his work to create a model 12-bed children’s wing in Emerald-Hodgson Hospital. When he died in 1971 at age 95, the $300,000 endowment had doubled in size. Dr. Torian represents what IU School of Medicine’s Gold Humanism Honor Society stands for — no matter where you are at in your career or retirement as a physician, you do all that you can to assure that people everywhere have access to and receive the medical care they need.

PHOTO: The Children’s Wing of the Emerald-Hodgson Hospital, completed in 1950 through contributions raised by Dr. Torian. Photo courtesy of University Archives and Special Collections: The University of the South.