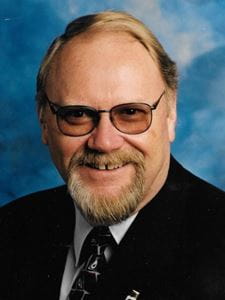 William W. Baldwin, PhD, passed away on Tuesday, August 25, at age 80. Dr. Baldwin was a professor of microbiology and immunology and served as assistant dean and director of Indiana University School of Medicine-Northwest/Gary from 1998 to 2005.

A microbiologist, Baldwin earned his undergraduate degree from Indiana Central College and his master’s degree and PhD from Indiana University. He began his career as a teacher at George Washington High School in Indianapolis before becoming a professor at IU School of Medicine and, subsequently, the medical school’s executive director of the Northwest Center for Medical Education.

He retired after a distinguished 42-year career as an educator and published several notable research papers as a bacterial physiologist. Baldwin received the prestigious Sagamore of the Wabash Award in 2005—at the time, the highest honor presented by the Indiana governor for distinguished service to the state. He was very involved in his community as a member of Rotary International, serving as Rotary District 6540 governor from 2004-2005. He also was a member of the United States Power Squadron, a non-profit educational organization which promotes maritime safety and enjoyability.

Baldwin’s major accomplishment as director of IU School of Medicine-Northwest was working with state government and university leaders to obtain funding for and plan the construction of a state-of-the-art teaching and research facility at Indiana University Northwest. Opened in 2004, the Dunes Medical/Professional Building is home to the only medical school in the northwest Indiana region, along with other medical and professional programs. 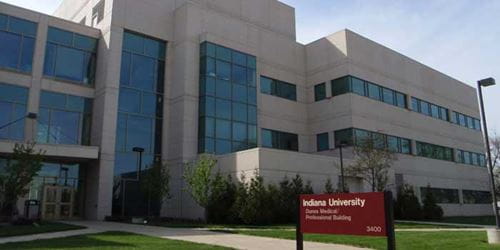 “This was extremely important because prior to that, IU School of Medicine-Northwest was housed for almost 30 years in a temporary, trailer-like building with leaky roof, crumbling walls, and occasionally, racoons falling down from the ceiling,” recalled Roman Dziarski, PhD, professor of microbiology and immunology and Baldwin’s longtime colleague on the Northwest campus.

Baldwin was known for his light-hearted demeanor, big smile and hearty laugh.

“Personally, I remember Bill as a very warm, honest and straightforward person, who, as the IU School of Medicine-Northwest director, always worked for the benefit of the students and the faculty, whom he put first ahead of personal gains,” Dziarski said. “His leadership style was very straightforward: he always kept his word and always said what he meant and meant what he said, which I highly valued.”

When Elizabeth Ryan, EdD, became the fourth director of the Northwest-Gary campus in 2018, Baldwin was one of the first people to call and welcome her. He was extremely kind and well respected in the Gary-Miller Beach community, where he led and contributed to many charitable efforts through the local Rotary club, Ryan noted.

“One comment that I heard often was, ‘his smile was as big as his personality,’” she said.

Baldwin was an avid fisherman and enjoyed traveling and playing golf with his wife, Sharon. They have one daughter, Kimberly C. Covell-Campbell of Osawatomie, Kansas, and several other family members who survive.