The Barry P. Katz Lectureship in Biostatistics and Health Data Science was established to honor and recognize the many contributions of Barry P. Katz, Professor Emeritus of the Department of Biostatistics and Health Data Science at the Indiana University School of Medicine and the Richard M. Fairbanks School of Public Health. The lecture is made possible in large part by the generous support of Barry, his wife May, and his colleagues and friends. 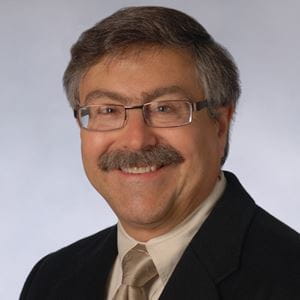 Barry P. Katz grew up in the Bronx and Albany, New York. He completed his undergraduate studies at the State University of New York at Binghamton, where he received a Bachelor of Arts degree in Mathematics in 1977. He enrolled the graduate program at the University of Michigan and received his MPH in biostatistics in 1979 and worked for two years as the sole biostatistician at an environmental engineering firm in Pearl River, NY. This was actually his second choice for employment after his application to be the statistician for the New York Yankees was unsuccessful. He was clearly ahead of his time as now almost all professional sports teams have an analytics department. Dr. Katz returned to Michigan in 1981 and completed his PhD in biostatistics in 1984. His enthusiasm for sports has never wavered, and his geographic journey has led him to ardently follow the Yankees, University of Michigan football and basketball, the Indiana Pacers, and the Indianapolis Colts.

Biostatistics is by nature a collaborative field, and Dr. Katz’s career has touched nearly every aspect of medicine and public health. He was the director of the Biostatistics Core for several research centers focused on sexually transmitted infections, most recently both the Midwest STD Research Center and the Mid-America Adolescent STD Research Center, projects with NIH funding that involve researchers from multiple universities. The latter was the only center focused on adolescents ever funded. He also headed the Biostatistics Cores for several iterations of the IU Multipurpose Arthritis Center (MAC) Working closely with the IU School of Dentistry, he has been part of several studies on the development of dental caries, more commonly known as cavities. For 10 years Dr. Katz also directed the Biostatistics Core for the Medical Countermeasures against Radiological Threats (MCART) focused on developing drugs to treat radiation exposure with investigators at multiple universities and the United Kingdom. On a national level, Dr. Katz has made numerous contributions to the CARE Consortium, a massive concussion study stretching across 30 universities with funding from the NCAA and the US Department of Defense. He has over 275 publications. For his contributions to the field, Dr. Katz was in 2016 named a Fellow of the American Statistical Association (ASA), the nation’s preeminent professional statistical society.

Barry’s contributions to research, collaboration, and education at Indiana University and beyond over the years have been tremendous and impactful. He is a friend to all and a mentor to many. Barry and his wife May, family members, many colleagues past and present, and former students continue to support his desire to facilitate the conduct of consequential research in the Department of Biostatistics and Health Data Science. Through their generosity, an endowment was established which brings talented and internationally recognized experts in biostatistics and health data science to Indianapolis, the Indiana University School of Medicine, and the Richard M. Fairbanks School of Public Health. Contribute to the endowment fund for the Barry P. Katz Lectureship.

Contribute to the endowment fund for the Barry P. Katz Lectureship.

The inaugural Barry P. Katz Lectureship in Biostatistics and Health Data Science has been awarded to Dr. Leslie McClure. Dr. McClure is Professor and Chair of the Epidemiology and Biostatistics Department in the Drexel University Dornsife School of Public Health and also the Associate Dean for Faculty Affairs. She is a fellow of the American Statistician Association, American Heart Association, Society of Clinical Trials, and the Hedwig van Ameringen Executive Leadership in Academic Medicine program. She is also the president-elect for the East North American Region of International Biometrics Society. The presentation and reception will be held on October 13, 2022, from 4 pm to 6 pm.

Please contact Thomas Inskeep with specific questions about the 2022 Lecture and Dr. Susan Perkins for information about the lectureship in general.