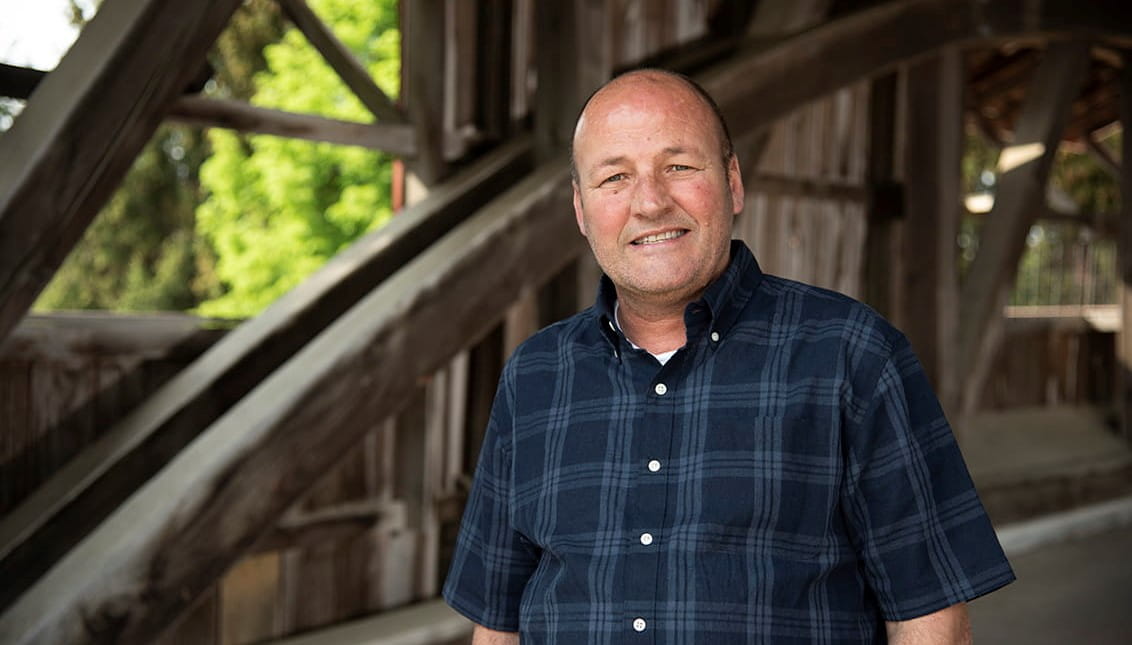 Victor Rigdon can fix just about anything.

A carpenter at the Indiana State Fairgrounds, Victor repairs building, restores benches and flower boxes—anything. But three years ago, Victor found something he couldn’t repair.

He visited a walk-in medical clinic, then his doctor. That’s when Victor saw a scan of his lungs—the left brimming with fluid. Then came an ominous series of events—a referral to a pulmonologist, a catheter in his chest, a biopsy.

To learn more about lung cancer research at IU School of Medicine, contact Amber Kleopfer Senseny at akleopfe@iu.edu or 317-278-4510.

In August 2016, Greg Durm, MD, an oncologist at IU Simon Comprehensive Cancer Center, solved the riddle: Victor had non-small cell lung cancer. At stage 4, the disease had gained a foothold in Victor’s lung and spine. The most optimistic outlook gave him a year to live.

“There had been no warning,” Victor said. “Now, it’s like, it’s spread. It’s terminal.”

Victor embarked on a well-worn path for lung cancer patients—four rounds of chemotherapy over three months. Initially, his scans improved, but the traditional approach only fought his disease to a draw.

Durm suggested another option—a recently approved immunotherapy drug. It blocks a protein on the surface of cancer cells, helping immune cells to attack. Victor was an ideal patient. At 49, he was relatively young. He’d handled chemo well.

The results were nearly instant. After just a few treatments, the cancer was significantly reduced in size. Today, the drugs used to treat Victor are considered frontline therapies, and Durm is studying how they can be used in combination with chemotherapy.

It’s also the kind of work you make possible. Philanthropy supports Durm’s research, which can offer Hoosiers like Victor access to the latest treatments. Meanwhile, the results can change the standard of care for patients everywhere.

“In a perfect world, the only limitations would be science and our minds,” Victor said. “But it’s not where we live. Patients like me—and people in the future—are absolutely dependent on generous people.”