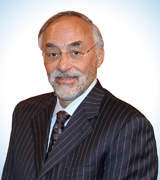 He writes a weekly health column for the Saturday Evening Post, a short story called "Stolen Hearts", and a travel story "Into Africa." He has published thriller novels called "The Black Widows," "Ripples in Opperman's Pond," and "Not Just a Game." He has published a memoir "Damn the Naysayers." Joan, his wife of 58 years, is the managing editor of Trends in Cardiovascular Medicine of which he is editor. He also edits Practice Update Cardiology. He has three children (Debra, Jeffrey and David) and five grandchildren (Hannah, Lily, Ellie, Tyler, and Annie) all living in Indianapolis.

To schedule an appointment with a faculty member physician of IU School of Medicine, contact Indiana University Health at 888-484-3258 or use the physician finder by clicking the button below.