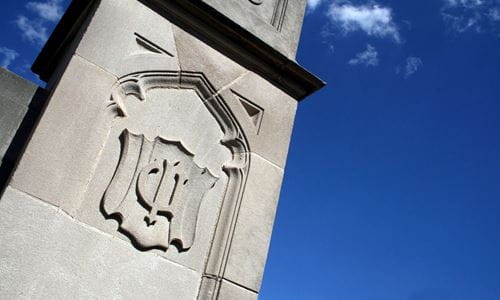 BLOOMINGTON, Ind. — For the second straight year, the American Association for the Advancement of Science has awarded the distinction of fellow to a record number of Indiana University faculty members.

The new fellows, a dozen in total and two more than the previous record set last year, include 10 faculty members from the IU Bloomington College of Arts and Sciences and two from the IU School of Medicine in Indianapolis.

Founded in 1848, AAAS is the world’s largest general scientific society and publisher of the journal Science. It includes 261 affiliated societies and academies of science that serve 10 million individuals, while Science has the largest paid circulation of any peer-reviewed general science journal in the world, with an estimated total readership of 1 million.

“Indiana University continues to make major contributions to science through the efforts of faculty such as these distinguished AAAS Fellows,” IU President Michael A. McRobbie said. “They not only represent IU’s largest-ever class of AAAS Fellows — recognized by their peers as among the top scholars in their respective fields and for their sustained academic excellence — they also reflect a longstanding tradition at IU of our faculty working to improve our society by pushing the frontiers of scientific advancement.”

The announcement brings the total number of AAAS Fellows affiliated with IU to 81. Election as an AAAS Fellow is an honor bestowed upon AAAS members by their peers.

This year, 702 members have been awarded this honor by AAAS because of their scientifically or socially distinguished efforts to advance science or its applications. New fellows will be presented with an official certificate and a gold and blue (representing science and engineering, respectively) rosette pin on Feb. 16 at the AAAS Fellows Forum during the 2013 AAAS Annual Meeting in Boston.

“There are few honors in the world of science as prestigious as being named a fellow with the American Association for the Advancement of Science,” said Dr. D. Craig Brater, dean of the IU School of Medicine and vice president for university clinical affairs at IU. “The two IU School of Medicine faculty elected this year are not just influential in their respective fields but are esteemed by their colleagues at IU. I am honored to call Hal Broxmeyer and David Roodman colleagues and know that the medical school and our students have benefited from the contributions to our school and our world made by these outstanding scientists.”

The fellows from Indiana University, along with the AAAS citation of merit, are:

Professor, Department of Biology, “For distinguished contributions to the field of ecology, particularly ground-breaking research on mycorrhizal symbioses and plant-microbial interactions, and the maintenance of species diversity.”

Clyde Culbertson Professor, Department of Biology, “For contributions to the understanding of bacterial cells, particularly their internal organization and their mechanisms of division, differentiation and surface adhesion.”

Professor, Department of Biology, “For distinguished contributions to integrative biology, in particular the roles of seasonality, aggression and eco-immunology, and for leadership in animal behavior.”

Professor, Department of Biology, “For outstanding research contributions in microbiology, specifically for the study of mechanisms of bacterial interactions, and the articulation of this area in publications and presentations.”

Professor and chair, Department of Chemistry, “For multidisciplinary contributions to the understanding of the determinants of metal homeostasis in bacterial pathogens.”

Professor, Department of Biology, “For distinguished contributions to the field of neuroscience, particularly groundbreaking research on the neuroendocrine basis of affiliative behavior.”

Professor, Department of Psychological and Brain Sciences, and director, The Kinsey Institute, “For distinguished contributions to research on human sexuality and for inspired leadership in the field of sex research.”

Rudy Professor, Department of Statistics, “For important applications of statistics to cancer research, forensic science, microarrays, high-energy physics and other areas for extensive editorial service, and for extraordinary service on scientific panels.”

Herman T. Briscoe Professor, Department of Chemistry, “For distinguished contributions to teaching at the undergraduate and graduate levels and to research dealing with the electroreduction of halogenated organic compounds.”

War Years Chancellor’s Professor, Department of Psychological and Brain Sciences, “For distinguished contributions to social psychology, especially the role of emotions in prejudice and intergroup behavior and the social group as context for human cognition.”