Harnessing the immune system offers a path to fighting triple negative breast cancer. Yet it also requires the researcher to balance wiping out disease without causing it to attack the body. 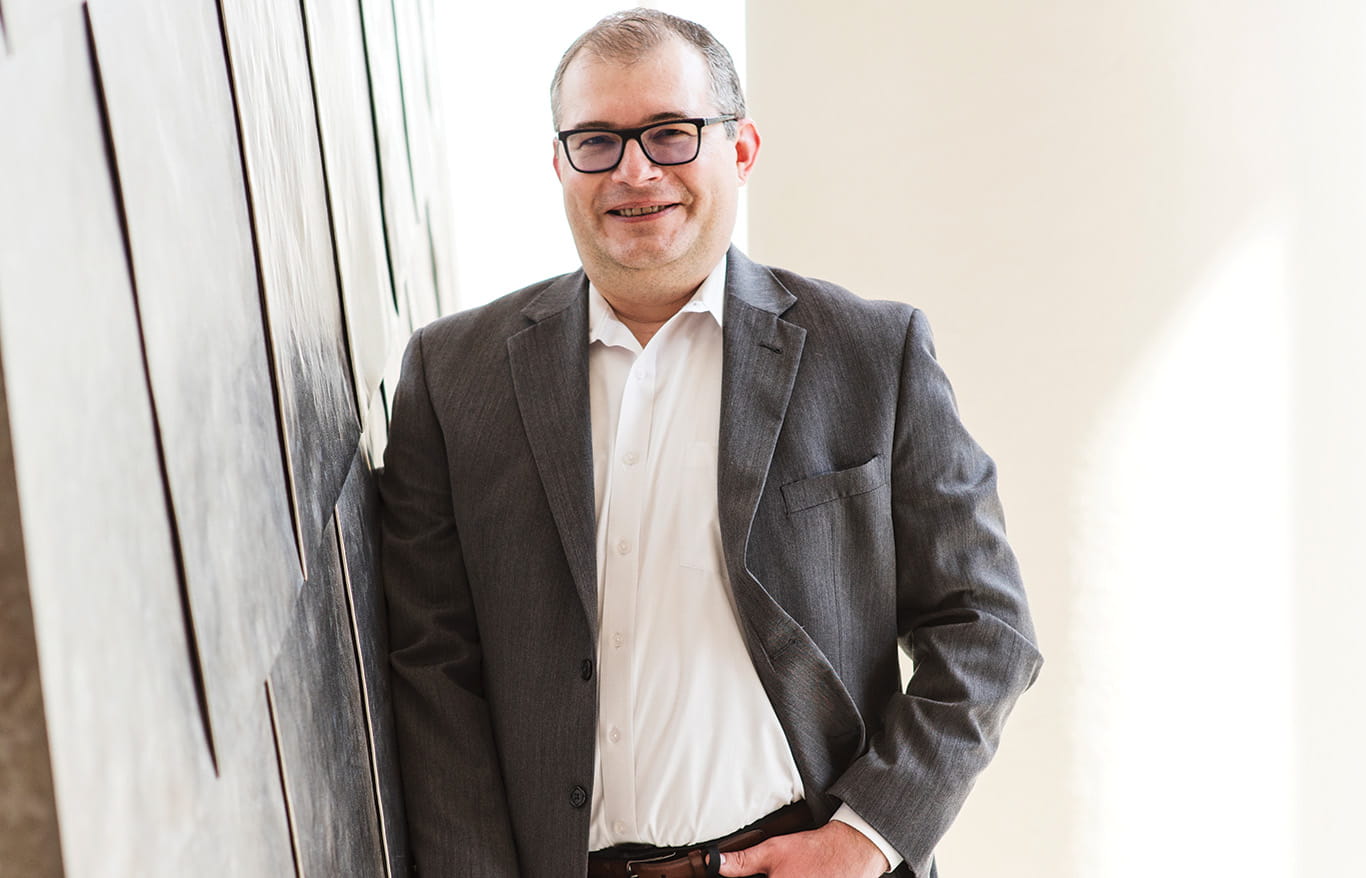 For decades, these have been the tools oncologists have deployed in treating patients with cancer. While they’ve boosted survival rates and extended lives of patients with many cancers, triple negative breast cancer has proven stubbornly difficult to treat.

In a new push against this aggressive form of the disease, Indiana University School of Medicine and researchers at IU’s Vera Bradley Foundation Center for Breast Cancer Research plan to develop another tool in the fight—immunotherapy.

With a new $12.5 million gift from the Vera Bradley Foundation for Breast Cancer, the Center is developing therapies to tweak the immune system, enabling it to target and destroy cancer cells while avoiding cancer’s tendency to inactivate immune cells.

Leading the effort is Mateusz Opyrchal, MD, PhD, a researcher in the field whose work has focused on developing new therapies for breast cancer and enhancing the immune response to triple negative breast cancer. His recruitment, from Washington University in St. Louis, was made possible by funding from the Vera Bradley Foundation.

And, along with his understanding of immunotherapy, Lee sought out Opyrchal for IU because of his expertise in designing and carrying out early-stage clinical trials for all cancers. As Lee sees it, IU has been strong at generating discoveries, but it has needed more coordination between basic scientists and physicians. “It was a critical piece to be able to get our science into our patients,” he said.

Opyrchal, who is the first Vera Bradley Foundation Scholar in Breast Cancer Discovery, was drawn to IU because of Lee, and is impressed with IU’s strengths in breast cancer research. “For any research program, you need a solid nucleus of people who are interested, excited and doing great work. I think IU has had it for a while,” he said. “Hopefully, I’m the linchpin that moves some of these great projects closer to the clinic.”

Historically, IU’s cancer research has been utilizing industry drugs to target genetic mutations that cause cancer. That work has produced advances, but Lee said IU must also move more aggressively into new immunotherapy approaches. The latest Vera Bradley gift allows for the discovery of both immunotherapy targets and the new drugs necessary for treatment.

When it comes to fighting disease, the human immune system is a naturally powerful force. And it is always on the job. Even against cancer, it can stamp out malignant cells before they can grow into a problem. And when cancer does manage to become a threat, the immune system can join chemotherapy or radiation in the fight.

But the immune system also has brakes on it that dial back the attack. It enables a mother to carry a growing fetus inside her. It fights potential infections at a wound site but doesn’t attack the healthy skin nearby. The brakes are needed, Lee said, because “If you let it go crazy, it will turn you into a puddle of goo.”

And that’s the trick: So far, scientists haven’t found a perfect way to do this. But doing so is critical. “The only way I see right now that we are going to cure metastatic breast cancer is through this pathway,” Opyrchal said. “That’s why I’m focusing on it so much.”

Immunotherapy has a mixed history with breast cancer.

One of the first immunotherapies was deployed against HER-2 breast cancer, managing to stimulate the immune response. Despite curing more patients with early disease, it was unable to cure metastatic breast cancer. There are lessons to be learned there, Opyrchal said. But immunotherapy has been less successful versus other breast cancers, including triple negative.

Still, both Opyrchal and Lee see reasons for new hope.

Traditional measures of a cancer therapy’s success gauge whether it kills a cancer or shrinks the tumor. A study of an immunotherapy treatment for prostate cancer showed failure on both counts. But when scientists looked at another metric—how long patients lived after treatment—the signals were encouraging. Immunotherapy slowed the growth of the tumors and patients lived longer. “Everybody realized that, in our immunotherapy trials, we were looking at the wrong thing,” Lee said.

And that’s where Opyrchal sees potential in the fight against metastatic breast cancer.

“Where I see a win is when women with metastatic triple negative disease live as long as they would have if they’d never had the disease,” he said. “Whether we call it a cure—meaning all cancer cells are gone—or whether we call it stable disease ultimately, from my perspective, doesn’t matter.

“I think that’s the goal. I can see the light at the end of the tunnel. I’ve been saying that for quite some time, but I believe that, in my lifetime, we’ll be able to see a good portion of these women live long, productive lives.”