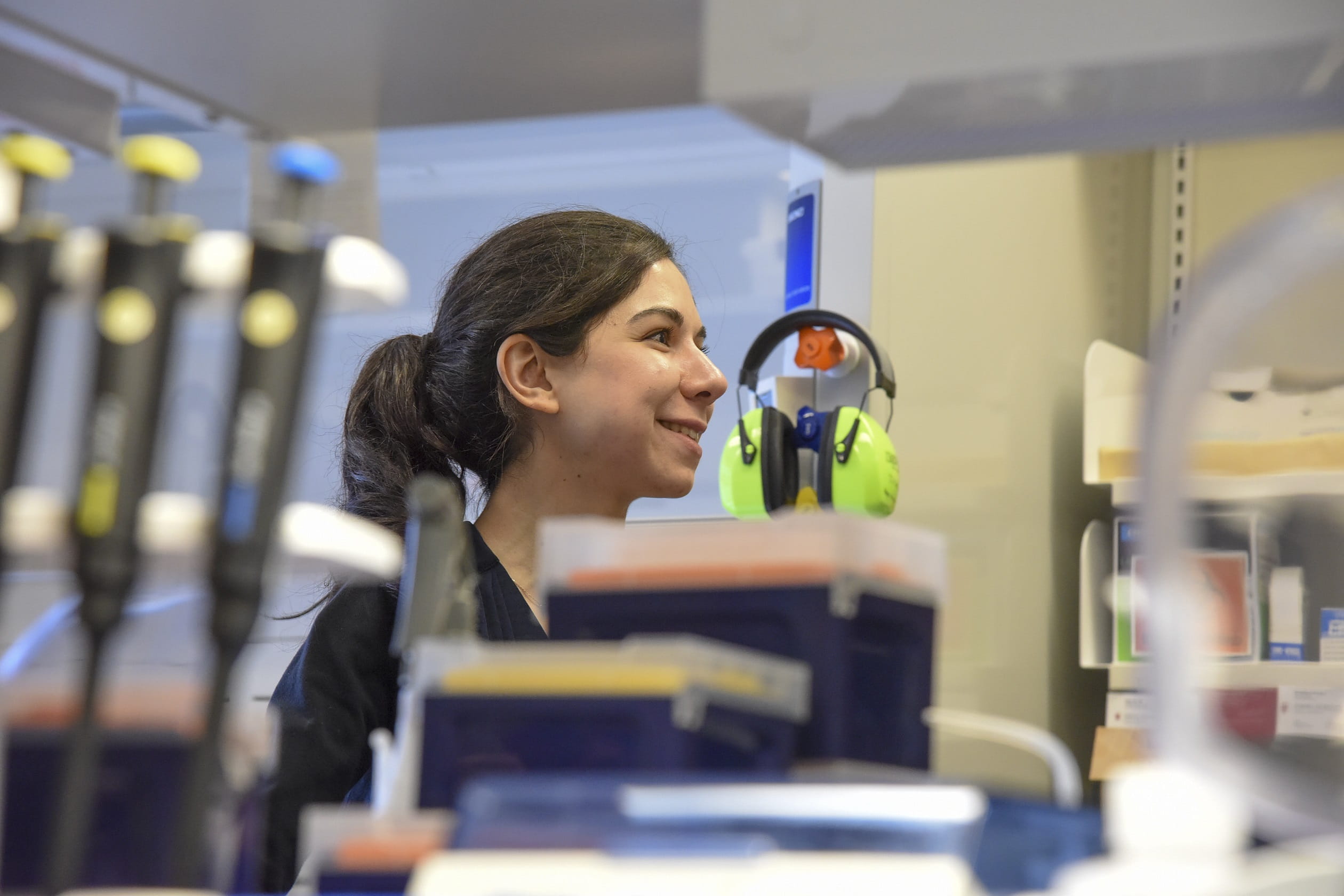 At Indiana University School of Medicine, the largest medical school in the United States, postdoctoral researchers are able to work with faculty investigators throughout the school’s downtown Indianapolis campus to hone their research knowledge and skills for career advancement.

Physicians and scientists at IU School of Medicine were awarded more than $189 million in research grants in the 2019 fiscal year from the National Institutes of Health to study the underlying causes of disease, the development of new therapeutics, and how to improve the delivery of care. A substantial part of that funding—$84.2 million—was awarded to investigators within Stark Neurosciences Research Institute, including four of the largest grants at the school dedicated to Alzheimer's disease research.

The IU School of Medicine Indianapolis campus offers access to and collaboration with some of the nation’s top clinical partners as well as premier laboratories and other research facilities.

Led by outstanding medical education and research experts—many of whom rank among the nation’s best physicians and scientists—this urban campus, located a mile-and-a-half away from the heart of downtown Indianapolis, offers advanced medical education in the heart of one of the most affordable, progressive and economically healthy cities in the United States. This family-friendly city has been ranked as one of the best places in the nation to live by U.S. News & World Report and ranked No. 21 out of 200 cities as the Best Place for Business and Careers by Forbes Magazine.

Indianapolis, and its booming suburbs to the north, boasts cultural and historical enrichment. The award-winning Indianapolis Zoo, Children’s Museum, Conner Prairie and Indianapolis Motor Speedway are among the many activities in the metro area. Indianapolis, named the most "Underrated Food City in America" by Condé Nast Traveler, also has an emerging food scene, led by restaurants that include Milktooth, Bluebeard and Livery.

IU School of Medicine requires that all postdoctoral researchers be compensated at the Year 0 NRSA minimum salary rate which adjusts every July 1 according to the rate set the previous calendar year.

Postdoctoral researchers who are funded through R01s, departmental budgets and start-up funds are classified as “Appointees” and are considered employees of Indiana University. Appointees receive the benefits standard to Academic Appointees.

Postdoctoral researchers on training grants, NIH NRSA, NIH F or T awards, and other fellowships and typically classified as “Fellows” and begin training with different benefit structure than Appointees. Funding agencies require fellows to not have an employer-employee relationship with the university. The benefit plan for postdoctoral fellows at IU School of Medicine is underwritten by Anthem.  Family and spousal medical coverage premium costs will be covered by IU School of Medicine.