What is triple negative breast cancer?

Breast cancer comes in four basic varieties that depend on the receptor status—a term used to identify the proteins inside and/or around the tumor cells that bind to something in the body to trigger a reaction from the cell. Most breast cancer cells are hormone-fed; these known as estrogen receptor positive (ER+) and progesterone-receptor positive (PR+). Others thrive on the human epidermal growth factor receptor 2 (HER2+). And then there’s triple negative (TNBC), the “other” category in the breast cancer lineup that’s especially rude and unruly.

Compared to other types of breast cancer, triple-negative is more aggressive, higher grade and often shaped a lot like the cells that line the milk ducts in the breast. Terms like basal tumor, basal breast cancer, basal-like disease and basal-like genetic pattern all refer to the shape of the cancer cells. On a scale of 1 to 3, triple-negative tumors are often grade 3, the most unlike normal breast tissue.

In part because targeted therapy is not yet available for triple-negative breast cancer to reduce recurrence, it tends to come back within the first five years of finishing treatment—moreso than breast cancers that are managed with hormone or HER2  blockers. The good news is that after five years, recurrence is about the same for all types of breast cancer.

In other words, the cancer is diagnosed not by what causes it, but rather by what does not cause it. Without knowing the root cause of the cancer, researchers cannot develop targeted treatments designed to attack its unique vulnerabilities.

Researchers at IU School of Medicine are focused on triple-negative breast cancers and trying to learn more about how these types of cancers behave and what puts people at risk for them. A wave of scientific and technological advancements makes this the prime time to focus on this disease.

First, genomic medicine is enabling researchers to read each tumor’s genetic blueprint, providing clues about the specific mechanisms it depends on to grow and survive. By analyzing the DNA of triple negative tumors, IU School of Medicine researchers hope to finally uncover what helps them flourish and develop precision therapies to interfere.

In addition, physicians and scientists are learning how to train the human immune system to mount its own defense against cancer cells. While still in its infancy, immunotherapy has the potential to be the most promising new therapy in a generation. IU School of Medicine faculty researchers believe the combination of genomically guided therapies and immunotherapies will allow for some types of triple negative cancers to be cured.

Finally, IU School of Medicine is launching one of the most ambitious longitudinal studies of triple negative breast cancer. The school will create a biobank of triple negative tumor tissue that will be mined for clues; collect health and other information from patients; and monitor long-term progress after treatment. 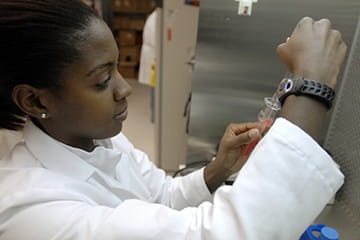 Along with the extraordinary generosity of the Vera Bradley Foundation, Indiana University and IU School of Medicine have made monumental investments in talent and infrastructure to build a premier Precision Health Initiative. All told, IU has committed $120 million to precision health as part of the Grand Challenges program.  This funding is helping to develop critical infrastructure such as state-of-the-art genomic sequencing capabilities and a Chemical and Structural Biology Center, which focus on drug discovery. 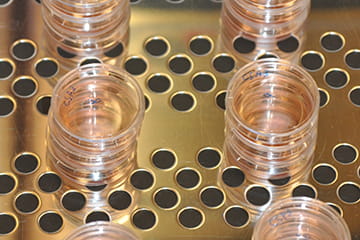 In addition, the Brown Center for Immunotherapy was established in 2016 with a gift from tech entrepreneur and IU School of Medicine alumnus Donald Brown. All of these resources are being leveraged to advance triple negative breast cancer research at IU School of Medicine. 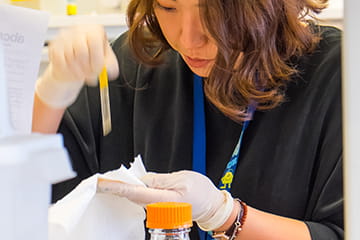 IU School of Medicine is also home to the world’s only biorepository – or bank – of healthy breast tissue. The tissue is donated by selfless women without cancer who voluntarily undergo a breast biopsy. IU researchers are comparing healthy tissue from the bank to samples from women with triple negative disease to identify differences that may contribute to the growth of the cancer. 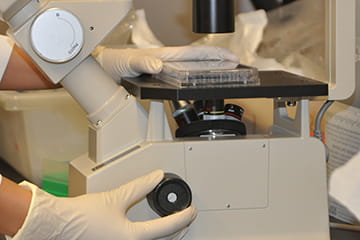 Finally, IU School of Medicine is launching one of the most ambitious longitudinal studies of triple negative breast cancer. The school will create a biobank of triple negative tumor tissue that will be mined for clues; collect health and other information from patients; and monitor long-term progress after treatment.