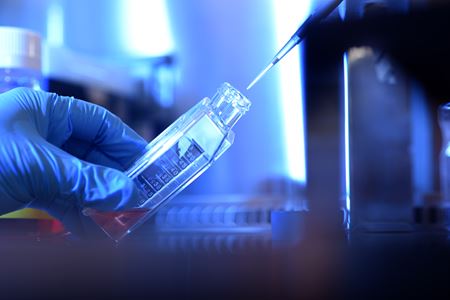 INDIANAPOLIS—Researchers at Indiana University School of Medicine are testing use of tezampanel, a novel antagonist at glutamate receptors that could treat opioid withdrawal syndrome and other addictions and mental illnesses. The school recently received a $12.3 million grant from the National Institute on Drug Abuse (NIDA) supporting a two-stage project for medication development called “AMPA-antagonism: A Novel Pharmacology for Launching Recovery from Opioid Addiction.”

“The goal is to help psychiatric patients get breakthrough medications more rapidly than what traditional mechanisms have allowed,” said R. Andrew Chambers, MD, addiction psychiatrist and neuroscientist in the IU School of Medicine Department of Psychiatry.

The project is happening in partnership with Proniras Corporation, a Seattle, Washington based biotechnology company, and represents an innovative granting mechanism that supports a unique, industry-academic collaboration aiming to increase the speed, scientific impact and cost-effectiveness of new drug development. 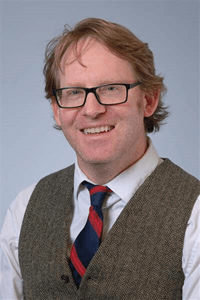 Chambers and Christopher Toombs, PhD, DABT, cofounder and chief scientific officer at Proniras, will lead research efforts toward testing and characterizing tezampanel as a potential major advance in the addiction psychiatry treatment space. The first $2 million stage of the project, conducted over the next two years, will pursue laboratory characterization of tezampanel to test its utility in the context of various preclinical models of opioid withdrawal and in combination with opioid and benzodiazepine drugs commonly associated with opioid addictions and lethal overdoses.

“This drug has very interesting activity in the glutamate neurotransmitter system of the brain, which operates as a sort of common currency of information processing that has gone wrong in both addiction and mental illness,” Chambers said. “If the preclinical work shows acceptable margins of safety and efficacy, then we anticipate NIDA and the Food and Drug Administration (FDA) will approve continuation of the project, advancing it to the second, $10 million stage.”

In this second, three-year stage, the IU School of Medicine team will both conduct the world’s first controlled, clinical trial of the agent by administering tezampanel in people who are suffering with opioid addiction while operating in conjunction with Proniras as the hub of a multi-site consortium that will pursue further clinical testing of tezampanel nationally.

This consortium will unite the expertise and facilities of clinician scientists in addiction psychiatry at the University of New Mexico, University of Cincinnati, and Yale University to test and parameterize the new medication under different clinical conditions.

“We have a profound need for new and effective treatment for addiction and co-morbid psychiatric conditions,” said Thomas McAllister, MD, chair of the IU School of Medicine Department of Psychiatry. “We believe this grant represents an exciting opportunity to move the field of addiction psychiatry treatment forward in an impactful way.”

Learn more about addiction psychiatry research and education at IU School of Medicine.

Proniras Corporation is a Seattle-based biotechnology company focused on developing tezampanel as a potential treatment for opioid withdrawal and related disorders of addiction. The development of tezampanel in this indication is being funded in whole or in part with federal funds from the National Institute on Drug Abuse (NIDA), under Grant No. 1UG3DA050923-01. Proniras was founded in 2018 by Accelerator Life Science Partners and Christopher Toombs, PhD, DABT. For more information, please visit proniras.com.