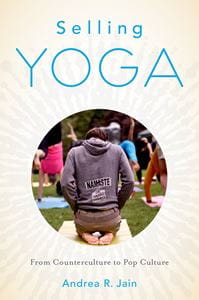 INDIANAPOLIS – In the popular imagination of yoga practice today, gone are the visions of bearded, stoic old men seeking a transcendent state detached from ordinary, everyday life. Instead, most envision a room of spandex-clad, perspiring, toned women perched atop yoga mats in the pursuit of fit, beautiful bodies.

In her new book, “Selling Yoga: From Counterculture to Pop Culture,” the IUPUI professor examines the growing global popularity of modern yoga, which previously had been viewed as countercultural and oftentimes scandalous.

Unlike premodern and early modern yoga systems, popularized yoga is not prescribed as an all-encompassing worldview or system of practice, but as one among many components of personal development that can provide increased physical beauty, fitness, and flexibility, along with such benefits as decreased stress. In other words, popularized yoga is often combined with various non-related worldviews and practices.

Fueling its popularization has been yoga’s intersections with the rising transnational consumer culture and its basic tenant that individuals can and should pick and choose practices, beliefs, and commodities that fit their own lifestyle preferences, Jain said.

Practitioners of contemporary popularized yoga see its products and services as a road to self-development in line with mainstream social values such as the dominant health and fitness paradigms.

However, Jain argues that yoga systems cannot be reduced to mere commodities—that yoga can, in fact, serve religious purposes even in its popularized varieties, and as such provides an avenue for studying ways in which religious systems adjust to contemporary consumer culture.

“Yoga is merely a case study. Even evangelical Christianity has succeeded in part by creating an intersection with consumer culture . . . evangelical pastors, for example, advocate for the importance of individuals choosing particular exercise or physical fitness regimens based on lifestyle preferences, therefore reflecting dominant themes in our consumer culture,” Jain said.

“There never was a single, homogenous yoga tradition. Yoga has always been in transition as it moved across social contexts,” Jain said.

Published by Oxford University Press, “Selling Yoga,” is now available in paperback, hardback and as an ebook.