Immunotherapy holds tremendous promise, but a researcher is exploring whether it plays a role in cognitive changes among cancer survivors. 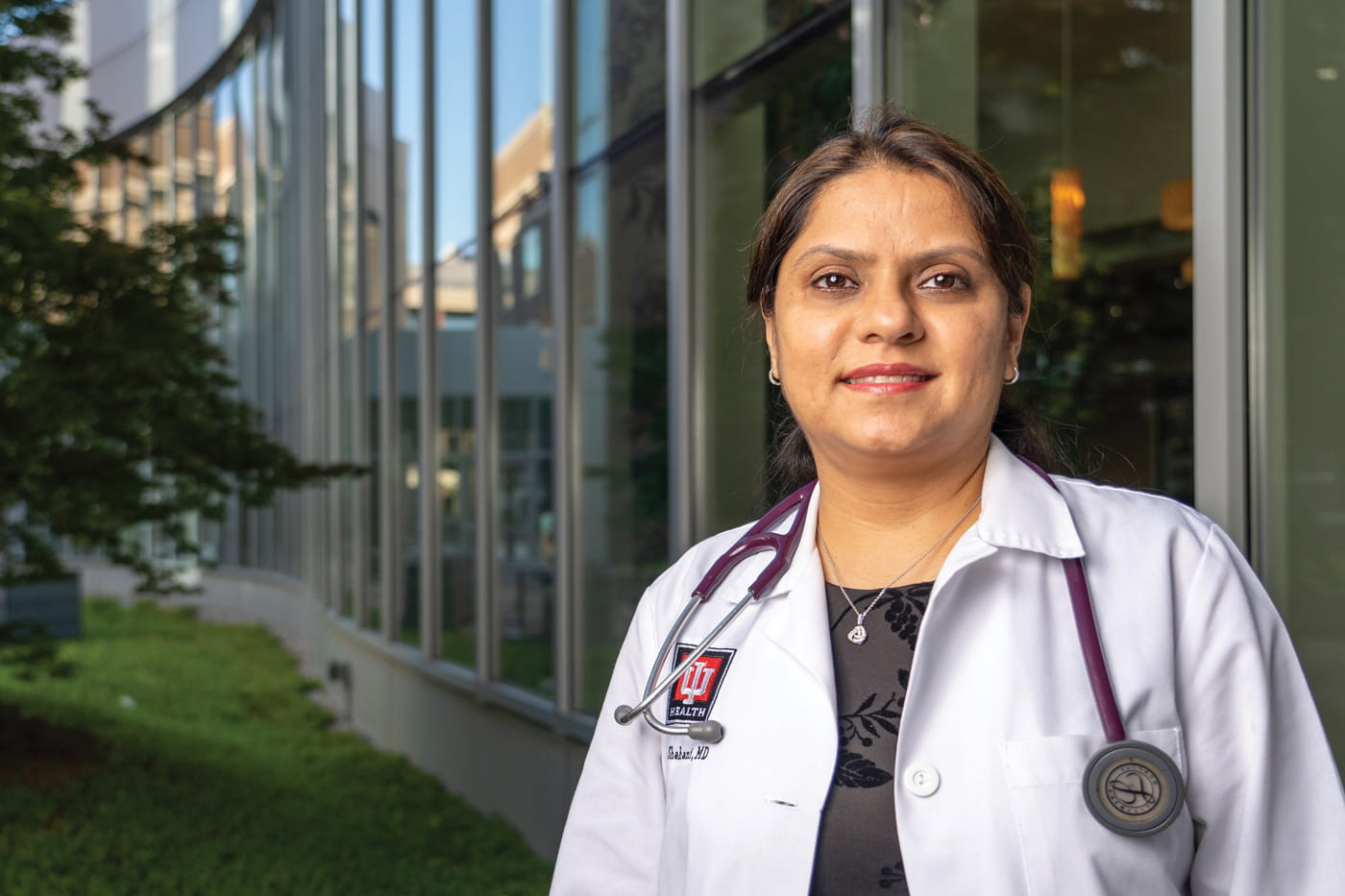 Shobha Shahani, MD, who trained in geriatrics, frequently saw elderly patients, including those with cancer, confronting complex cognitive conditions. Her background is helpful in studying chemobrain, where individuals are older, have chronic health conditions, and have aging brains.

OVER THE YEARS, cancer survivors arrived for check-ups and told oncologists they weren’t quite themselves. They misplaced remotes and car keys. They found themselves searching for words. Mundane tasks like balancing a checkbook became rigorous.

More than anything, survivors couldn’t shake the idea that their treatment had dulled mental edge as they resumed their everyday life. Among them, it took on an unappealing name—chemobrain. Too often, the phenomenon was gently dismissed as something just in a patient’s head.

How exactly do chemotherapy drugs alter the brain’s vasculature and nerves? What percentage of patients experience symptoms? And can we devise a test to diagnose chemobrain?

A researcher at Indiana University School of Medicine is adding another to that list: What is the impact of adding immunotherapy to treatment? Over the next two years, Shobha Shahani, MD, will head up a study of 150 lung cancer patients that looks to give us early clues.

“If immunotherapy tends to worsen chemobrain, would it be better to stick to one treatment or the other,” Shahani said. “When immunotherapy is not improving quality of life or prolonging life, there is no point in putting a patient through that.”

At first glance, Shahani would seem to be an unlikely choice to head up such a project. Trained in geriatrics, she was a hospitalist at IU Methodist Hospital caring for elderly patients—many of whom were transferred in from nursing homes—with cognitive issues such as delirium, dementia, and the side effects of medications. Also among them were older patients undergoing cancer treatment.

The exposure spurred her to pursue a fellowship in geriatric oncology, where she met Nasser H. Hanna, MD, who oversees clinical lung cancer research at the Indiana University Melvin and Bren Simon Comprehensive Cancer Center. Quickly, they identified chemobrain as an area ripe for investigation.

The reality is most cancer patients are older. They deal with chronic conditions such as heart disease or diabetes, and they also are more likely to face organ dysfunction. Meanwhile, their brains are much farther along in the aging process.

“Someone in geriatrics is versed in taking care of patients,” said Hanna, the Tom and Julie Wood Family Foundation Professor of Lung Cancer Clinical Research. “They are more sensitive to those challenges.”

There’s a pressing need in oncology for deeper insights into chemobrain. Right now, the literature is pockmarked with holes. Some studies estimate 17 percent of cancer patients experience the condition while others place it as high as 70 percent. The wide range stems, in part, from the fact researchers repurpose cognitive tests for other conditions.

There’s also the fact that most studies involve breast cancer survivors, which is the largest pool available. But for an oncologist like Hanna, who specializes in lung cancer, few investigations focus on the patients he treats. So, when Shahani culled medical journals, she found a lone paper exploring immunotherapy’s role in chemobrain among lung cancer patients—a preclinical study on mice. That created an opportunity and a challenge.

“There are no previous studies to really guide us,” Shahani said.

The easiest step is to start small, design a proper protocol, and gain usable data. So, Shahani and Hanna aim to recruit 150 patients equally split among patients with no active cancer, patients just receiving chemotherapy, and patients getting a combination of chemo and immunotherapy. The patients, who have advanced disease, will undergo baseline cognitive testing and follow-ups at three months and six months.

Ideally, Shahani will start recruitment in early 2022 and begin administering cognitive tests by next fall. If all goes according to plan, the project will wrap up in two years.

“The first step is to understand if it’s a problem and to what degree,” Hanna noted. “Is this a problem that occurs in a small percentage of people? Or is it more prevalent than we might suspect?”

The answer is vital. Over the last decade, immunotherapy drugs have emerged as frontline treatments for patients with stage 3 and stage 4 disease. It’s also created a good problem—more patients are living longer. In the past, a person with advanced lung cancer might only live a year. Today, almost a third of them are alive after five years.

Shahani’s work is a modest first step, and any findings would need to be validated with a larger follow-up study. But if she obtains valid data, the next steps are intriguing. For example, she would put patients with symptoms through a more specific cognitive test that would help “pick up certain areas that are more affected than others.”

The testing protocol could also fold in more clinically relevant elements, Hanna said. Neuroimaging could let us see if there are detectable changes in brain structure. Or blood samples could be taken and analyzed as part of early work to identify a biomarker for chemobrain.

“The final piece of the puzzle,” Hanna said, “is can we do something about it.”