Hiller at the Helm

The former director of emergency medicine at the University of Arizona arrives at IU School of Medicine—Bloomington as a state-of-the-art academic health building nears completion. 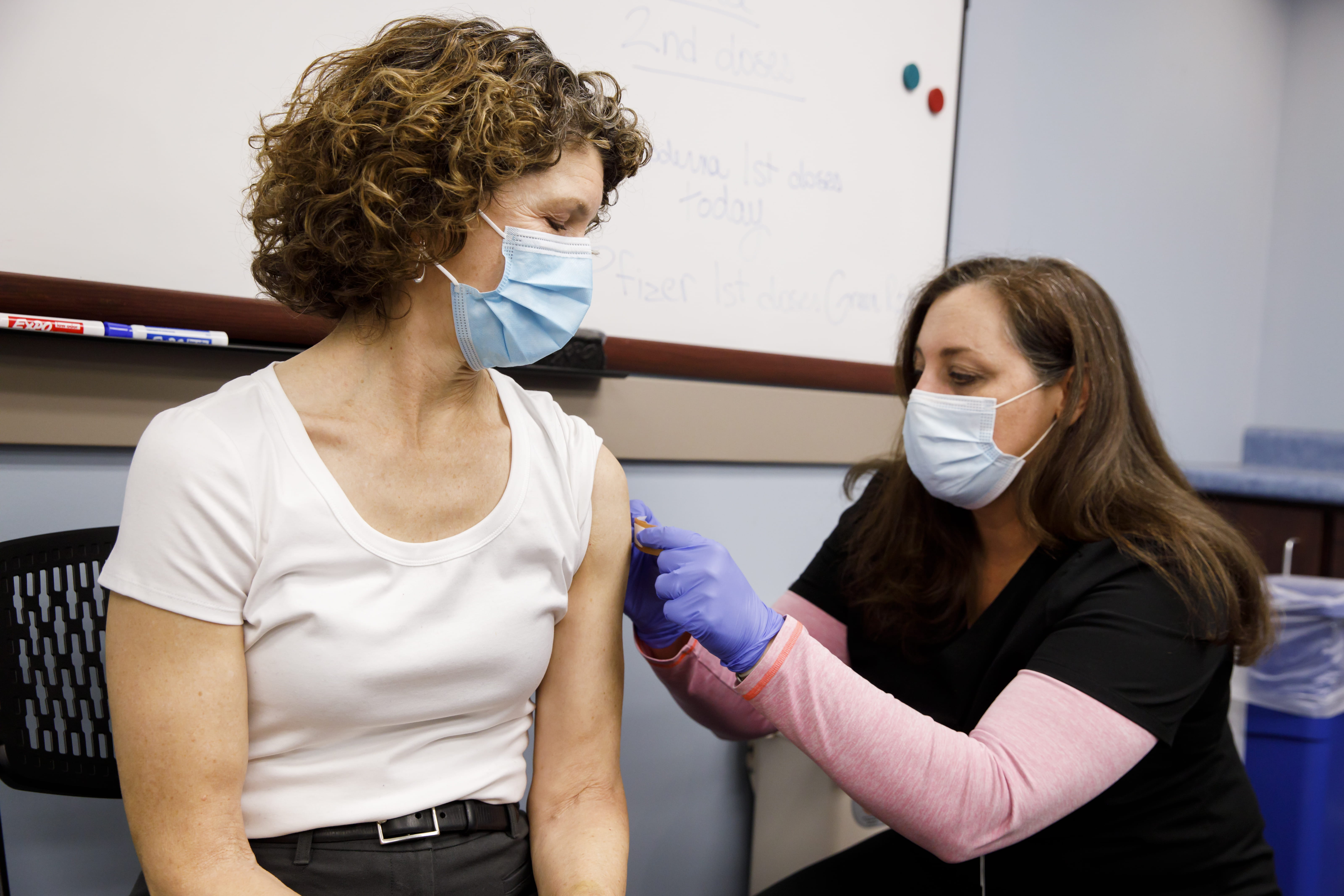 Katherine Hiller, MD, MPH, had spent what she describes as 16 wonderful years at the University of Arizona when she began looking at a position as director of IU School of Medicine—Bloomington.

Her first interview, in January, went well and she planned to return with her family in March. Then, the spread of the novel coronavirus forced the lockdown of much of the country. Her trip was canceled. And Hiller was forced to think about the potential of a new job from afar—and what would come with taking a job halfway across the country in the middle of a pandemic.

In addition to serving as Director of Undergraduate Emergency Medicine at the University of Arizona College of Medicine, Hiller is married with two children, and the timing of such a leap made her question her own sanity. But the more she looked at the Bloomington job—in the late stages of building a state-of-the-art hospital and academic health building, and situated adjacent to a top-notch research university—she was intrigued. So much so that, on July 1, Hiller became the new director and associate dean for the Bloomington campus.

“This is really an important time in Bloomington’s history and the IU School of Medicine’s history,” Hiller said. “I think this Regional Academic Health Center has the potential to completely transform the way medicine is delivered in Bloomington.”

Hiller, who has picked up a weekly shift in the emergency department at IU Health Bloomington, said the Bloomington campus is already moving toward more collaboration between the clinic and the classroom. And while the campus currently has no residency program, that’s something Hiller would like to see happen. She’s working with IU Health on a feasibility study for such a project, that would help grow more physicians for south-central Indiana.

For now, Hiller is settling into a job in a new region of the country. When she left Arizona, there were raging wildfires. In Indiana, she, her husband and their daughters, ages 9 and 13, have been enjoying fishing, spotting deer, foxes and squirrels, and getting to know a new community.

“We’re having the time of our lives,” she said.