A Little Mercy Can Help

Mercy Odueyngbo aims for expertise and empathy to come through as she helps dermatology patients on her tv show. 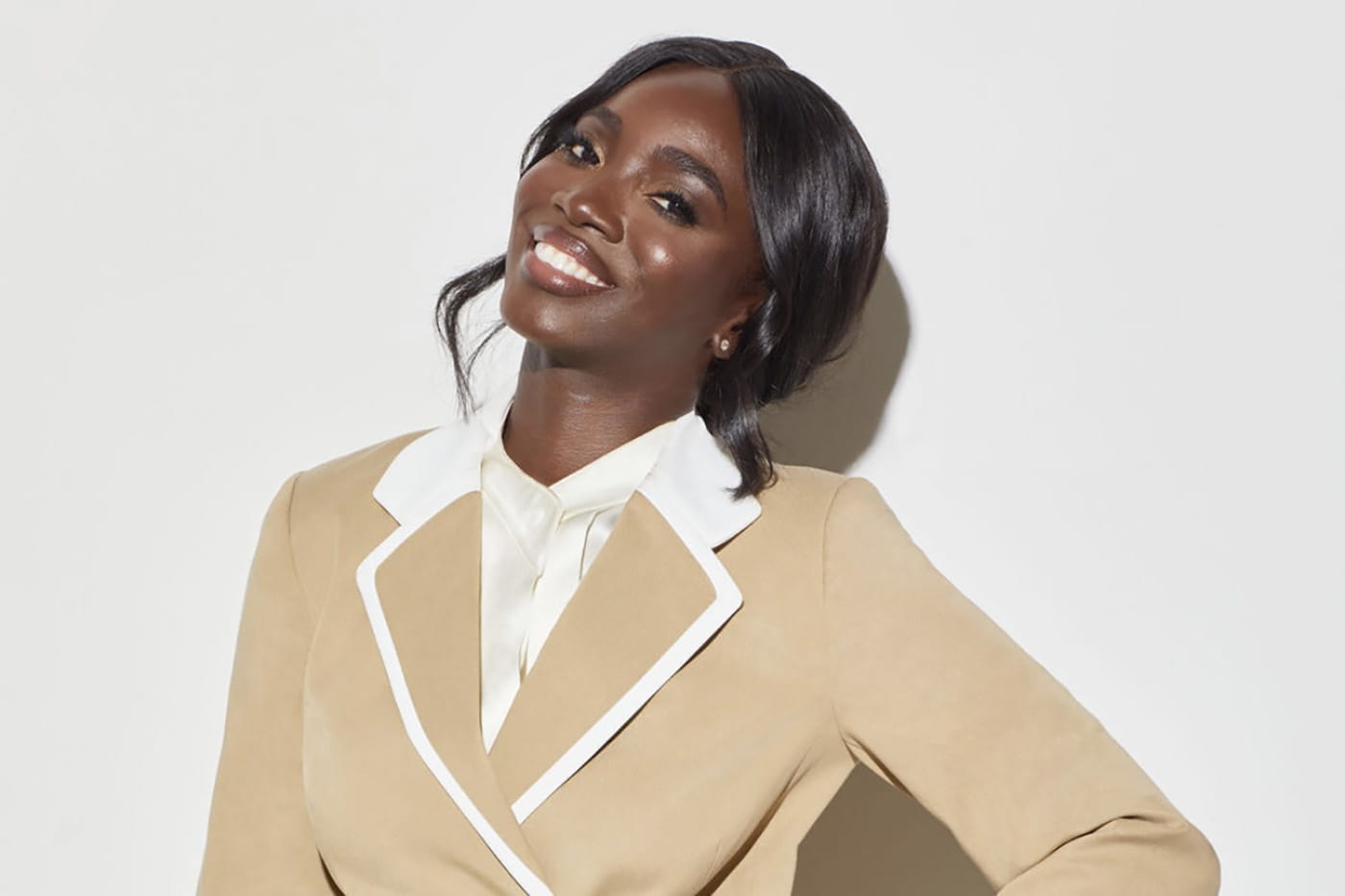 WHEN MERCY ODUEYUNGBO, MD, agreed to do a television show set in her dermatology practice—with a steady stream of extreme skin conditions producers planned to send her way—the 2010 IU School of Medicine graduate had some hopes for the experience.

She wanted to show people with extraordinary skin conditions there was hope for easing their pain and ending their social isolation.

She wanted the compassion and empathy she felt for her patients to be a counterpoint to the sometimes-transactional nature of busy medical practices.

Above all, the physician now known to many by the title of the show—Dr. Mercy—wanted to increase the media representation of minorities in medicine.

Not everything about the TV show has been easy, but Mercy says the experience has accomplished those goals. “There are a lot of people who were glad to see someone of color being represented in a good way,” she said. “There are people who are glad to know that there is a cure for their condition. And there’s a little bit of warmth and heart.”

BORN IN NIGERIA to parents who were both nurses, Mercy grew up following her father around hospitals so much she developed a liking for the smell of antiseptics. She also caught the bug for a medical career. “I didn’t even know there were other professions out there in the world,” she said.

In the early 1990s, her father followed nursing opportunities to the United States, settling in Chicago. The rest of the family joined him four years later. In school in Chicago, Mercy gravitated toward science, even when it was challenging to her. She chose IU School of Medicine because of its Master of Science in Medical Science degree, a two-year program designed to enhance the preparation and confidence of students underrepresented in medicine.
Mercy said the program made a big campus feel small and prepared her for medical school. With the help of scholarships, she was able to enter IU School of Medicine. Today, she speaks fondly of the experience, the school’s supportive atmosphere, and the closeness she felt to her classmates.

Approaching graduation, she was considering a career in plastic surgery, but she didn’t see many women in the field. She wanted a challenging job but also a good work/life balance. Mentors at IU suggested surgical dermatology and she quickly fell in love with it.

AFTER FELLOWSHIPS in skin cancer surgery and reconstruction, Mercy opened a practice in Michigan in 2018. Because her parents still lived in Chicago, she opened another there, splitting time between the locations.

In 2019, the Discovery Channel (owners of TLC) began scouring social media for physicians for a new show. After a series of auditions, they chose Mercy.

Set in her Chicago office, Dr. Mercy debuted last September, and the first episode, when she meets and treats three patients, illustrates the show’s premise.

The first patient is a woman with benign tumors (neurofibromatosis) all over her body and face. They cause her pain, make her the subject of stares, and contribute to her depression.

The second is a man with a basketball-sized lipoma protruding from his side. It hinders his relationship with his partner, his ability to play with his kids, and his desire to go places.

The third is a woman who appears unblemished until she removes her heavy makeup, revealing a port wine stain that covers two-thirds of her face.

Over the course of the show, Mercy removes 41 tumors from the face and body of the first patient, painstakingly extracts the 20-pound lipoma from the man’s side and performs laser surgery on the woman with the port wine stains. In later interviews, the woman with neurofibromatosis reports feeling more confident and willing to go out in public. The man with the giant lipoma says he feels free. The woman with the facial stain leaves the office feeling hopeful that, with healing, her condition will improve.

With each case, Dr. Mercy demonstrates a comforting, caring manner, something the patients comment on appreciatively in the outside interviews.

For Odueyungbo, the cases in the show are things she’s seen in her practice before. But the producers’ search—through social media and patient inquiries and auditions—result in the show’s “wow” factor of the extreme cases. “Everything was 10 notches up from what I do in my practice,” she said.

The show pays for the patients to travel to see Mercy, for their medications and the costs of follow-up care back home. They aren’t charged for her care.

Melissa Titus, who knew Mercy as a kind, caring student at IU School of Medicine student affairs when Titus worked in student affairs, has followed Mercy’s career. In fact, she subscribed to Discovery+ so she could watch the show. Now, her own 10-year-old daughter is an adoring fan who wants to meet Mercy. “The show captures her down-to-earth sense of humor, her smile, her big laugh, and her absolute kindness,” said Titus, now a professor of epidemiology at IU Fairbanks School of Public Health. “It’s a joy to watch her work as a doctor and see that she helps our most vulnerable neighbors.”

IN THE WAKE of the show, Mercy has been the subject of a glowing article in Essence magazine that credited her with “changing the face of dermatology.” More importantly to her, she began hearing from parents of black children whose kids watch the show, many of them offering her thanks for being a role model. She even heard from one young girl who put together an ensemble of pink scrubs and a white Dr. Mercy-labeled coat—for a Halloween costume.

One of her biggest concerns—going in—was how it would be received by her peers in dermatology. Happily, she says she’s had several reach out and show support.

But it hasn’t all been roses. The show has cost her and her family some privacy. Not all the social media feedback was pleasant. And, from across the country, patients suffering from the extreme conditions displayed on the show, have clamored to get appointments on her schedule. Mercy admits to some guilt for not accepting them all, but there are only so many hours in a day.

“I try to reassure patients that there’s nothing that I’m doing that’s magical,” she said. “There are other dermatologists and other surgeons that can do the same thing. I’m just glad the show brought awareness that there is treatment for this kind of thing.”

Still, she’s been pleased how the care she’s delivered on the show has changed the lives of her patients. Those who were reluctant to leave home now go out. Those in pain have found relief. Others have gotten jobs or gotten married. And the show has helped her.

“I like to believe it made me a better physician—a better surgeon for sure,” she said. “I always say now I don’t think there’s much that scares me anymore after I did what I was doing on this show.” The second season of Dr. Mercy is expected to air later this year.