Genomic studies combined with individual testing enables researchers to determine a patient’s susceptibility to disease, predict how they will respond to a particular drug and match them with the right therapeutics. Indeed, this new science of personalized medicine has the potential to eliminate unnecessary treatments, reduce the incidence of adverse reactions, increase drug efficacy and, ultimately, improve patient outcomes.

One focus of the Indiana Institute for Personalized Medicine’s efforts is on cancer therapies. These therapies are complex in that the disease they are designed to treat is often life-threatening and, in some cases, these drugs can prolong survival or even improve the chance for cure. Many of the therapies available also have substantial side effects, and not everyone benefits. This leaves patients with difficult decisions about the best therapies for themselves. More recently, it has become apparent that personalized medicine (finding the best drug for each patient) is a critical step forward in improving the effectiveness and reducing the toxicity in the care of cancer patients. 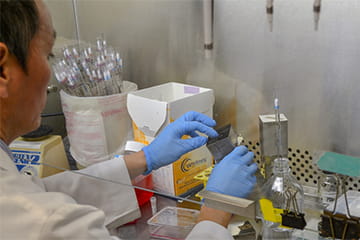 Pharmacogenomics is the study of how an individual’s genetic code affects the way the body responds to drugs. The field of pharmacogenomics is relatively new with the promise that medications can be tailor-made for each individual through a better understanding of the mechanisms underlying the genetic variability and its response to therapy. At IU School of Medicine, researchers doing pharmacogenomics research are trying to better understand the relationship between genomics and drug response to improve the practice of medicine by enhancing the personalization of therapy. The Indiana Institute for Personalized Medicine, in collaboration with the IU School of Medicine Department of Medical and Molecular Genetics, has developed a CLIA-certified pharmacogenomics lab. 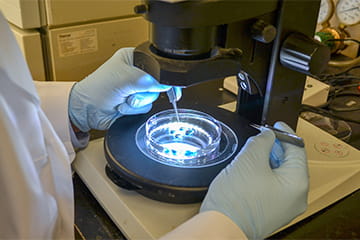 The Disease and Therapeutic Modeling Program at IU School of Medicine brings the science of quantitative modeling to the translation of new tests and therapies from the laboratory into the clinic and to the community. Its ultimate purpose is to catalyze effective translational medicine through the rigorous application of quantitative models at each stage of the translational process. Implicit within this effort is the drive toward more personalized medicine using biomarkers that characterize disease severity and/or therapeutic response and particularly pharmacogenomics to target genetically identifiable response populations. New models will be used to improve existing and future therapies by generating the data that enables targeting them to susceptible populations and even individual patients who are likely to achieve the most benefit with the least adversity from specific treatments. The program involves a full partnership with (and significant contribution of resources and expertise from) Eli Lilly and Co., headquartered in Indianapolis, and the Indiana CTSI. 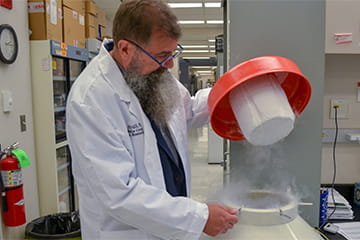 The goal of effective and safe therapy of many drugs is made difficult by large inter-individual variability in response to these drugs, which significantly adversely influences the cost of health care and is of major concern for patients and their caretakers. Although potential causes for variable drug effects are multiple, pharmacokinetics changes and unpredictable drug interactions that ensue are frequent and major causes of unpredictable drug effects. The majority of currently marketed drugs are eliminated primarily by metabolism. Therefore, the main focus of research in the lab of Zerusenay Desta, PhD is identification of genetic and non-genetic mechanisms of inter-individual variability in drug disposition, drug-drug interaction and response. 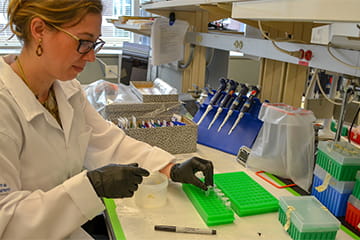 Pregnancy presents unique issues relevant to personalized therapeutics. Physiologic changes in pregnancy lead to increased volume of distribution, an extra compartment (the baby) and changes in drug metabolizing and transporting capabilities. Additionally, about three in four pregnant women are given a prescription for a non-vitamin medication during pregnancy. All of these factors make the study of drug therapy in pregnancy an important part of therapeutic studies. Through the Center for Pharmacogenetics and Therapeutics Research in Maternal and Child Health (PREGMED) at IU School of Medicine, researchers are performing cutting-edge research on pharmacogenomics and individualized therapy in pregnancy, focusing on conditions such as pre-term labor, nausea and vomiting in pregnancy, depression in pregnancy and diabetes in pregnancy. Uniquely merging interests in obstetrics, neonatology and clinical pharmacology, IU School of Medicine is leading and participating in several federally funded studies to make drug therapy more individualized in pregnancy. 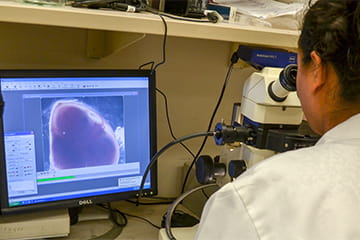 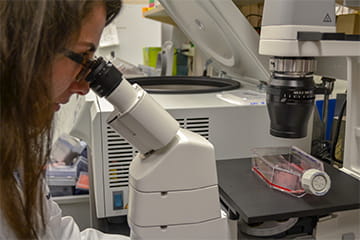 Research faculty throughout IU School of Medicine’s academic departments post updates about their work to the research updates blog. Subscribe to this blog to stay up-to-date about medical research in personalized medicine.