Pathophysiology of the Biliary Epithelium

For over 25 years, Gianfranco Alpini, PhD and his lab have been at the forefront of exploration of the pathophysiology of the biliary epithelium. Prior to 1988, the intrahepatic biliary epithelium was considered, by the scientific community to be an inert “plumbing system” whose main function was only the delivery of bile to the duodenum. This philosophy has been changed after a major contribution provided by the Alpini group showing:

These findings had tremendous implications for advancing the field of cholangiocyte pathobiology, as this was the first recognition of cholangiocytes as more than a passive cell, but rather a selective target for cellular responses during biliary injury. Today, we know that secretin and secretin receptor (expressed only by cholangiocytes in the liver) are key factors regulating the homeostasis of the biliary tree in normal and diseased states.

The Alpini Lab also demonstrated that (in addition to S cells in the duodenum) cholangiocytes produce secretin that is an important trophic factor for bile ducts. The lab continues to study and examine the functional role of secretin and secretin receptor and has maintained steady funding based on this innovative discovery.

The research group recently demonstrated that serum levels of secretin are decreased in female patients with primary biliary cholangitis (PBC) suggesting that: (i) this gastrointestinal hormone can be an important prognostic tool for the diagnosis of PBC; and (ii) dysregulation of secretin in bile ducts may be an important player in the development of ductopenic diseases such as PBC. Inhibition of the secretin/secretin receptor axis in animal models of cholestasis resulting in decreased activation of hepatic stellate cells and subsequent ablation of hepatic fibrosis, which involved decreased TGF-β1 signaling and decreased expression of microRNA let-7a.

In addition, significantly higher expression of secretin, secretin receptor, and TGF-β1 signaling was observed in liver samples from patients with primary sclerosing cholangitis (PSC), a devastating disease with higher incidence. These finding suggest that direct antagonism of the secretin/secretin receptor axis may have therapeutic potential in patients with cholestatic liver disease. 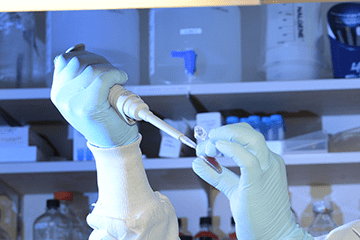 About the Alpini Lab 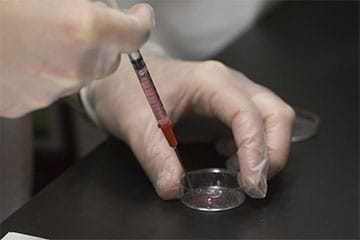