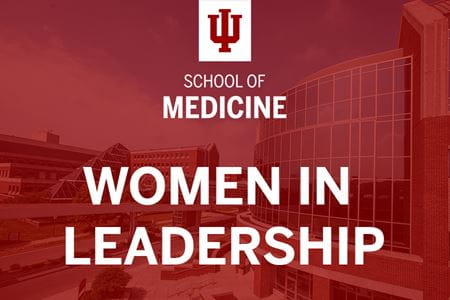 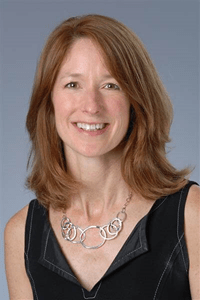 “Family is not a competing interest.”

This is something Emily Walvoord, MD, needed to hear early in her career.

These wise words came from one of her most trusted mentors, Ora Hirsch Pescovitz, MD, former executive associate dean for research affairs at IU School of Medicine and CEO of Riley Hospital for Children; she’s now president of Oakland University in Michigan.

“It’s OK to be a woman in medicine and say, ‘I have to leave a meeting early to go pick up my kids,’” said Walvoord, a mother of two children (now in college) married to an emergency room physician who is very supportive but works long hours. “Family is important, and it’s OK to talk about that.”

When her children were younger, Walvoord, a pediatric endocrinologist, worked four days a week and declined 7 am meetings so she could get her kids off to school with a good breakfast.

“I tell women you have to try not to let yourself feel bad about that,” Walvoord advised. “There is this culture of overwork. You have to be realistic about priorities.” 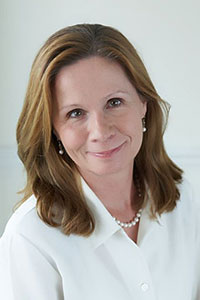 Michelle Howenstine, MD, learned this lesson early in her career as a married mother of two who found herself the only woman at the table with a dozen or more men at All Children’s Hospital in St. Petersburg, Florida, where she took on her first leadership position as chief of the pediatric pulmonary section.

“First, you have to let them understand they do need you at the table. And no, I can’t be there at six at night, nor at seven in the morning, because I have children and responsibilities,” Howenstine said. She stood her ground, and within six months, meetings were changed to noon.

After 12 years in Florida, Howenstine returned to IU School of Medicine, where she earned her medical degree, and to Riley Hospital for Children, where she had completed her residency in pediatrics and fellowship in pediatric pulmonology. She served as center director for the Indiana University Cystic Fibrosis Center and program director for IU School of Medicine’s pediatric pulmonology fellowship training program.

At Riley, Howenstine was no longer the only woman at the table. And like Walvoord, she soaked up many words of wisdom from Pescovitz. Among her favorite pieces of advice was, “Stay in the moment. If you think you can multitask, you can’t.”

“This lesson has been very important and is a leadership tenet for me,” Howenstine said.

“The other thing she said that I thought was so important was, ‘When you feel pulled in different directions, stop and make a list of what is essential to take care of,’” Howenstine added.

That list may not include cleaning the house or doing yardwork. As a woman developing her career in medicine, Howenstine chose to hire those jobs out, and she frequently enlisted help from a nanny when her children were young. 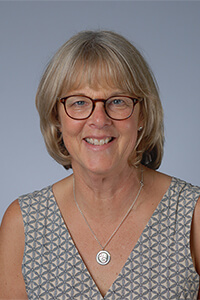 Similar to Howenstine, Maureen Harrington, who holds a PhD in pharmacology and is a professor of biochemistry and molecular biology and of anatomy, cell biology and physiology, also found herself the only woman in the room at times during her career as a basic scientist.

Not one to be easily intimidated, Harrington found it more of a curiosity than a problem.

“The hard part is you don’t have any girlfriends; you don’t get to know other women,” she said.

Throughout her career in medical science, she was able to incorporate flexibility into her schedule to prioritize taking care of her child.

“You can’t ask for a better job if you want to have a family,” she said. “I didn’t miss my daughter’s soccer games, didn’t miss parent-teacher conferences; I volunteered at her school.”

As it turned out, prioritizing family never hindered the professional growth of Harrington, Walvoord or Howenstine. They all say they have largely felt respected and supported by colleagues of all genders—yet there have been moments of frustration.

“I think there are always challenges of subtle gender bias you have to look out for,” Walvoord said. “Sometimes things a woman says are not taken as seriously. Same thing goes for colleagues of color.”

As part of its core values, IU School of Medicine recognizes all areas of medical education benefit from a diverse leadership team that includes women.

“Importantly, I believe the strength of many women lies in strong skills of emotional intelligence,” Howenstine said. “Often, we can keenly sense the temperature of a room or situation and know the best direction to take in solving the issues.”

To manage competing demands at work, Howenstine is intentional about her schedule.

“I have found it personally useful to build in some time on my schedule that is reserved to just getting work done,” she said. “And secondly, I try to look at a week ahead and note what is the main focus. If it is a clinically busy week, I will try to manage expectations to myself and others that delays may occur. Finally, I really try to do things that will save me time in the long run, such as preparing for meetings so they will run efficiently for all.”

Howenstine is now “Nana” to a grandson—with another one on the way—and she says time spent with family helps her recharge.

“Allotting time for family, friends and self is so important to deal with the stresses of medical practice and work,” she said.

To nourish mental health, Harrington makes sure to move throughout her day.

“Wellness is absolutely essential,” she said. “I always say, ‘You’ve gotta get the gremlins out.’ You’ve got to run, walk, get out and move around—do something to get away from it all for a while.”

Learn what life experiences guided the career paths of these IU School of Medicine leaders in education:

Howenstine leads both Graduate Medical Education (GME) for residents and fellows and Continuing Medical Education (CME) for physicians, nurses, pharmacists and other health care professionals. In the field of cystic fibrosis, she is considered a national expert, having been awarded over 85 research grants and fellowships and authored numerous scholarly publications, as well as previously directing the IU Cystic Fibrosis Center. In both GME and CME, Howenstine said her team’s most significant accomplishments have been collaborating with stakeholders to create innovative projects and development opportunities that reach beyond accreditation requirements. Read more.

As associate dean for Student Affairs, Walvoord works with medical students to support their professional and personal growth. She involves students in decision-making for initiatives relating to Match Day, orientation, graduation, mistreatment complaints and more. Increasing wellness initiatives is something Walvoord has prioritized since joining Student Affairs in 2017. Satisfaction rates from IU School of Medicine students show her approaches are resonating with them. Read more.

Harrington’s interest in cell biology started in grade school. As associate dean for medical student education in foundational sciences, she led the final stages of creating and implementing a new curriculum in 2016, collaborating with basic science departments and teaching faculty across all nine campuses. She also helped start and co-direct the MD/PhD program at IU School of Medicine, an eight-year, fully funded program for training medical scientists. Read more.