Information about our Afghan community

The government is an Islamic Republic and Islamic values, concepts and practices inform many social and behavioral norms throughout society. Afghans generally have a strong sense of personal honor. Hospitality, loyalty and modesty are highly valued. However, Afghan culture and daily life have been significantly impacted by constant conflict. Resilience is now an essential trait that has become instilled within the Afghan character as a result of these experiences.

While Afghanistan does have its own troubles, it's also an incredibly beautiful country that is full of amazing people.

The relentless conflicts of the late 20th and 21st century have produced generations of Afghans who have rarely experienced peace. Many Afghans think of themselves as survivors and tend to hold a stronger sense of loyalty for their kin, tribe, or ethnicity than their national identity. Some older Afghans may see the hardship and political turmoil of the past few decades as a recent devastating chapter in a much longer peaceful history. Afghanistan was widely considered to be a peaceful country in the Asia region.

One’s ethnicity is an instant cultural identifier in Afghanistan and usually defines people’s social organization. The most common ethnic groups are the Pashtuns, Tajiks and Hazaras. However, there are also significant populations of Uzbeks, Nuristani, Aimak, Turkmen and Baloch (among others).

Islam is the official religion of Afghanistan and the majority of the population is Muslim (approximately 99.7%).

The Afghan government is established as a Sunni Islamic Republic. Therefore, there is a strong societal pressure to adhere to Sunni Islamic traditions. The moral code of the Islamic doctrine tends to govern the political, economic and legal aspects of an Afghan's life. Not all Afghans are strictly observant Muslims.

One’s family is the single most important aspect of life in Afghanistan. Afghan culture is very collectivistic and people generally put their family’s interests before their own. This means that family responsibilities tend to hold a greater importance than personal needs. Loyalty to one’s family also generally supersedes any obligations to one’s tribe or ethnicity.

Throughout all of Afghanistan, family matters are kept strictly private. People are often reluctant to share personal issues with non-family members as community knowledge of a family’s struggles can bring shame on the household.

Family roles vary between ethnicities, socioeconomic statuses and regions. Nevertheless, a traditional patriarchal age hierarchy prevails throughout all. The eldest male has the most authority and decision-making power and usually controls all family spending. Every decision has to be approved by the husband or father.

Men carry the economic burden of the family and often have to single-handedly support the entire household. For a husband and father in Afghanistan, this can mean having to earn enough to support himself, his wife, his children and any parent or in-law living with the nuclear family.

Women are largely in charge of the domestic chores, cooking, raising the children, entertaining guests and catering to the needs of the man of the house. It is viewed as the woman’s duty to ensure guests are properly entertained and catered to in the most hospitable way the household can afford. The senior woman will also be in charge of portioning a family’s supply of food for the year.

Children are to show reverence and deference to their parents and elders. Disobedience of an elder’s words is perceived as extremely disrespectful and punishable behavior. This expectation of social compliance loosens as people gain adult independence. However, even at a mature age, an Afghan is expected to respect their parents’ wishes and take advice from those who are older.

Sources and ways to help 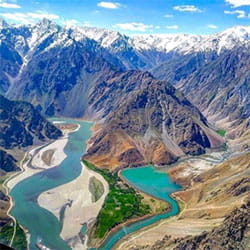