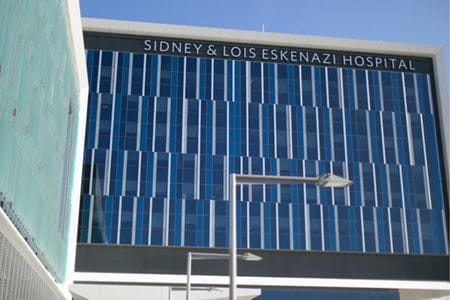 Earlier this month, Environmental Services (EVS) staff at Eskenazi Health collectively received a $54,380 donation thanks to a fundraising effort spearheaded by that facility’s hospitalist group.

Kevin Tolliver, MD, MBA, FACP, a hospitalist and assistant professor of clinical medicine, said the fundraiser arose from a discussion among his colleagues about how the EVS staff, who maintain the cleanliness and sanitization of the hospital, were risking their own health during the COVID crisis.

“We would see them gowning up in all their personal protective equipment, and cleaning the rooms on the ward,” Tolliver said. “We thought we should do something to show our appreciation.”

Tolliver approached Curtis Wright, MD, CEO of Eskenazi Medical Group, with the idea. Wright then brought it to the attention of the Eskenazi Foundation, who offered to match the funds the hospitalists raised.

Recognizing the potential to make a bigger impact, Tolliver invited the physicians in palliative care and in the Emergency Department to participate. They ended up with $54,380, including the match, after about ten days, he said.

“I never imagined we would raise this much money, but the EVS employees are so deserving,” he said.

According to Tolliver, the funds were divided amongst the 110 EVS employees, so each employee received nearly $500.

Ernest Vargo II, CFRE, President and CEO of the Eskenazi Health Foundation, thanked Tolliver and Wright for leading the initiative.

“It is important to recognize that, while we are incredibly grateful to our physicians and nurses for their service, our health system relies upon many more heroes, especially during a time like this,” Vargo said. “The many men and women in our Environmental Services department have contributed significantly to Eskenazi Health’s ability to provide for our community during this challenging time.”