Even a medical student can help change public policy 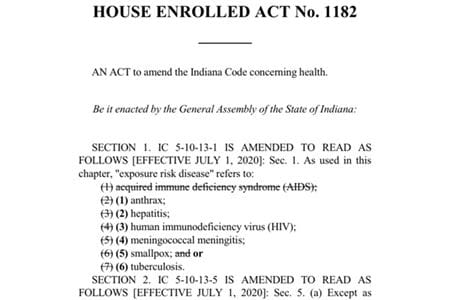 Similar to many of you, I have had a lot of time to reflect and write in the past few weeks. I realized that I have used the phrase “just a med student” more times that I can count for the past four years. This was a self-imposed mantra to make sure that I was never in the way or bothering anyone. I used it in front of patients to make sure that they knew that I was not responsible or in charge. I used it when I entered a room at the hospital so that people knew that I am not someone that needs to be acknowledged. I repeated this in my head so much that I believed that I was not important enough to be heard or to make a difference.

This all changed in January, when I heard some horror stories regarding needlestick injuries (when a needle that has been exposed to a patient’s blood pierces the skin of another person/provider). My sister-in-law, who is a physician, received a needlestick injury when a patient decided to attack her with a needle during a bedside procedure. This put her at risk for Hepatitis B, Hepatitis C and HIV. HIV is unique in that consent from the patient is required before they can be tested. Thankfully, that patient had been tested for HIV a couple days prior and had been in the hospital since then, so she knew that she was not at risk. In this situation, the patient presumably would not have consented to being tested. Unfortunately, needlestick injuries are incredibly common and can happen with the trainee or the most experienced provider.

When a provider has a needlestick injury and the patient has not been tested for HIV or refuses to consent to be tested, the provider has the option to take post exposure prophylaxis medications with significant side effects. You are also subject to several blood draws to make sure that you do not develop HIV. A legal survey written in 2012 looked at every state’s laws regarding HIV testing in the case of a needlestick injury and found that 36 states have laws to protect providers in these kinds of situations. I would argue that if anything, even more states have adopted this practice since then. Unfortunately, at the beginning of year 2020, Indiana was not one of these states. However, Indiana’s laws already had protections for EMS providers and law enforcement officers. This meant that in the case of a needlestick injury/occupational exposure, it was presumed that the patient had consented to be tested. A court order could be made for the test if that patient refused. 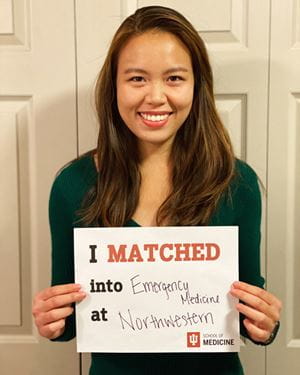 I was tired of complaining about things but never taking the steps to change it. So even though I am just a medical student, I did something. I wrote long emails to my state congressmen citing papers, statistics, and Indiana state code. I didn’t receive a response. I eventually got a flyer in the mail stating that one of my state representatives was hosting open office hours in early February, and I decided to attend (shoutout to Representative Justin Moed). He agreed with me and helped to push it to become a part of House Bill 1182 (which happened to deal with issues regarding HIV). I was invited to testify at the state house, but I was out of town and ended up submitting a letter in my place. The bill was approved at the end of February and signed into law in the beginning of March. Starting on July 1, 2020, healthcare providers will be extended the same protections as our EMS providers and law enforcement officers. As my first foray into public policy, this helped me to believe in the process. It is rare that something like this happens so quickly, and I was lucky that I had a state representative that pushed hard for this, and that there was already a bill going to committee that was relevant to my topic. I’ve learned that if there is something that you want to change, say something. The worst response you can get is no. Start with small and attainable goals and do your research. Even me, just a medical student with no official degree, can help to change the laws of a state.

Evelyn is medical student in the class of 2020 at IU School of Medicine. She recently matched into emergency medicine at Northwestern.