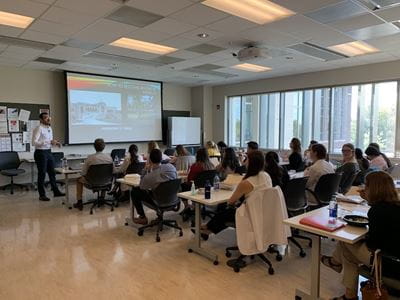 This is the first installment in a series of blog posts to celebrate Hispanic Heritage Month. Each year, National Hispanic Heritage Month is observed from September 15 to October 15, celebrating the histories, cultures and contributions of American citizens whose ancestors came from Spain, Mexico, the Caribbean and Central and South America. The dates are significant because many Latin American countries celebrate their independence days during this 30-day period.

Cultural differences are central to understanding why health care disparities persist in Indiana and throughout the United States, affecting so many people in the Hispanic/Latino population.

“I believe there are still many barriers to accessing health care, and not just lack of insurance and lack of transportation, but there’s also a cultural divide,” said Cecilia Tenorio, MA, who co-directs the Care of Hispanic/Latino Patients Scholarly Concentration program at Indiana University School of Medicine. “Even when there is medical care, sometimes it’s not what it should be. In our program, the goal for our students is to become more culturally savvy and aware so we can bridge that gap, and they can communicate better with the Hispanic population. The result will be better health care.” 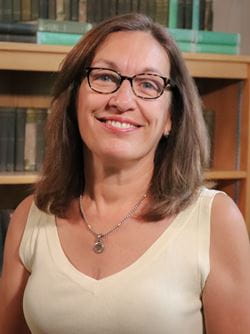 The Care of Hispanic/Latino Patients program operates from IU School of Medicine-West Lafayette in Tippecanoe County, a rural area with a larger-than-average Hispanic population for the state. Tenorio, an adjunct lecturer in family medicine who specializes in medical Spanish and runs the Spanish for the Professions minor program at Purdue University, did not begin her career in academia. Originally from Argentina, Tenorio came to the United States as a journalist, working with Reuters and the Associated Press. In Tippecanoe County, she started a Spanish edition of the Lafayette Journal & Courier, which she ran for 11 years.

One thing she’s learned from her many years of working with the Hispanic population is it’s amazingly diverse.

“It’s a misconception that Hispanics and Latinos all share the same background and ideas. There are 20 different Spanish-speaking countries, and there are the Hispanics born in the United States who grew up here,” Tenorio said. “It’s a very complex ethnic group you’re dealing with.”

As an amusing example of regional variations in language, she points out, “there are at least 15 different words for popcorn!” Discussing popcorn might lead to a light-hearted cultural conversation, but what about language differences when it comes to human anatomy? Sometimes, even using a translator, medical terms are misunderstood, underscoring the need for more students to study medical Spanish. 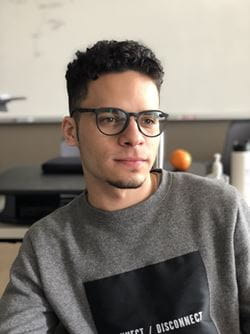 “Try to think from the mind-frame of someone coming from another country who may have seen a healer there or who has a grandma who taught them how to cure things with herbs, who maybe needs to consult with his or her family before getting treatment,” Tenorio said. “These kinds of conversations are what enrich our students.”

Second-year medical student Christian Arce Guzman, who immigrated from Cuba as a teenager, remembers seeing a Cuban “curandero” for minor ailments. Curanderos are native healers who use folk remedies—a common practice in many Latin American countries.

“My parents both had training and backgrounds in health care, but when I was a kid and had a tummy ache, I would see a curandero,” Arce Guzman recalled. “People really put their trust in those healers.”

Many in the Hispanic population distrust American doctors, he said, often believing that because they are well paid, they are not “called” to medicine. Trust is further hindered by language barriers. 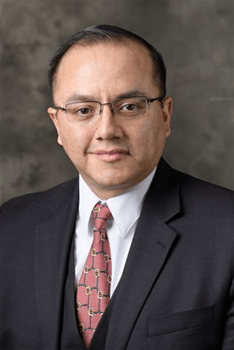 One of the more surprising aspects of the Care of Hispanic/Latino Patients scholarly concentration is its own demographic makeup. About half of the medical students who choose to join the program are not Hispanic.

“I was pleasantly surprised that so many students who are not Latino want to learn and contribute to minimizing health disparities in this population,” said Munguia-Vazquez.

Mark Westbroek is among those learners. His interest in serving the Hispanic population stems from his experience as a missionary in Guatemala, where he lived for two years, immersing himself in the culture. 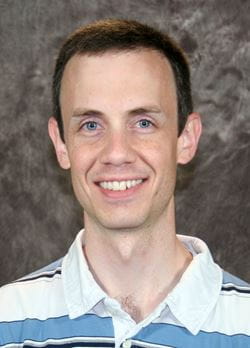 “I am not Hispanic, but living in Guatemala changed my outlook on life,” said Westbroek, who decided to pursue a medical degree after earning his PhD in medicinal chemistry and molecular pharmacology. “Although I still have a lot to learn about Hispanic/Latino customs and culture, it is easier for me to put myself in their shoes and see from their eyes. They helped me become a better person, and I hope to return that favor to them as a physician.”

One thing he admires about Latino culture is the strong sense of personal connection that exists between family members, friends and neighbors. “Everything they do is motivated by caring for others,” he said.

Westbroek’s scholarly research project examines health care disparities for people who are uninsured or insured by Medicaid, a group that includes a significant percentage of Hispanics.

As someone who studied medicine in Mexico, completed medical training and post-doctoral studies in Canada and now works in the United States, Munguia-Vazquez brings a valuable perspective when medical students compare the strengths and weaknesses of different countries’ health care systems.

“We try to help our students understand that the Hispanic/Latino patient has a very different set of ideas or way of thinking when they come to the United States,” he said. 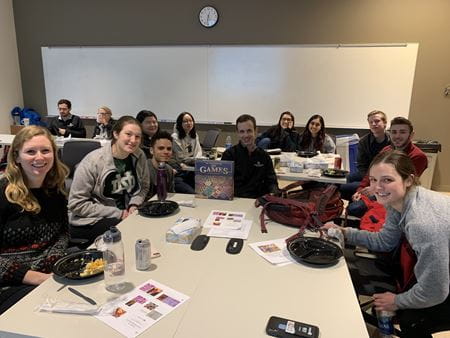 The Care of Hispanic/Latino Patients program grew out of a “journal club” of medical students interested in learning more about Hispanic culture and language. Both Munguia-Vazquez and Tenorio stress the full support they have received from Regina Kreisle, MD, PhD, associate dean of IU School of Medicine-West Lafayette, who has been a strong advocate for the program since its creation.

Now a scholarly concentration, the program continues its mission of preparing physicians to provide better care to this underserved population.

Munguia-Vazquez’s advice to all future physicians is this: “Try to understand your patient. They might not look like you, they might not speak like you, but still, they need your care as a physician.”

Read the next installment in this series celebrating Hispanic Heritage Month.