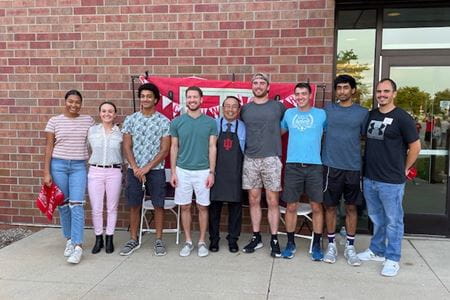 “The overall support system in Fort Wayne is so strong, and everybody knows you on a personal level,” said third-year medical student Leah Amstutz. “Having a small class size really allows you to get to know your classmates and build a valuable sense of camaraderie and community.” 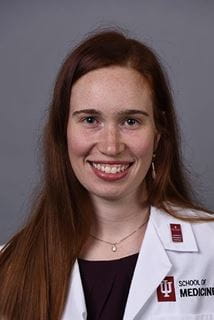 Amstutz grew up in Goshen, Indiana, about an hour northwest of Fort Wayne. She initially wanted to go to medical school in Indianapolis but quickly grew to appreciate her experience in Fort Wayne—so much so that she elected to stay on the regional campus for the entirety of her medical school career. She’s also added a Master’s of Public Health for a combined MD/MPH degree.

“The experience you get in Fort Wayne is rich in a different way,” Amstutz said. “It’s not the experience you get at the large teaching hospitals in Indianapolis, where a big team of people is going on rounds every morning. Instead, on a regional campus, you get much more time one-on-one with your preceptor.”

Shortly after entering medical school, Amstutz became involved in a student-led effort to open an outreach clinic for medically underserved populations in Fort Wayne. The COVID pandemic derailed plans for opening in the spring of 2020, but the Student Outreach Clinic (SOC) finally opened in October 2021 in partnership with Matthew 25, a non-profit health care center providing free services to low-income adults without medical insurance. 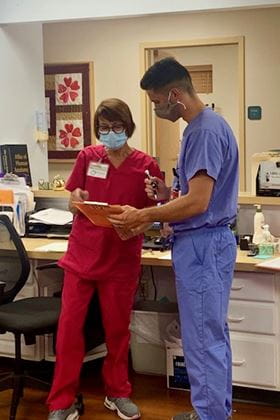 “The student clinic is held in the evening, which is important for expanding access to medical care for people who have a difficult time getting time off of work to come to a doctor’s appointment,” said Amstutz, president of the SOC. “I am passionate about working with populations that are considered underserved and am very aware of the broader social determinants of health that affect patients and make one group of people more ‘underserved’ than others.”

“The patient population is very diverse in Fort Wayne,” said Caleb Morton, a third-year medical student and vice president of the SOC. “You see a lot of different ends of the spectrum—patients that are very well off and patients that have very few resources and may not speak English.”

Some of the outreach clinic’s patients are homeless, added Kendra Hollenbeck, the SOC student manager.

“Volunteering at the Student Outreach Clinic is a good way to get out of the comfort zone to speak to people cross culturally,” she said. 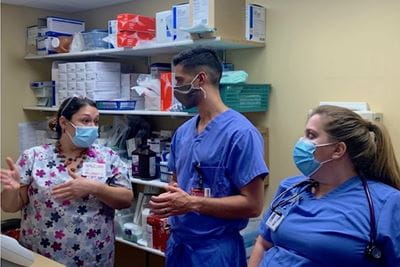 Supplementing her work at the clinic, Hollenbeck also participates in the scholarly concentration program offered exclusively in Fort Wayne, Health Integration and Healthy Aging. Before coming to medical school, she worked as an EMT and paramedic. That experience helped inspire her scholarly concentration research project on death anxiety and how it may be alleviated with advanced directives like living wills.

“As an EMT, I worked with a lot of elderly people and a lot of people who were scared of dying,” she said. “The scholarly concentration program has taught me more about working with the elderly and how to make the health system better for people of all ages.” 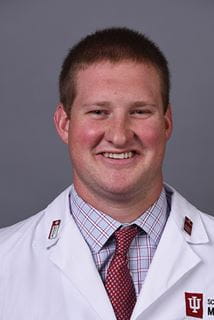 As a Fort Wayne native, fourth-year medical student Connor Holcomb has long known about the region’s amenities, but he has enjoyed discovering what his home community has to offer for medical professionals.

“Every physician I’ve worked with has said this is a great place to practice medicine,” he said. “The cost of living is great, the patient population is inspiring, salaries are good, it’s a nice-sized city to raise a family, and we have two big hospital systems plus IU Health recently coming into the area. You do see a variety of pathology.”

Holcomb’s first experience with IU School of Medicine–Fort Wayne was through an undergraduate research program designed to expose students to the process of research and—as it did in Holcomb’s case—get them to consider going to medical school in Fort Wayne.

As an incoming medical student, Holcomb thought he wanted to go into orthopaedic surgery, and he was given the opportunity to do a research project in that field. However, his clinical experiences with various specialists changed his mind on his intended specialty. Through rotations with Judith Kennedy, MD, Keith Davis, MD, and Thomas Wheeler, MD, Holcomb discovered he enjoyed the variety and continuity of care in obstetrics and gynecology. 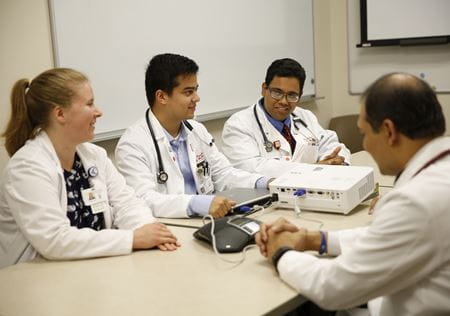 “There are so many specialists and so many physicians who are excited to teach,” Holcomb said. “I could nominate 9 out of 10 of the volunteer faculty preceptors I’ve worked with for teacher of the year.”

Ashley Berish, MD, a 2017 IU School of Medicine–Fort Wayne graduate, had a similar experience and has now returned to practice obstetrics and gynecology in Fort Wayne.

“For many of the doctors I learned from in Fort Wayne, I was their only med student the whole year. They really just let me in on the most authentic parts of their everyday life,” Berish recalled. “Getting that really honest look into someone’s day-to-day helps you understand what you want to do with your life clinically.”

Davis volunteers as an adjunct clinical assistant professor of obstetrics and gynecology and enjoys helping medical students explore the field.

“A relationship with students at IU School of Medicine–Fort Wayne is beneficial in that precepting is a tool for recruitment for future physicians to the area,” he added. 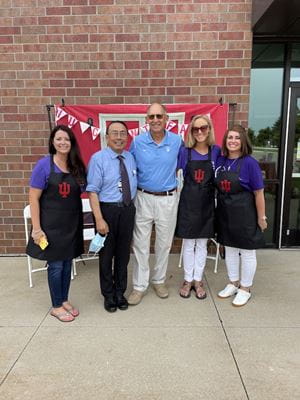 From the very beginning of their medical school experience, students in Fort Wayne say they feel supported by members of the local health care community. Davis’ wife, Dawn Davis, serves as medical school liaison for the Fort Wayne Medical Society Alliance (FWMSA), which hosts a “welcome” barbecue for beginning medical students each year.

“It is an ice-breaking event for them to mingle with other students and area physicians,” she said. “We feel that by supporting the medical school, we are providing an open and warm community for the students. The students will hopefully come back to Fort Wayne and practice after they are out of residency.”

The Davis’ son, Kyle, recently graduated from IU School of Medicine–Fort Wayne and said the regional campus afforded him a smaller learning environment, close relationships with faculty, more opportunities to assume leadership roles and the ability to work one-on-one with attending physicians.

With a class size of 32, there’s nowhere to hide. Professors, peers and the office staff know every student by name. 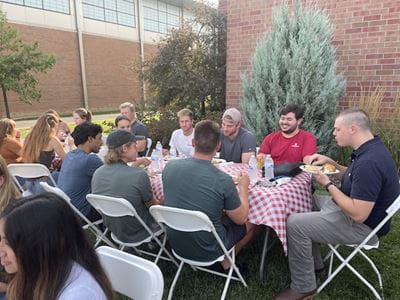 “All the instructors have an open door policy,” Holcomb said. “Even the secretaries and support staff in the office know you really, really well.”

Holcomb also developed a solid study group with his peers. For a month prior to taking a grueling, nine-hour medical licensing exam, Parkview offered them a private study room at the hospital to help them prepare.

“You spend so much time with each other, you know what’s going on in everyone’s personal life and are there to help,” Holcomb said. “It’s a close bond. They’re friends for life.”

Learn more about the history of IU School of Medicine–Fort Wayne and its leaders’ vision for the regional campus to become a hub for health science education and research in northeast Indiana. 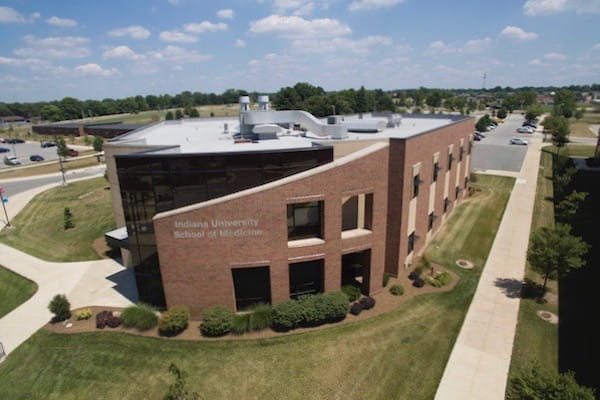